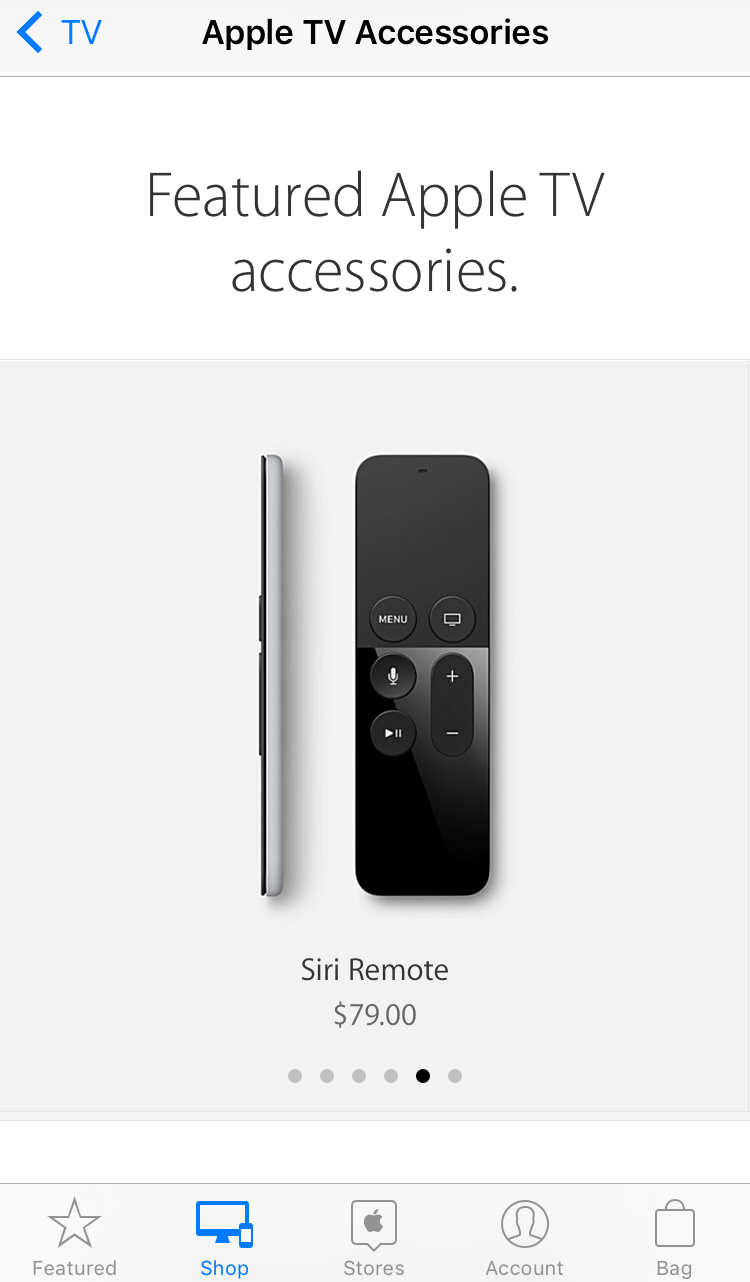 The new Apple TV went on sale today, and Apple is pushing several accessories to go along with the launch. We outlined some of the more interesting accessories in this post, but I wanted to talk a bit more about the Siri Remote.

The Siri Remote is, of course, bundled with all new Apple TVs. When you buy a new Apple TV, you get everything that you need to get started in the box.

Yet, Apple is selling the Siri Remote as a separate purchase as well.

This intrigued me for several reasons—first, the Siri Remote is actually more expensive than a base configuration Apple TV itself. The Siri remote is $79. The new Apple TV with 32GB of storage is $149 and includes a Siri Remote. Simple math says that without the Siri Remote, the new Apple TV is $70. Obviously, the pricing semantics aren’t that simple, but you get what I’m trying to say here.

But far more important than price, is the fact that you cannot connect more than one Siri Remote at a time. That’s right, only one Siri Remote may be connected to an Apple TV at any given time. That means no multiplayer games using multiple Siri Remotes, or anything else of the sort. For this reason, you should skip the extra Siri Remote purchase at this time. 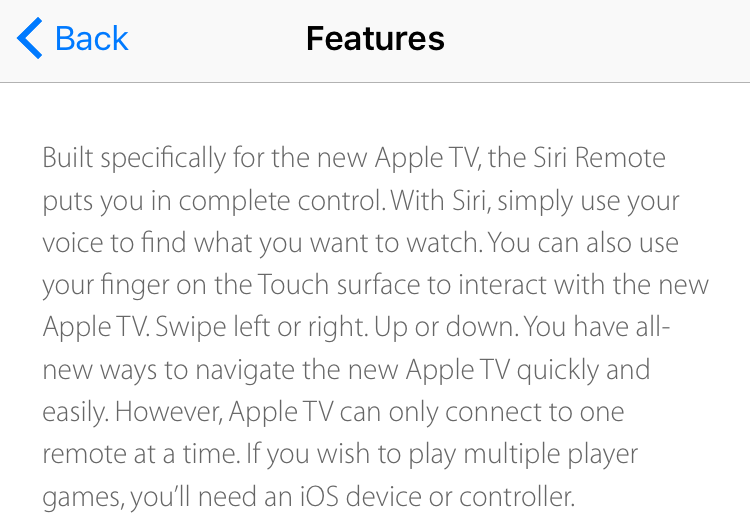 But what if you really are interested in multiplayer gaming? In that case, you can use an iPhone or an iPod touch as an input option. If you’re looking for traditional tactile feedback, you can opt for something like a SteelSeries Nimbus, or any other compatible wireless Bluetooth controller.

That’s the reason that these Siri Remotes are being sold separately. I did find it weird, however, that Apple recommend the remote to me during the checkout process. Though, it appears that its no longer doing that. The recommendation could have easily confused those not in the know, and made them assume that multiple Siri Remotes could be used Wii-style.