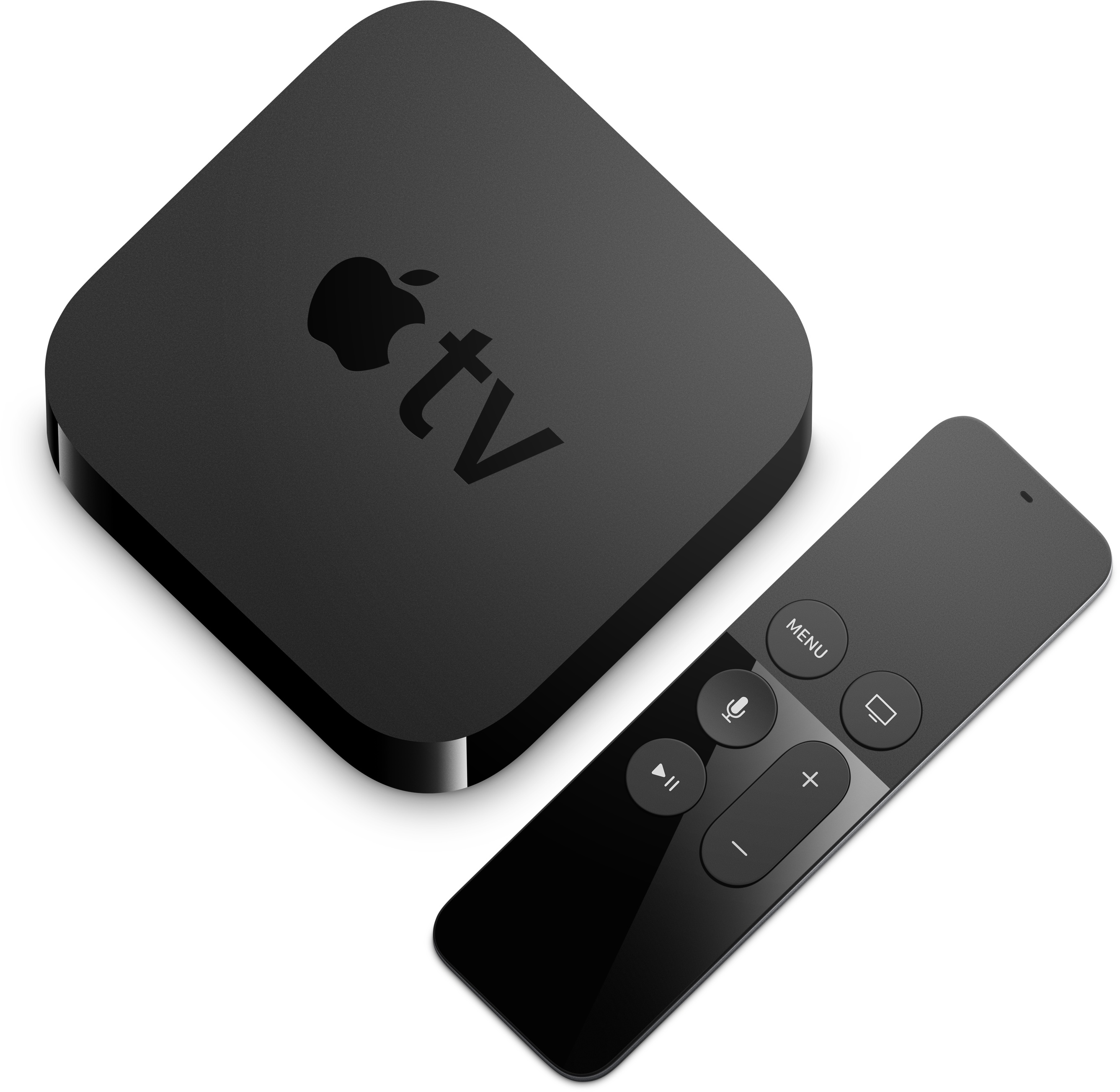 Apple this morning started accepting pre-orders for its fourth-generation set-top box, the Apple TV, ahead of official launch this coming Friday.

The box comes in two storage flavors: one with thirty-two gigabytes of built-in flash storage, costing $149, and the other featuring double the storage for $199.

There has been some confusion as to how users might benefit from twice the storage, especially in relation to third-party apps and games.

According to Apple itself, choosing between the 32 and 64GB Apple TV model comes down to whether you’ll be using the gizmo to stream media and occasionally play games, or primarily for playing games and downloading apps from a built-in App Store. 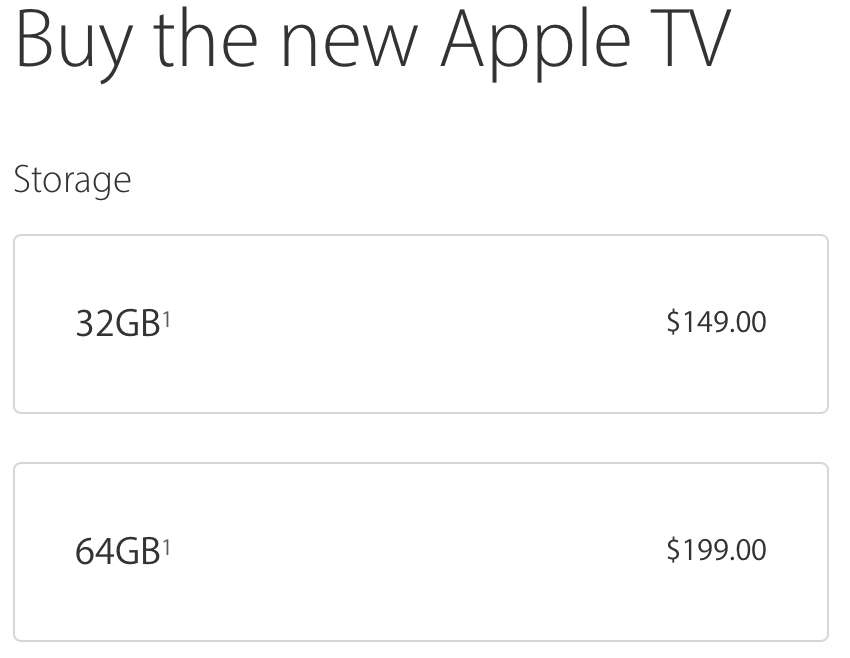 “If you plan to use your Apple TV primarily to stream movies, TV shows, and music or to play a few apps and games, you’ll probably be fine with 32GB of storage,” reads a notice on Apple’s official ‘Buy Apple TV’ webpage.

“If you plan to download and use lots of apps and games, choose the 64GB configuration. Keep in mind when making your decision, that some apps, when in use, do require additional storage.”

Third-party apps and games are limited to an up to 200MB initial download, but games will benefit from new APIs allowing them to retrieve additional resources, like new levels, transparently in the background as they’re needed.

“It doesn’t mean that a game can only be 200MB in size, it simply means that the initial bundle—the portion of the app that’s required for a user to start using it—should be 200MB or less,” as my colleague Jeff Benjamin explained recently.

Even better, Apple is allowing third-party Apple TV apps to download an additional 2GB of resources immediately. An Apple TV app’s maximum footprint on the device can be 2.2GB at any given time.

As for on-demand resources (which are, again, additional app contents), these are hosted on the App Store and tvOS takes care of managing downloading and storage. 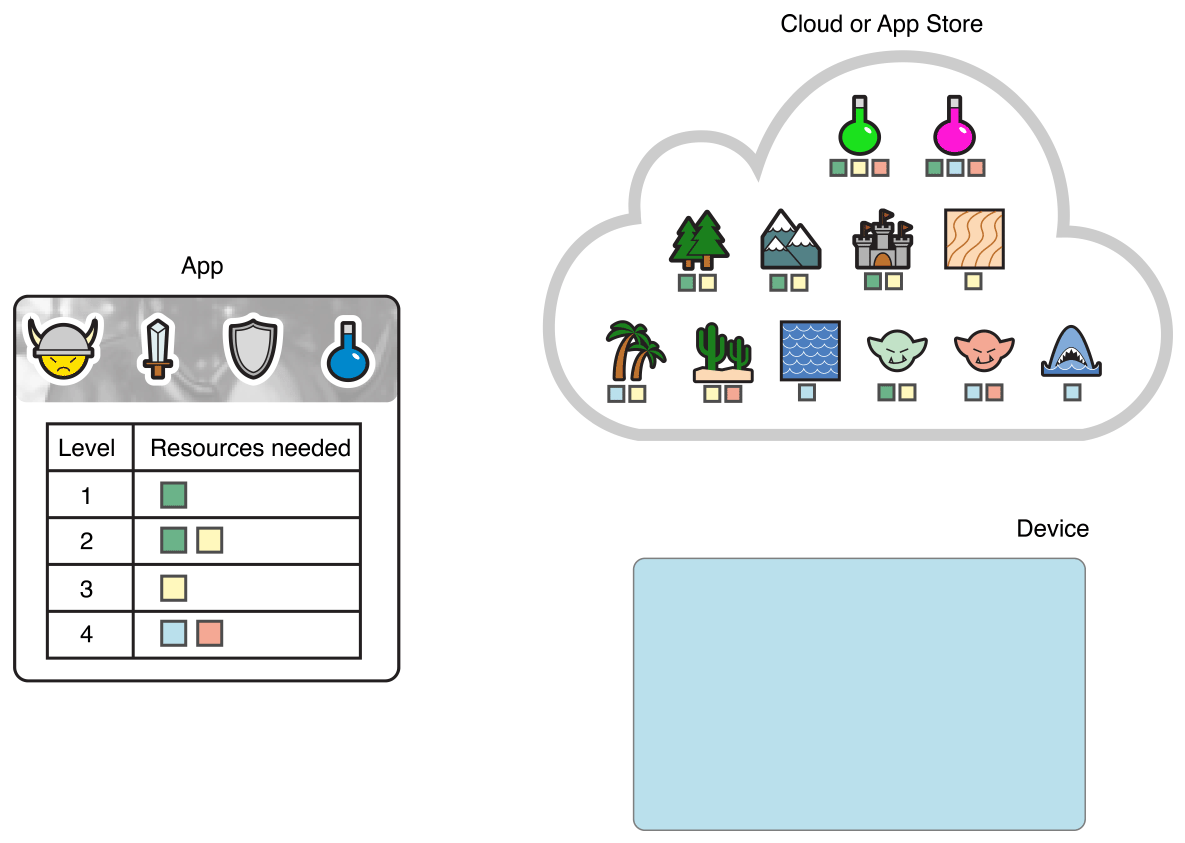 As you quit apps that have downloaded additional resources, tvOS may choose to keep them on the device through multiple launch cycles, making access even faster, or delete them altogether should you run low on storage space.

Therefore, choosing the right Apple TV model in terms of storage plays an important factor in what kind of user experience you can expect from the device.

“There is no persistent local storage for apps on Apple TV,” as per Apple’s documentation for developers. “This means that every app developed for the new Apple TV must be able to store data in iCloud and retrieve it in a way that provides a great customer experience.”