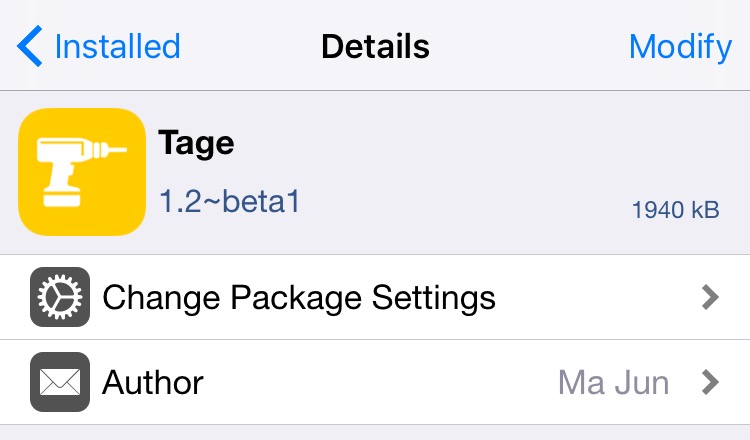 Tage is a jailbreak tweak that is well regarded in the jailbreak community. In fact, it was our 2014 tweak of the year.

Tage is a tweak that acts as an App Switcher replacement, and so much more. Up until now, Tage hasn’t been compatible with iOS 9 and the latest Pangu jailbreak, but that’s all changed with today’s 1.2-beta 1 release.

If you want to try out the Tage beta, read the rest of this post for the details. Also, be sure to watch our in-depth walkthrough video explaining why Tage is so loved around these parts.

This should add the Tage beta repo to your list of Cydia sources. From there, it’s just a matter of tapping the Changes tab, and selecting the Tage beta package and installing.

As you can see, we’re pretty big fans of Tage, and having a working beta for iOS 9 definitely makes this latest jailbreak feel more complete.

Not only does Tage let you invoke the App Switcher via a simple swipe gesture, it features a quick swicther to quickly switch between apps (I wasn’t able to get this working yet), features the ability to swipe directly between apps, and lets you swipe up from the bottom of the screen to reach the Home screen. And folks, that’s just the beginning of what Tage allows you to do.

Be warned that not everything works in the Tage beta, as I ran into several issues. But this is certainly a step in the right direction, and it’s free to try the beta.

Are you a big Tage fan? Are you happy to see a working version of the tweak for iOS 9?