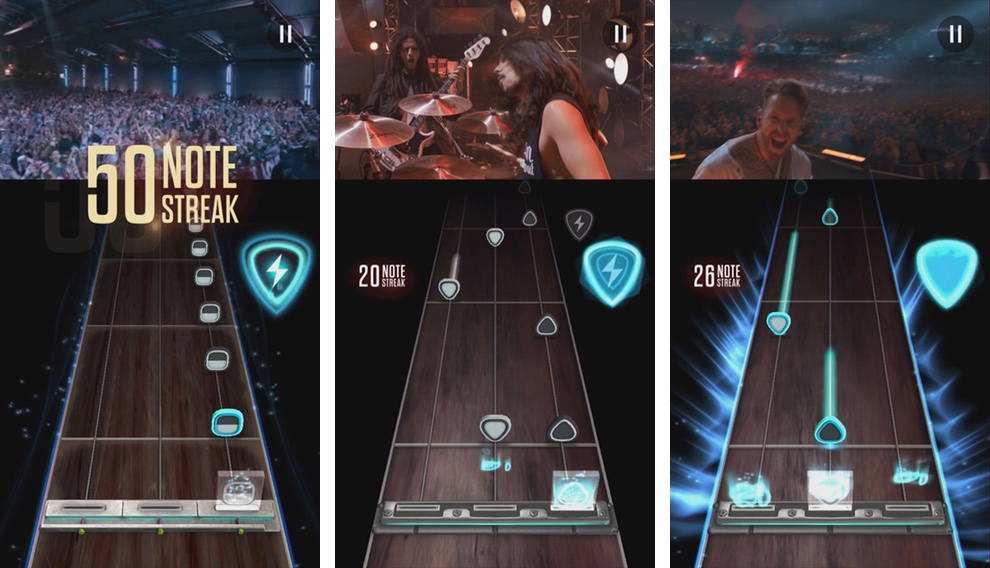 The game is available in the United States starting today and will be launching in Europe this coming Friday, October 23, with an Apple TV version releasing later this year.

An optional $99 bundle is available from major retailers around the country with an AA batteries-powered Bluetooth Low Energy guitar controller along with guitar strap and included redeem code. A two-guitar bundle is $149.99.

Developed by FreeStyleGames, the studio behind DJ Hero and DJ Hero 2, Guitar Hero Live lets you rock real crowds with real reactions in Live mode and includes a second mode, called GHTV, billed as the world’s first playable music video network with a library of hundreds of music videos that you can play. 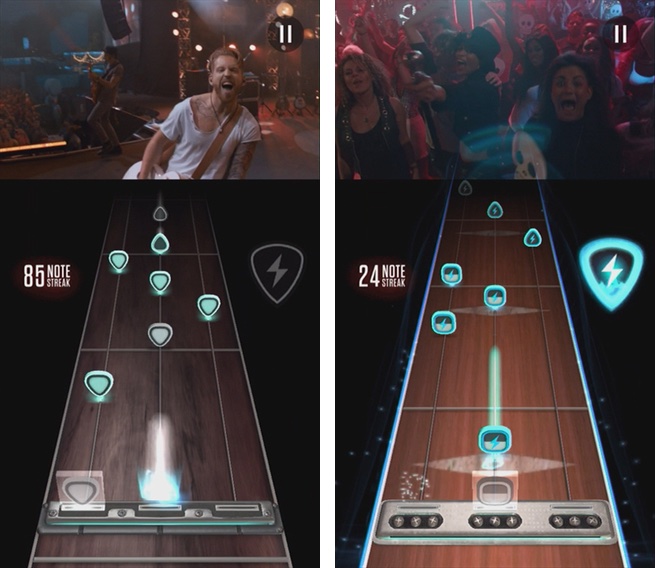 Featuring hundreds of songs to choose from, the Live mode brings the first-person point of view to Guitar Hero, with a real crowd in front of you reacting to how well or poorly you perform. Footing of crowd reactions was shot live with musicians performing in front of real crowds.

Check out the reveal trailer below.

GHTV mode offers a continually-updated collection of official music videos that you can play along to. You can choose different channels of music or play songs on demand. A feature called Premium Shows will highlight content such as live concert footage, debut music videos and more.

And if you plug in a compatible microphone, you can sing along to the music in both GH Live and GHTV with lyrics displayed on screen. The GHTV platform is launching with hundreds of songs and new songs will be added on a weekly basis, Activision said.

“Fans can win fame playing solo or with their friends in local head-to-head multiplayer, and online against other players trying to master the same song,” said Activision.

Activision has teamed up with T-Mobile to bring the $99 Guitar Hero Live bundle to qualified customers for $0 down, plus monthly installments of $4.16 over 23 months and a final payment of $4.31. The bundle is available starting today in T-Mobile stores nationwide and online at T-Mobile.com/GuitarHeroLive. 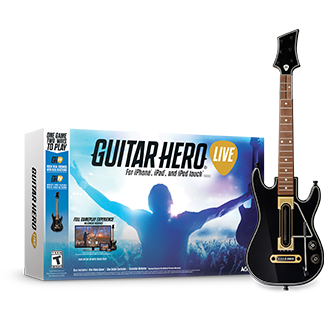 The bundle includes a Bluetooth guitar-shaped controller with two rows of three buttons each and a redeemable code to download the full mobile game.

The English-only title requires at least three gigabytes of free device storage space. TV play requires a Lightning Digital AV adapter and HDMI cable or an Apple TV, sold separately. In addition to iOS, Guitar Hero Live is available on the PlayStation 4, PlayStation 3, Xbox One, Xbox 360 and Wii U consoles.

Grab Guitar Hero Live for free in the App Store.