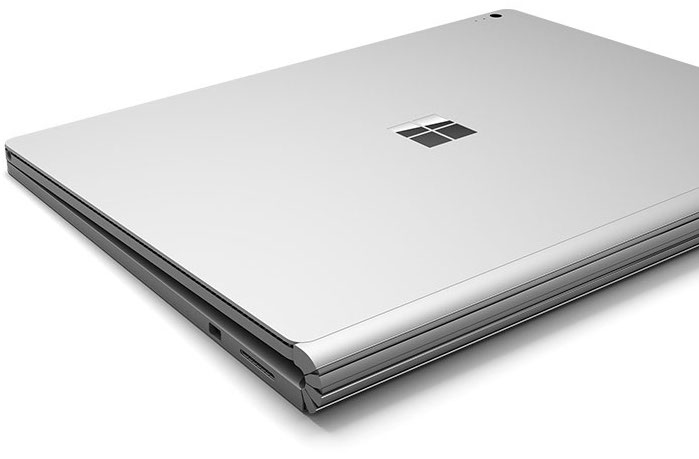 In addition to launching the new $899 Surface Pro 4 with the Surface Pen stylus, Windows giant Microsoft has another highly-popular Apple product in its crosshair: the MacBook Air.

Billed as “the ultimate laptop,“ the Surface Book is another hybrid device from Microsoft. Featuring an accurate, responsive stylus, multi-touch support and a high-resolution 13.5-inch optically bonded screen that detaches easily from the keyboard, the new Surface Book promises to offer best of both worlds.

The Surface Book is driven by Intel’s sixth-generation Core i5 and Core i7 processors with up to twelve hours of video playback. The 13.5-inch PixelSense display at 267 pixels per inch with improved touch latency and parallax is “natural and fluid to write on,” according to the Redmond firm. 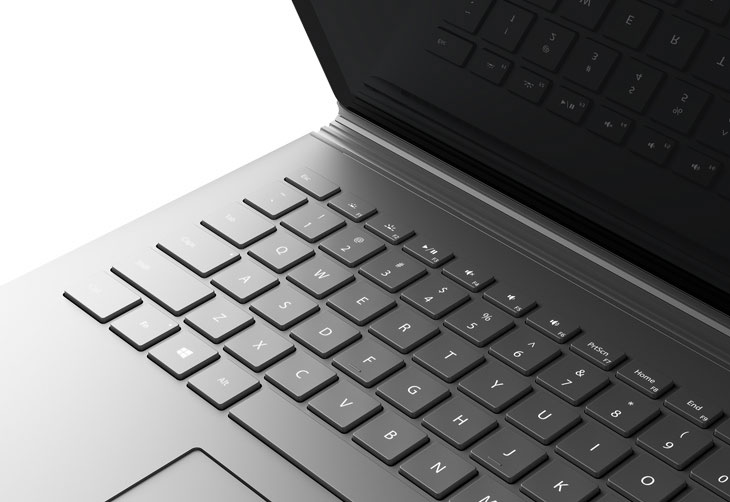 In terms of graphics, the baseline Surface Book configuration uses Intel HD graphics 520 but you can optionally upgrade it to discrete Nvidia GeForce graphics with dedicated 1GB of DDR5 video memory and hardware-acceleration for video editing, fast rendering and immersive gaming.

For those wondering, that 13.5-inch 3:2 aspect ratio screen maxes out at an astounding 3,000-by-2,000 pixel resolution. Contrast ratio is 1800:1 and the display can detect up to ten simultaneous touches at once. Like on the Surface Pro 4, each Surface Book screen has been individually calibrated to achieve 100 percent sRGB color.

If you the embedded video won’t show, watch it on YouTube.

Next, the front-facing camera has five megapixels and supports 1080p video capture (you can use it to log into Windows with the Hello facial recognition feature). An eight-megapixel camera on the back is also capable of capturing 1080p video.

In terms of connectivity, the Surface Book is 802.11ac Wi-Fi and Bluetooth 4.0 compatible. Other features include a full sized, backlit keyboard, up to 16 GB of memory, and the same Windows Hello and Cortana software features provided by Windows 10. 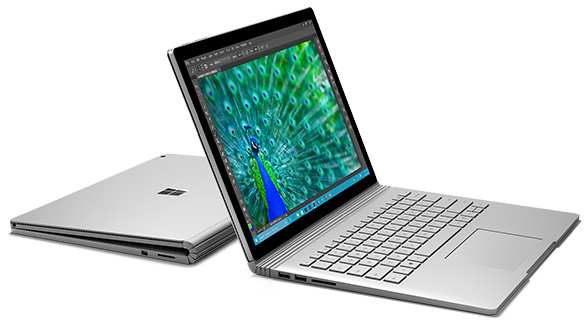 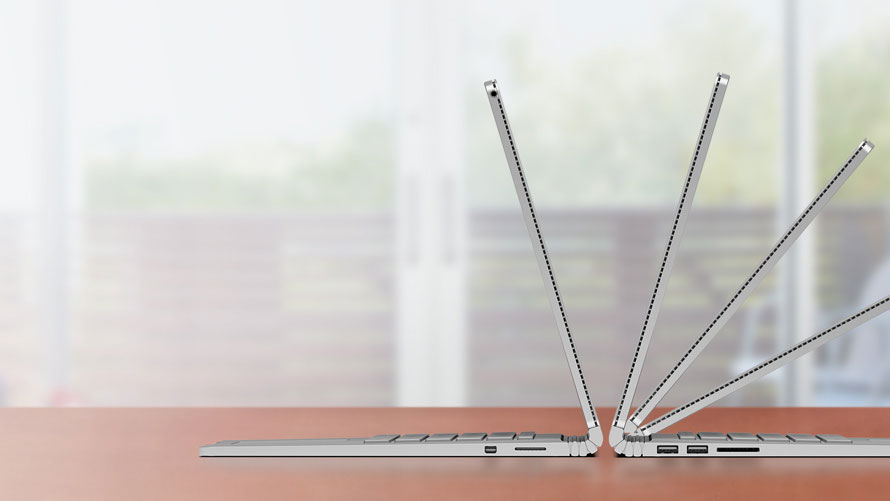 In terms of I/O, the Surface Book has two full-size USB 3.0 ports, one Mini DisplayPort, a single full-size SD memory card reader and the Surface Connect for power and docking (base and clipboard).

These are estimated retail prices so actual retailer pricing may vary.

The Surface Book will be on sale in Canada and the United States on October 26, like the fourth-generation Surface Pro and Microsoft’s refreshed accessories lineup. The Surface Book can be pre-ordered in select markets October 7, 2015.