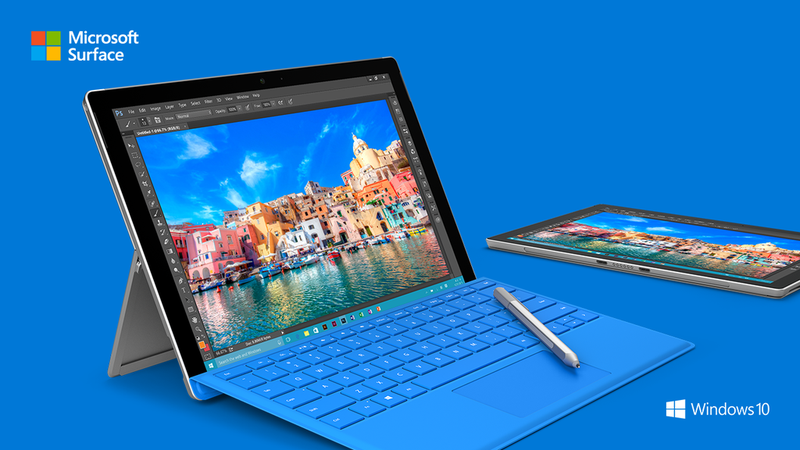 The thinnest and most powerful Surface yet, the Surface Pro 4 features a larger display than its predecessor, fitting a 12.3-inch display in the same physical footprint as the older twelve-inch device, making the laptop/tablet hybrid compatible with the existing crop of keyboard accessories on the market.

Microsoft also designed a brand new stylus to go with the Surface Pro 4. They’re calling it the Surface Pen and it’s extremely sensitive at detecting 1,024 levels of pressure.

As mentioned, the new Surface Pro 4 features a 12.3-inch PixelSense 3:2 aspect ratio display in the same physical footprint as the older twelve-inch device. At only 8.4 mm thin and weighing in at 786 grams (1.73 pounds), the new Surface is thinner and lighter than its predecessor.

The PixelSense screen has five million pixels at a resolution of 2,736-by-1,824 pixels at 267 pixels per inch. The contrast ratio is 1300:1. Each display has been individually calibrated to achieve a hundred percent sRGB color.

The new Surface, rated with up to nine hours of battery life for vide playback, is driven by Intel’s sixth-generation Skylake processors (Core m, Core i5 and Core i7), with Microsoft claiming the device to be one-third faster than its predecessor and up to 50 percent faster than Apple’s MacBook Air notebook.

The gizmo runs Microsoft’s Windows 10, which can run both desktop and tablet applications, as the Surface was designed to be a tablet that can replace your laptop.

Check out Microsoft’s rather nicely done promotional video below.

If you can’t see the video embed, watch it on YouTube.

The device incorporates a fingerprint sensor on the keyboard, has the 0.4mm-thick Gorilla Glass 4 covering the front and runs a Microsoft-designed ‘G5’ chipset which controls the Surface’s responsive touchscreen. Built-in flash storage can be upgraded from the base 128 GB to up to one terabytes while the memory varies by model at 4 GB, 8 GB or 16 GB.

Wireless stack supports 802.11ac Wi-Fi with MIMO and Bluetooth 4.0. Other hardware features include a five-megapixel front camera with 1080p video capture, an eight-megapixel sensor out the back with auto-focus and 1080p video capture, stereo microphones, stereo speakers with Dolby audio, one full-size USB 3.0 port, a Mini DisplayPort and a microSD card reader.

The all-new Surface Pen is bundled with the Surface Pro 4.

It can detect 1,024 levels of pressure so it’s more sensitive and accurate then before. The Surface Pen has an eraser on one end and attaches magnetically to the side of the Surface Pro 4 when not in use. 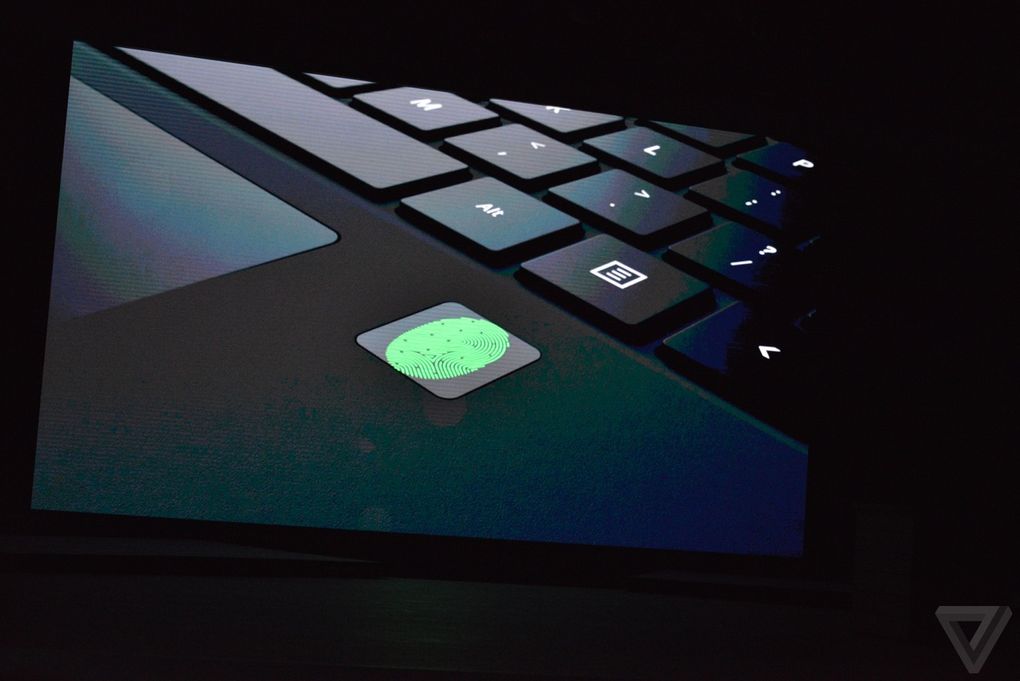 A dedicated button on the stylus lets you invoke Microsoft’s Cortana voice assistant. A built-in battery provides “all-year battery life,” according to Microsoft.

Last but not least, an all-new Type Cover (sold separately) is available for the new Surface, featuring a redesigned mechanical keyboard, an optional fingerprint reader and backward compatibility with the existing Surface Pro 3 devices.

Here’s what the Surface Pro 4 will cost you:

The new Surface Pro 4 and the new accessories are available for pre-order in select markets October 7, 2015. The Surface Pro 4 starts at $899 and is scheduled to ship on October 26 in Canada and the United States, with additional markets to follow. The Surface Pen is provided in a variety of colors.