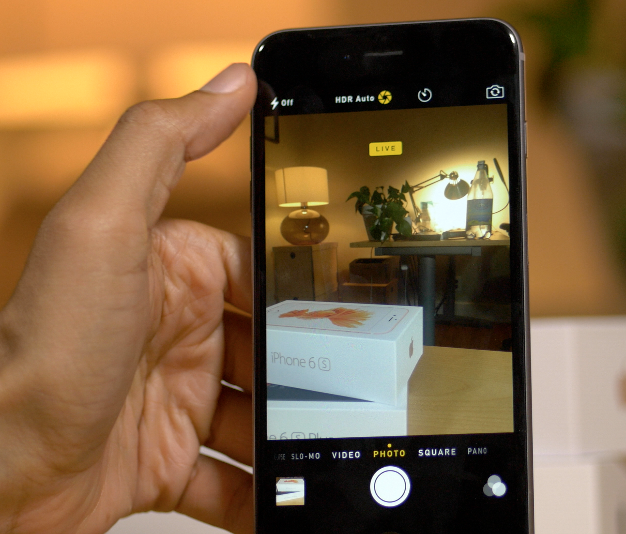 Live Photos is a new iPhone 6s exclusive feature that breathes new life into static photography. It works by shoehorning the photo in between video captured just prior and just after the photo is taken. The resulting effect is a “live” photo that moves on your screen, lending context to the photo at hand.

The new 3D Touch feature is used to activate Live Photos in the Photos app, and doubtlessly the iPhone 6s and Live Photos were made with each other in mind. That said, it doesn’t mean that it’s not possible to have a similar iteration of Live Photos on older hardware, as has just been proven by a new Cydia tweak.

Elias Limneos, a well known tweak developer who has releases like CallBar and BioProtect under his belt, just released PhotosLive—an impressive rendition of Apple’s Live Photos for older jailbroken devices. The question is, how well does PhotosLive work?

When you install PhotosLive, you’ll need to open up the pop up box that first appears after reboot to download the license. Once you do, you can begin using the tweak.

You don’t necessarily have to mess with any of the settings, but you’ll find options for toggling PhotosLive, enabling a Retina Flash-inspired front facing flash, and additional miscellaneous settings. You can also adjust the video capture duration of PhotosLive.

To use PhotosLive, open the stock Camera app, and ensure that the PhotosLive toggle is enabled. Once it is, take a photo, and PhotosLive will automatically capture additional photos needed to provide you with an animated live photo. 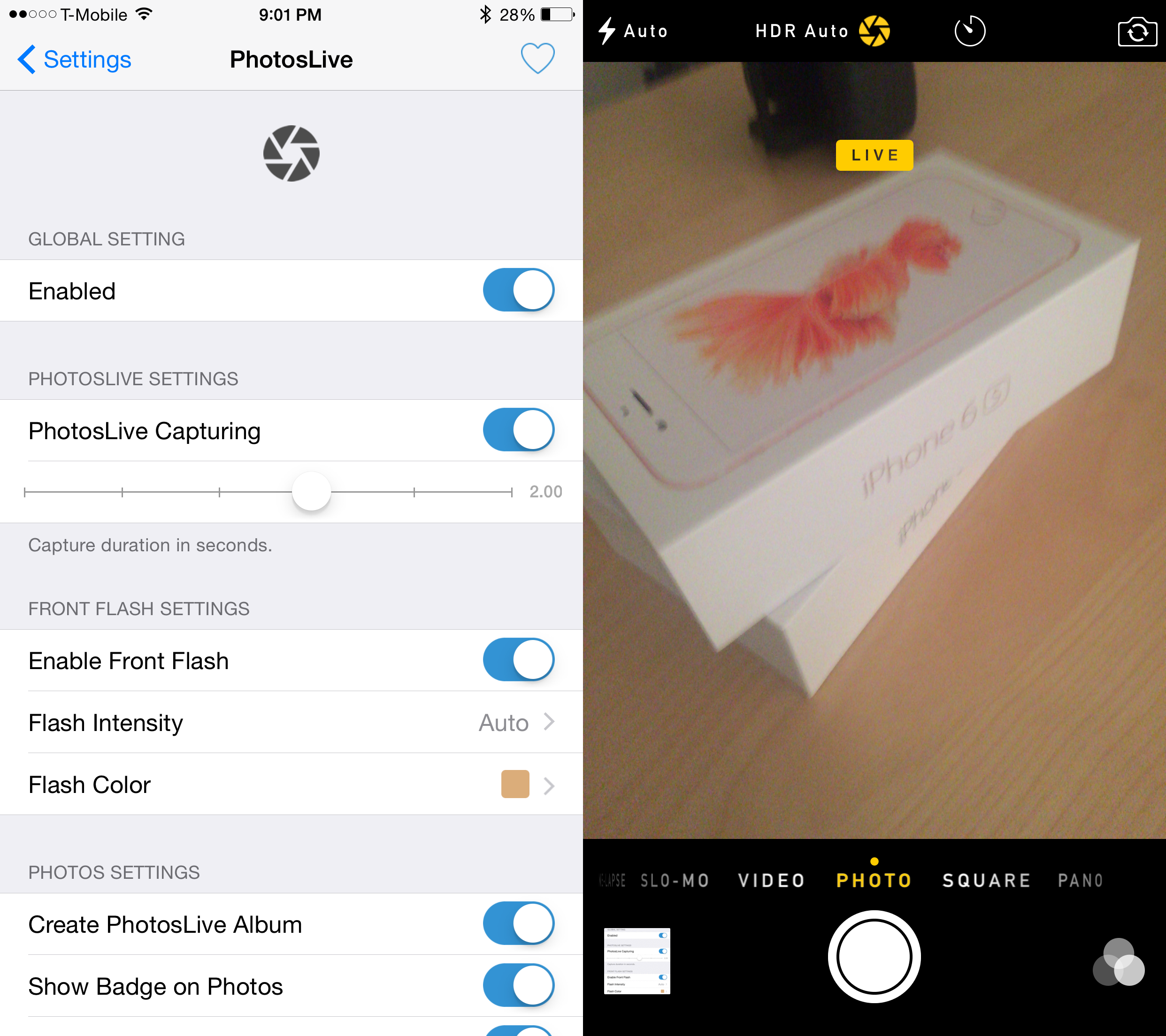 The great thing about PhotosLive is that it feels native. You can even save Live photos to the Lock screen wallpaper, and touch-and-hold to animate, similar to how you can do with the iPhone 6s. PhotosLive photos will even sync in your library, and data is hardcoded in the JPEG photo itself (Apple’s version creates separate video files). You can even use PhotosLive with photo filters, and export photos as GIF animations for sharing.

Needless to say, it’s crazy impressive. I mean, the iPhone 6s just dropped today, and jailbreak users can already enjoy an extremely competent version of one of its headlining features. Regardless of what your stance on jailbreaking may be, you have to call a spade a spade and admit that’s impressive.

There are some differences with PhotosLive when compared to Apple’s official implementation. Most notable, Limneos is embedding additional JPEG frames inside of the original image. Apple’s implementation uses actual video. Both methods have their pluses and minuses, as you might imagine. For instance, with Apple’s version, users can hear sound when playing back Live Photos because it’s truly a video.

PhotosLive isn’t perfect, but it’s an awesome start, and it’s sure to make tons of people, those who haven’t updated to the latest and greatest, very happy. PhotosLive can be downloaded for $1.99 on the BigBoss repo, but you better act fast. The sale price is only for launch week, and thereafter, it’ll go up to the full $2.99 asking price.