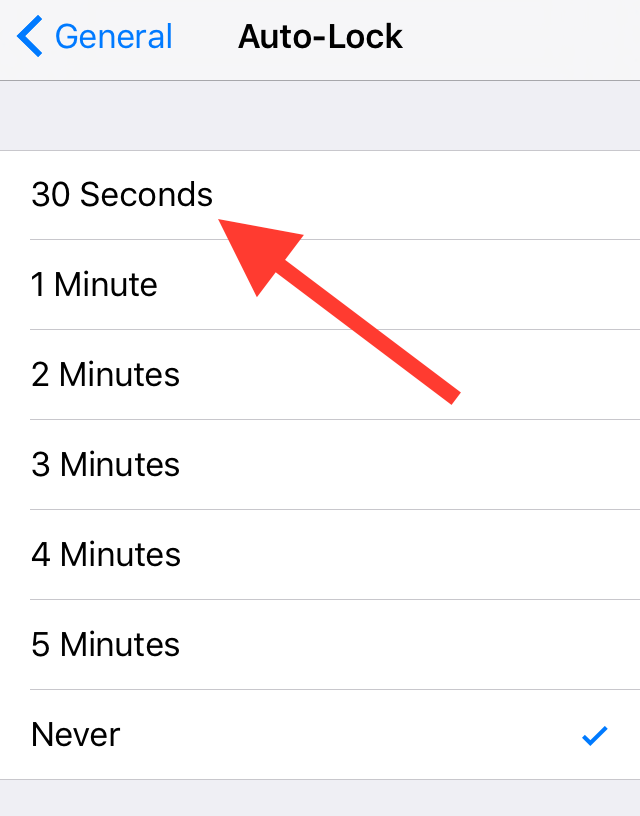 By now, it’s apparent that the new iPhone 6s features a somewhat smaller battery to accommodate the device’s internal changes. By the sheer nature of physics, battery life will inevitably suffer. Fortunately, iOS 9 is being used to make up for the loss. It employs several changes in the code to increase battery life, and even includes a new Low Power Mode to throttle down the CPU and get rid of battery-draining visual effects.

Auto-lock is the setting that tells your iPhone when to automatically lock after sensing no activity. In older versions of iOS, the lowest auto-lock value was 60 seconds. In iOS 9, Apple has divided that number in half, which will make the screen go dim, and then go off, that much faster. If the screen is off, then the backlight isn’t being powered, and thus battery life is being saved.

Of course, auto-lock does come with one major caveat, in that it can potentially interrupt your workflow if you don’t actively use input on your device within that reduced time threshold. But with the enhancements to Touch ID—most reviewers state that it now results in an instantaneous unlock—the length of said interruption will be minimized.

In hindsight, it’s now obvious why Apple made so many changes to enhance battery life. It knew that 3D Touch was being added, and it knew that precious space would be taken from what was previously occupied by the battery. With a reduction in physical battery size, Apple understood that it would have to make the device somewhat thicker (it did ever so slightly), or make up for it with software. And that’s at least one of the reasons why we see features like 30 second auto-lock, and faster Touch ID in iOS 9.