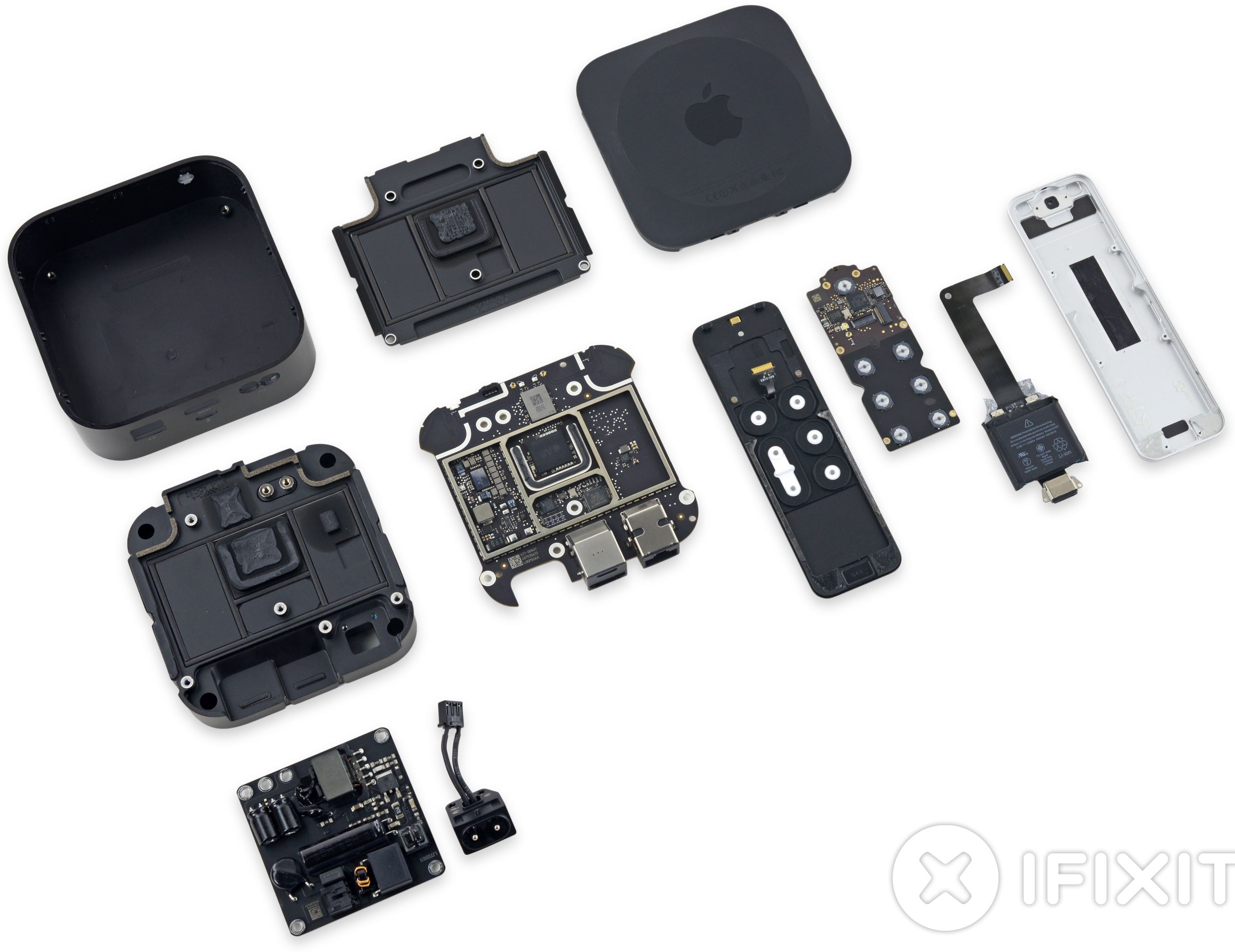 Following the teardown analysis of Apple’s fourth-generation iPad mini, repair wizards over at iFixit have torn apart the new Apple TV and its Bluetooth-based Siri Remote with touch trackpad.

The new box has a high repairability score thanks to a fairly modular design and just a few major components, which simplifies repair. It’s also a half-inch taller and more than fifty percent heavier than the third-generation model.

On the inside, it features a beefier heatsink and power supply to support the speed monster that is the dual-core A8 microchip with 2GB of RAM, clocked at 1.8GHz.

“There’s a distinct lack of cables connecting the power supply to the logic board,” iFixit said, speculating the the power is transmitted through the new heat sink screw posts.

But what about the new Siri Remote?

“The remote’s battery and Lightning cable are soldered together—but not to anything else, so they should be inexpensive components to replace,” they added.

iFixit gave the new Apple TV a repairability score of 8 out of 10, same like the previous model (1o being the easiest to repair), due to its modular construction, reduced number of components and the following:

Again, as almost everything important on the Apple TV is soldered to the logic board, replacement or board-level soldering is required to solve port problems.