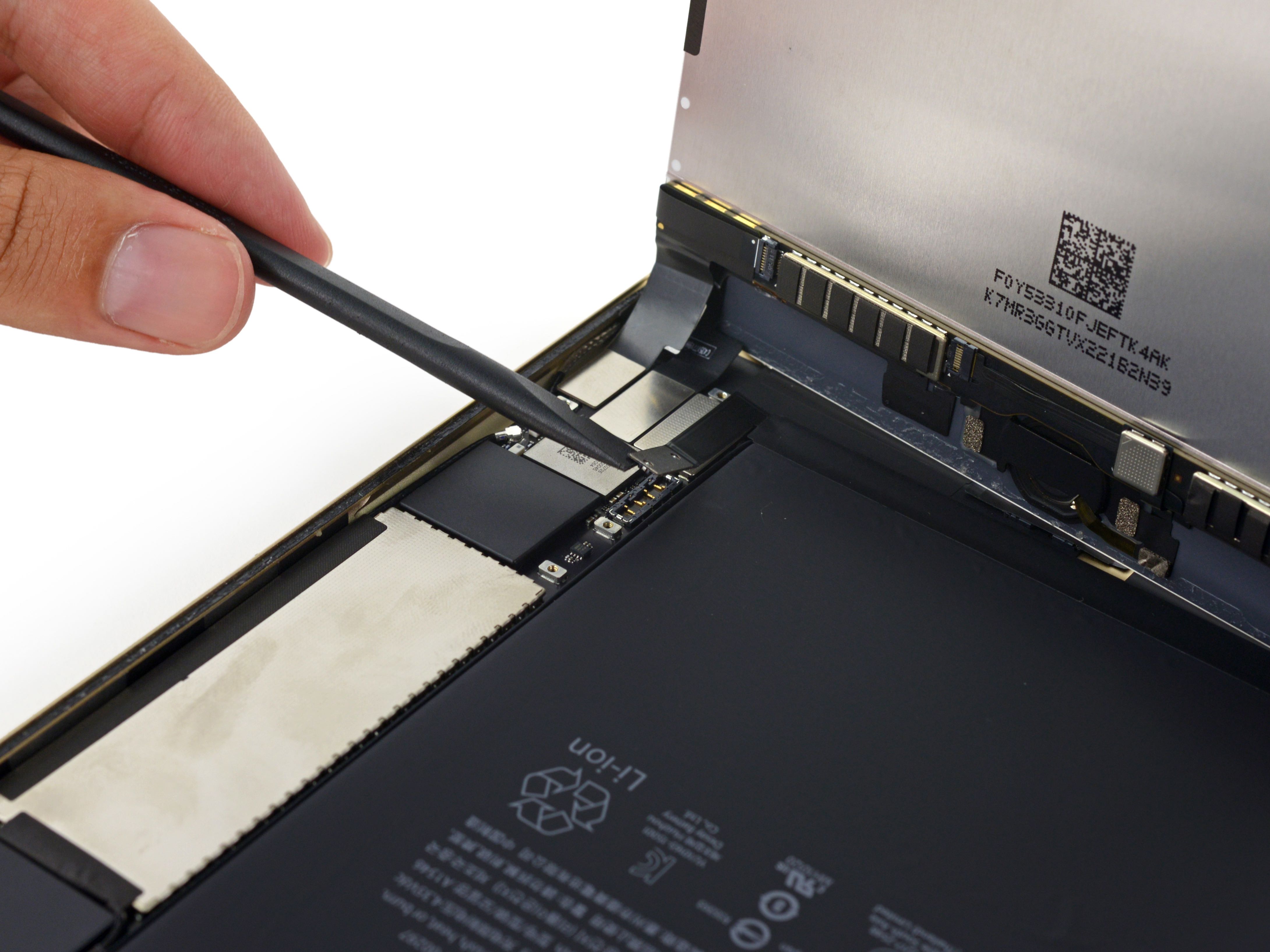 A teardown analysis performed by repair experts iFixit has confirmed that the iPad mini 4 (model number A1538) ships with two gigabytes of RAM, twice as much as the previous-generation and the same amount of RAM found inside the iPad Air 2, iPhone 6s and iPhone 6s Plus.

In addition, the device sports a fully laminated 2,048-by-1,536 pixels LED-backlit LCD IPS screen, an improved eight-megapixel iSight camera out the back, faster Touch ID and a thinner 19.1 Wh rechargeable lithium-polymer battery of lesser capacity.

“This iPad is some kind of Mini/Air hybrid—half its antennas on the top (like an Air), half on the bottom (like a standard Mini),” iFixit noted.

The following photo depicts the differences in the layout of internal components between the iPad mini 3, at left, and iPad mini 4, at right. “Not only is the battery thinner and of lesser capacity, it’s now a single cell, instead of two,” iFixit said.

Other changes worth mentioning: the lower right antenna now lives in the upper right corner, the FaceTime camera assembly is “seriously slimmed down” and plastic spacers fill in the gaps in the Wi-Fi logic board, likely to “provide some more support for the display.” 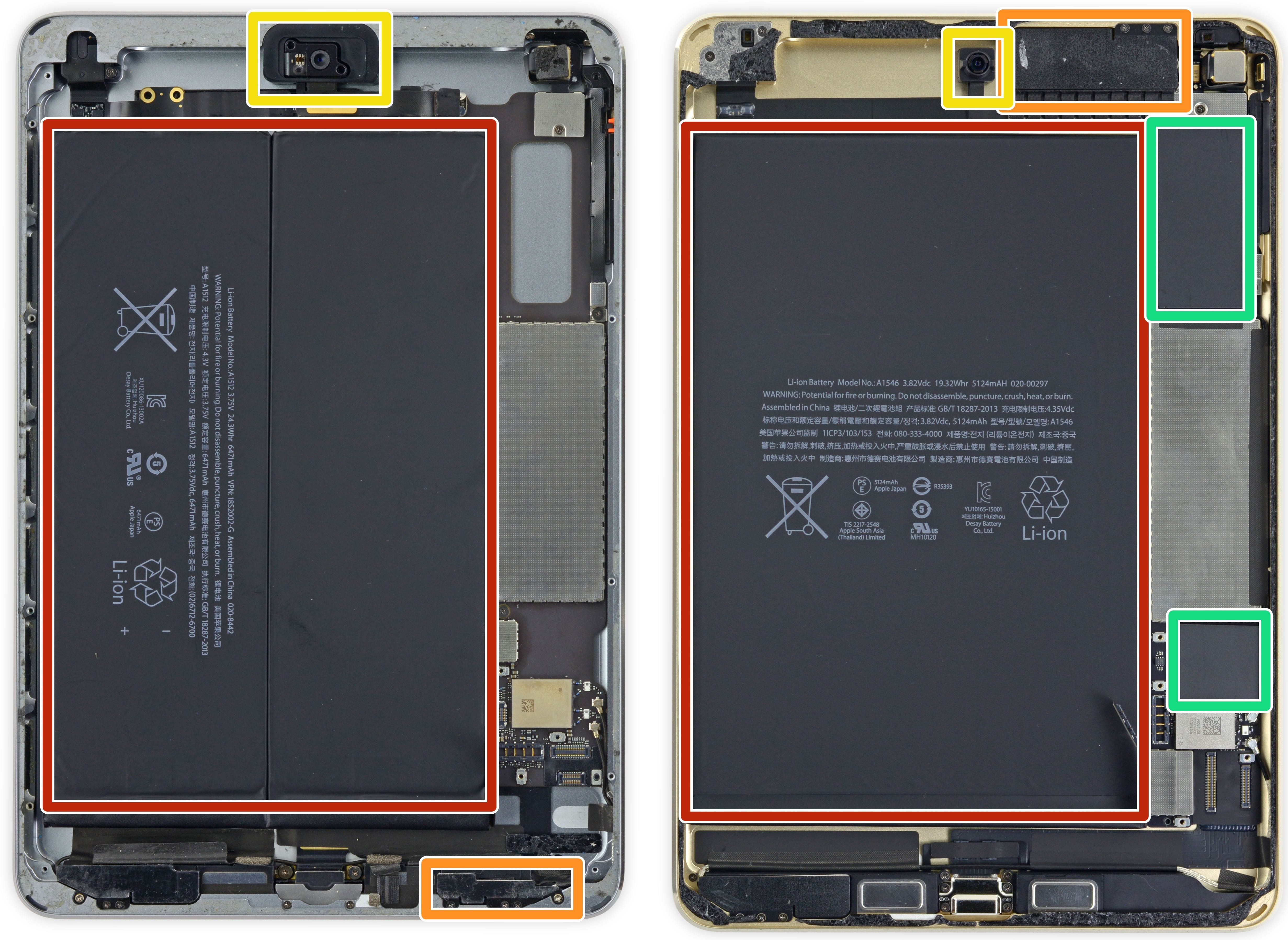 The teardown has helped identify the following components:

iFixit wraps up its teardown analysis of the iPad mini 4 by giving the device a repairability score of 2 out of 10, the same as its predecessor and the iPad Air 2.

The low repairability score is partly due to the fully laminated screen technology which not only makes the device eighteen percent thinner than its predecessor but also more expensive to fix when you drop it. 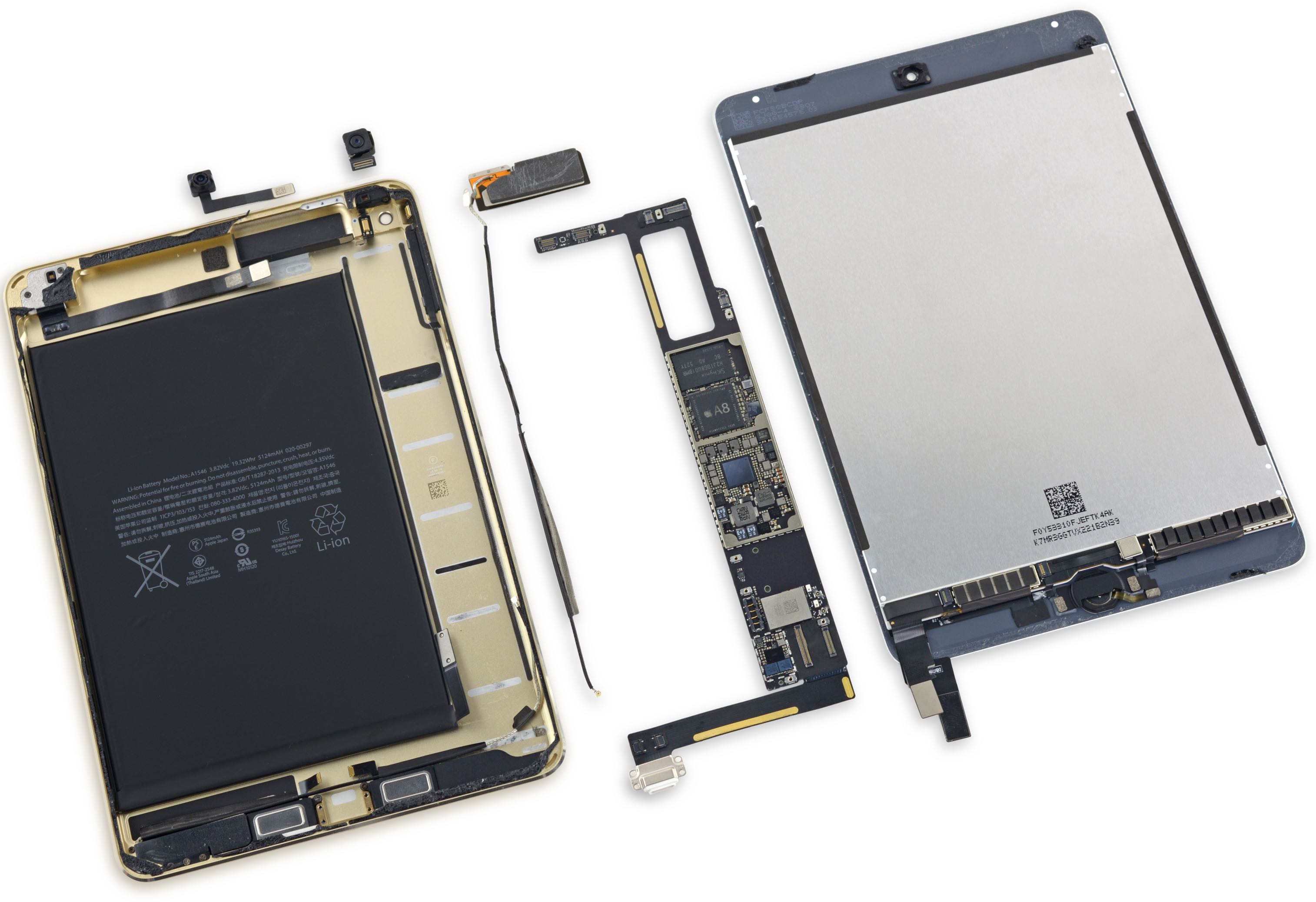 The sealed display means any screen replacement must be accompanied by removing the Home button because the Touch ID cable is now integrated into the display cable, like on the Air 2 and unlike on the iPad mini 3.

You should also ensure not to bend the Lightning connector’s pins because the connector itself is now soldered directly to the logic board.

“While the design looks cleaner and the specs are better, repairability didn’t improve correspondingly,” said iFixit.