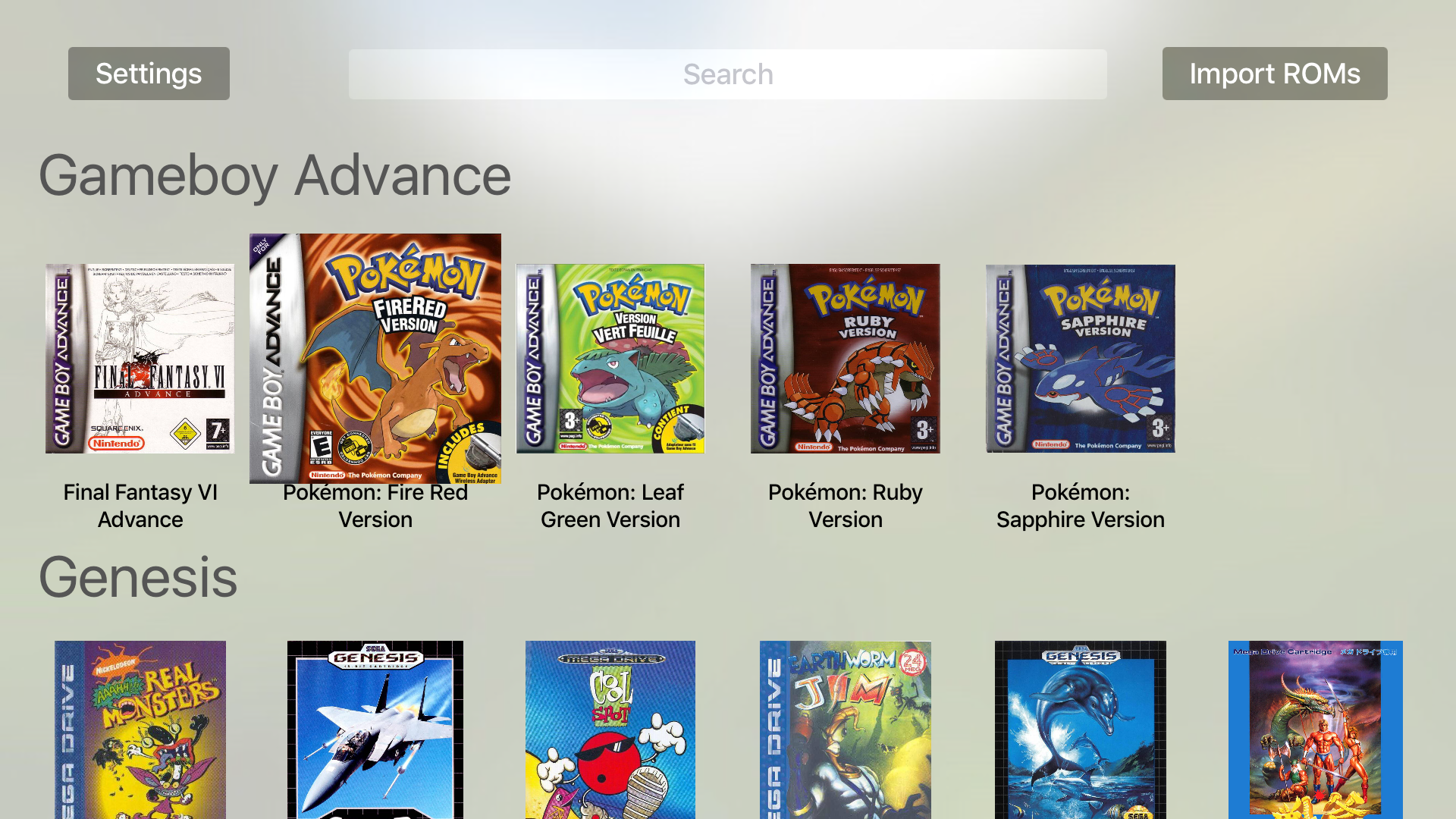 A week ago, we told you about Provenance, a then upcoming emulator that would be one of the first of its kind for the new Apple TV. Today, Provenance officially launched for the Apple TV and it also works with other iOS devices.

Provenance is a multi-emulator, meaning that it can emulate games from a variety of classic platforms. Users can look forward to emulating their favorite NES, SNES, Genesis/MegaDrive, Sega CD, Master System, GameBoy & GameBoy Color, and GameBoy Advance games.

Want to see what Provenance looks like on the big screen? Check here for more screenshots.

The great thing about iOS 9 is that you no longer need to jailbreak in order to get third-party apps like this on your Apple TV or iPhone. Apple has really begun to open things up on its latest version of iOS. All it takes is a Mac and Xcode 7 and you can compile code that will run on your non-jailbroken device without needing a developer account.

What’s even more exciting is the fact that Apple has begun shipping out new Apple TV dev kits. Some developers have already begun receiving the dev kits, and they have been able to compile and get Provenance running on the big screen.

The Apple TV might go from being one of the most restricted big-name set top boxes on the market to one of the most open. The Provenance emulator looks downright promising, and I cannot wait to get my hands on it.

If you’re on an earlier version of iOS and you’re jailbroken, you’ll also be able to run Provenance. The folks over at UnlimApps plan on putting it on their beta repo (http://beta.unlimapps.com) sometime in the near future.

What do you think about Provenance now that you’ve seen what it can do, and now that we know for a fact that it works on the Apple TV? Are you excited?