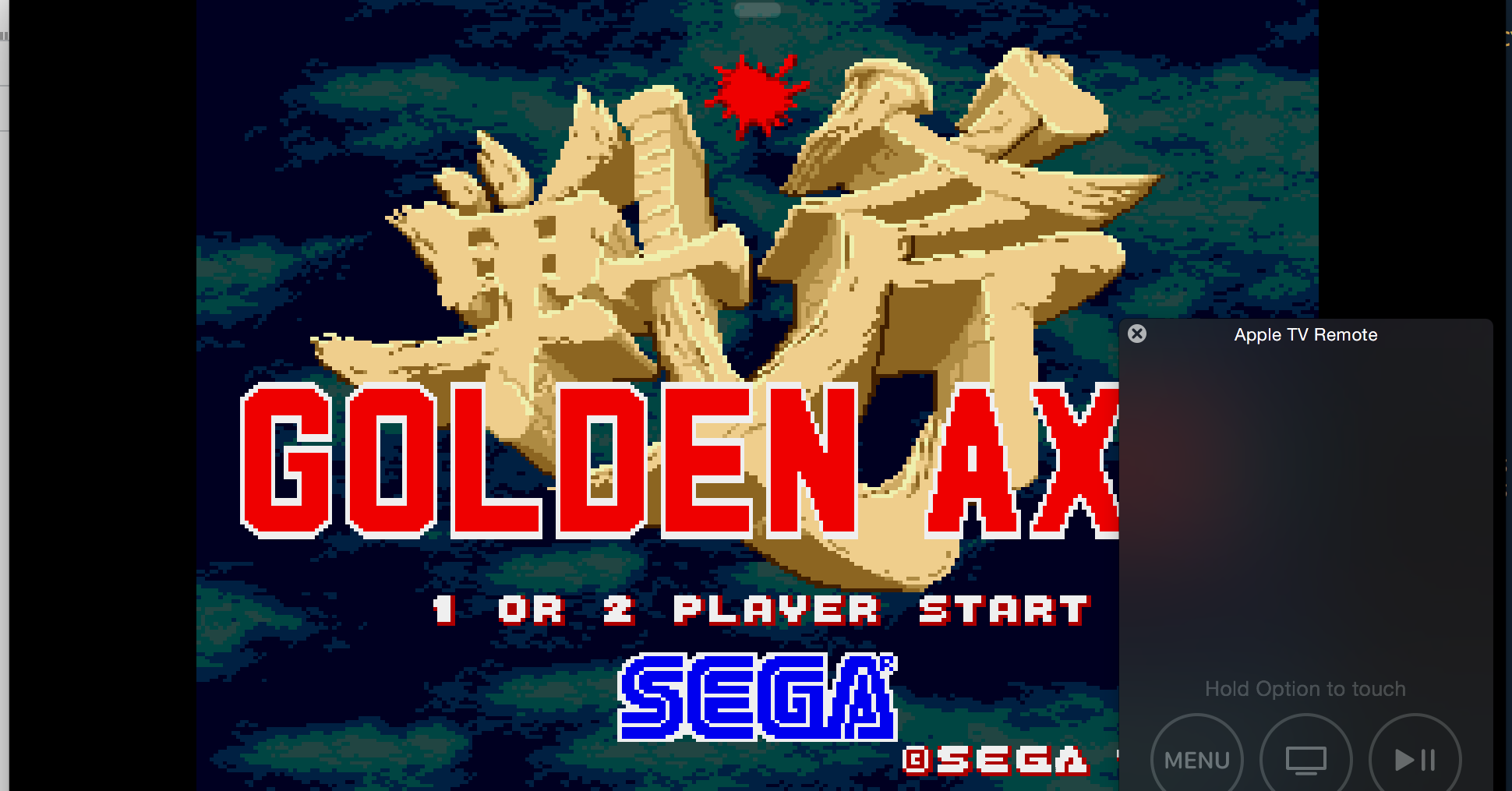 One of the new Apple TV’s biggest upsides is its game playing ability. Indeed, Apple’s next generation Apple TV will focus heavily on gaming, and even comes equipped with a Wii-inspired motion remote/controller with a touchpad.

Certain developers are already licking their chops at the possibilities of the Apple TV as a gaming hub. In fact, one such developer has already used the now-available Apple TV simulator to run an emulator. This emulator allows for old-school games, like the Sega classic Golden Axe, to be played.

One such example is with an emulator named Provenance. Developed by James Addyman, Provenance is a multi-emulator capable of emulating games from a variety of legacy hardware. Provenance is already running on the Apple TV simulator found inside the latest version of Xcode.

As you can see from his tweet, it only took Addyman 3 hours to get Provenance working on the Apple TV simulator.

Whether or not emulators and other non-approved App Store games will be allowed to be side loaded on the Apple TV 4th generation is still anyone’s guess at this point, but it does make our minds race while considering the possibilities.

Provenance, for example, will allow users to emulate games from the following classic hardware platforms:

The app is open source, and can be viewed on GitHub.

The fact that Xcode 7 now allows users to side load apps on iOS devices, may make it possible to do the same on the Apple TV and tvOS, but nothing is guaranteed at this point.

Would you like the ability to run emulators on your Apple TV? Sound off in the comments with your thoughts on the matter.