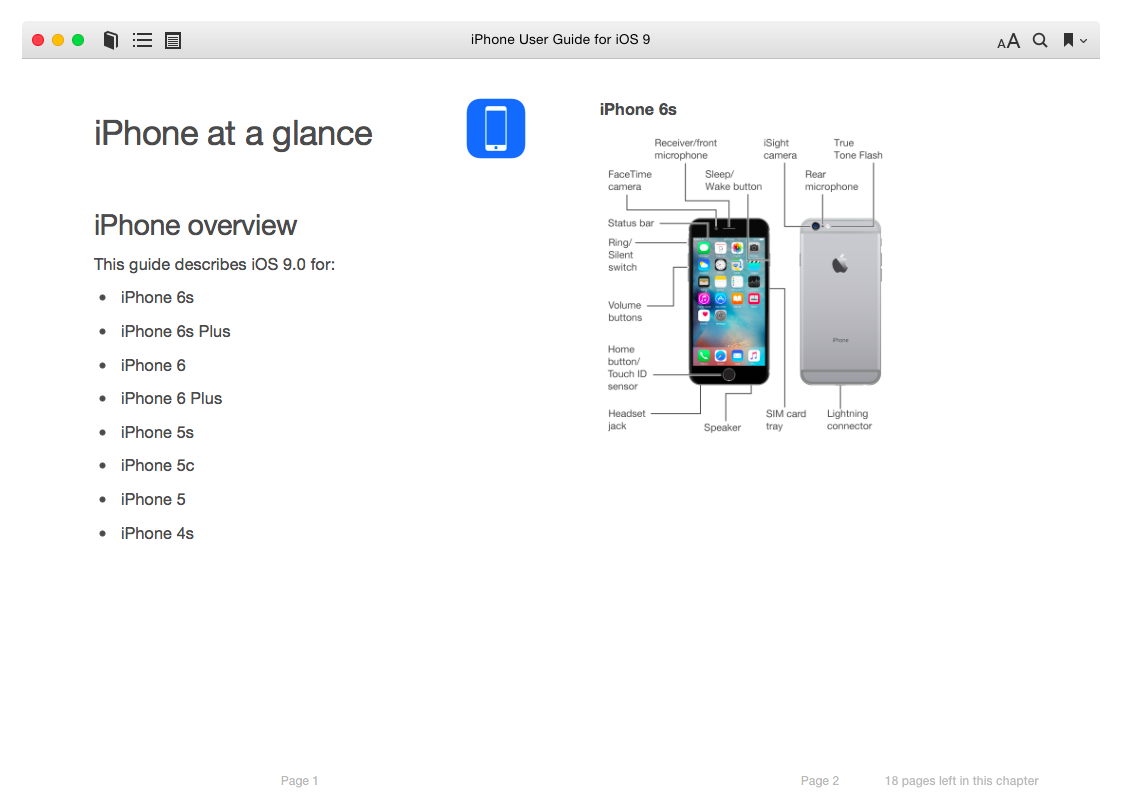 Following the release of iOS 9 earlier today, Apple has now posted matching users guides for the iPhone, iPod touch and iPad on the web. These new iPhone and iPad user guides for iOS 9 are available as free downloads from the iBooks Store.

The guides cover the basics of iOS 9 and focus on stuff like stock apps, various user interface improvements and new features such as enhanced Spotlight with Proactive search, 3D Touch on the new iPhones, the new News and iCloud Drive apps, side-by-side multitasking features on iPads and more.

To read the manuals on the web, use the following links:

iOS 9 for the iPhone, iPod touch and iPad released for public consumption today.

The free software updated is compatible with any iPhone and iPad from the iPhone 4s and iPad 2 onward, respectively. It also supports the fifth and sixth-gen iPod touch.