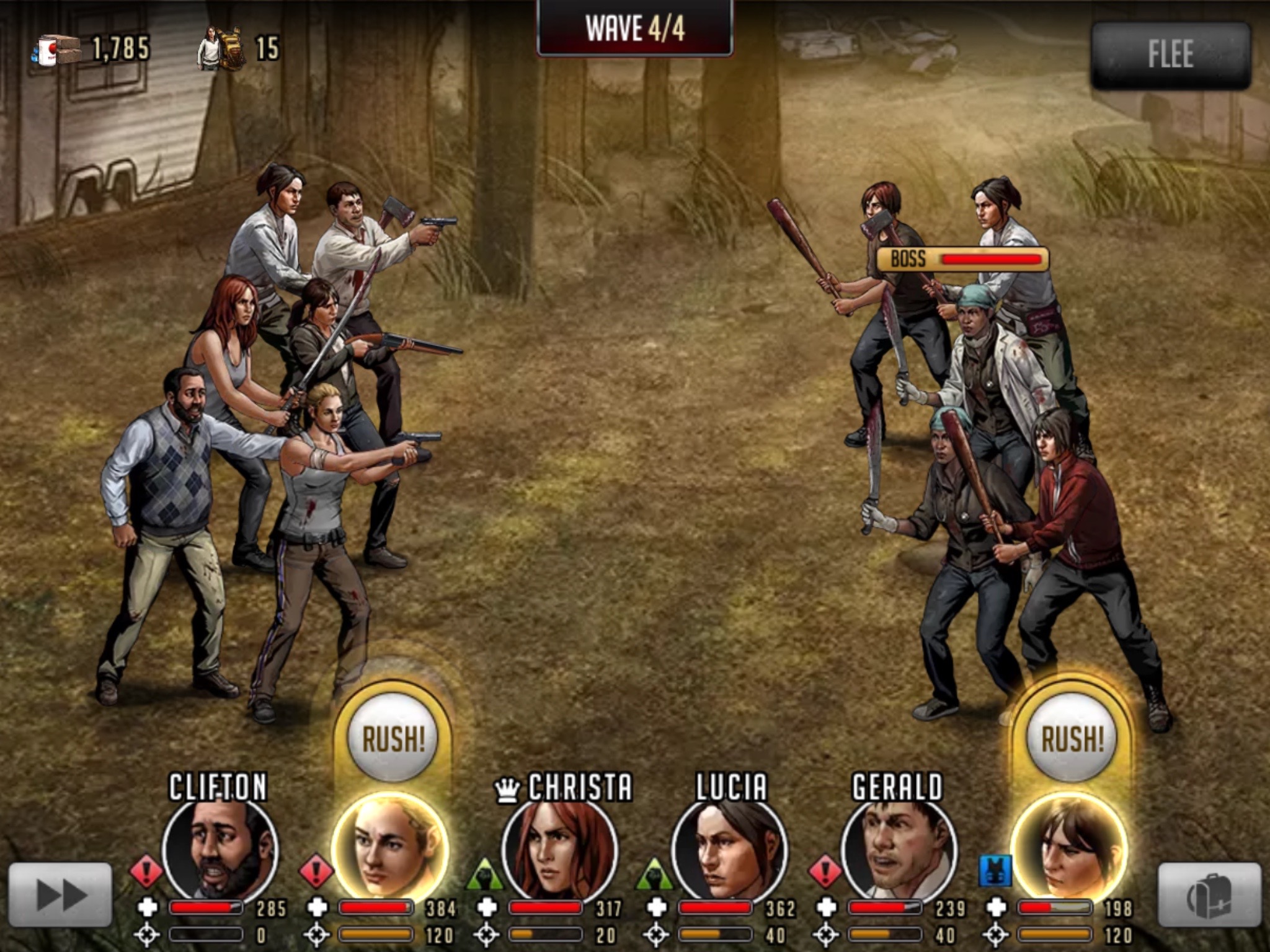 The Walking Dead, which started as an indie comic in 2003 has, in the past decade, become the most popular zombie story since George Romero’s Night of the Living Dead. There are TV shows, books, games, and more, based on Robert Kirkman’s original adventure.

Players join Woodbury shortly before the Governor’s demise. While much of The Walking Dead stories take place from the point of view of Rick and his companions, this one starts you off as an ally to the Woodbury residents. What you do while with the group is up to you.

The game works in two parts, one is to build up Woodburry into a strong, working town with food growing, residents being trained for combat, and new items being crafted to help with survival.

The other part of the game deals with group battles against zombies, non-player characters, or real life opponents.

The game is based in the world of The Walking Dead and some characters will be familiar to fans of the comic book and television show alike. 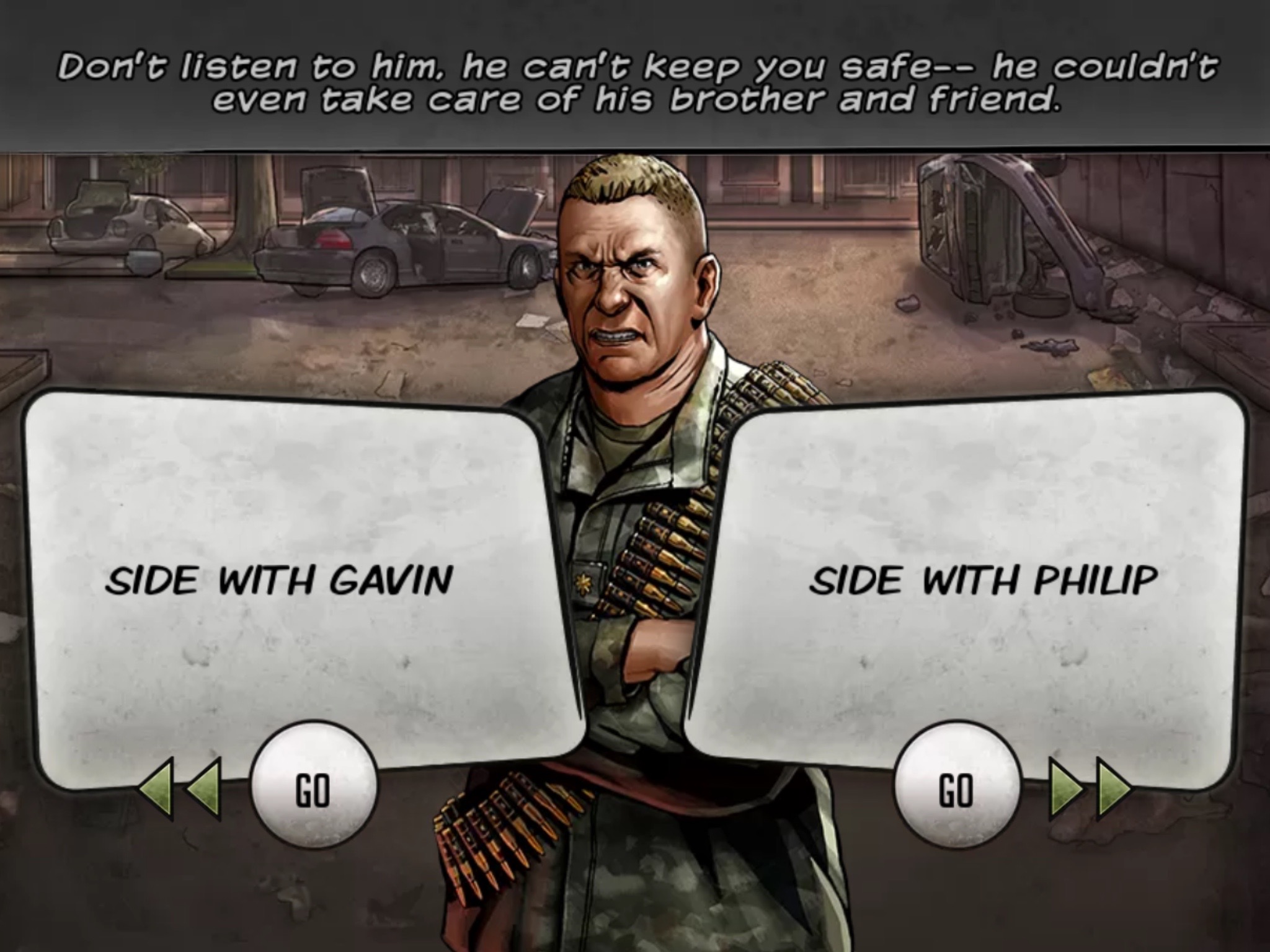 Players team up with residents of Woodbury to get much need supplies back to the fledgling town. Along the way, you’ll fight zombies, meet other survivors looking for supplies, and find out just whose side you really want to be on.

When going on missions, you will spend most of the time fighting groups of enemies, living and undead. However, you will also progress along a storyline filled with betrayal and drama. In some instances, you’ll be forced to make tough decisions about what to do next.

You also must be aware of certain challenges that take place in each fight. Some enemies can hurt multiple enemies at the same time, or can heal themselves and teammates.

When you are not out on a mission, you’ll be at the home front, rebuilding the town. Build houses, storage areas, and workshops, as well as farms, materials posts, and training grounds, all in an effort to make a stronghold for survivors.

There is also a community element in which players can chat with each other online in-game. You can join factions and call upon your new allies to help you fight against enemies. There are daily live in-game events that you can join to earn special resources, and even exclusive, rare characters. 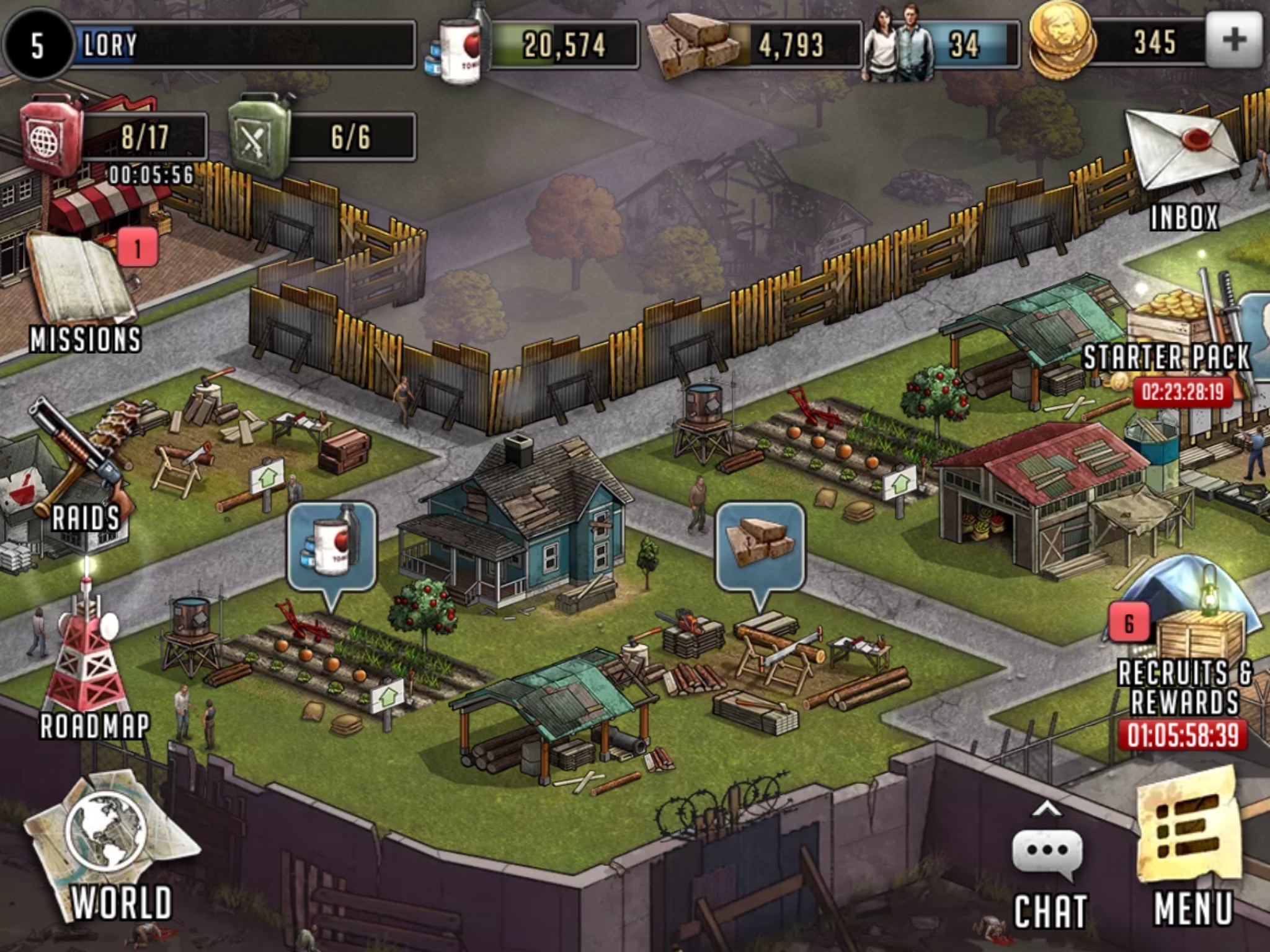 You can play this game for a good long time without hitting a paywall. This is nice, considering there are a lot of games that simply force you to pay up or stop playing. There are a lot of ways the game entices you to spend real cash, but it doesn’t affect most of the daily gameplay.

There is a lot of different stuff going on every day with so many choices to make on raids, missions, town building, and more. It provides you with a lot of options, but also feels a bit busy.

The Walking Dead: Road to Survival is free to download. As noted above, you aren’t forced into paying up to continue playing very often (there is an energy meter element, but it depletes slowly). The replay value is very high since there are new in-game events taking place all of the time, which produce rare and exclusive items and characters.

Fans of The Walking Dead will certainly enjoy this fun game, at least for a while. You can kill zombies, help your fellow Woodbury residents, and make decisions that may save someone’s life. This game is available on the iPad, iPhone, and iPod touch. Download it in the App Store today.

For other games in The Walking Dead world, check out Telltale Games’ choose-your-own adventures. You should also keep any eye out for the upcoming No Man’s Land game based off of the television show.