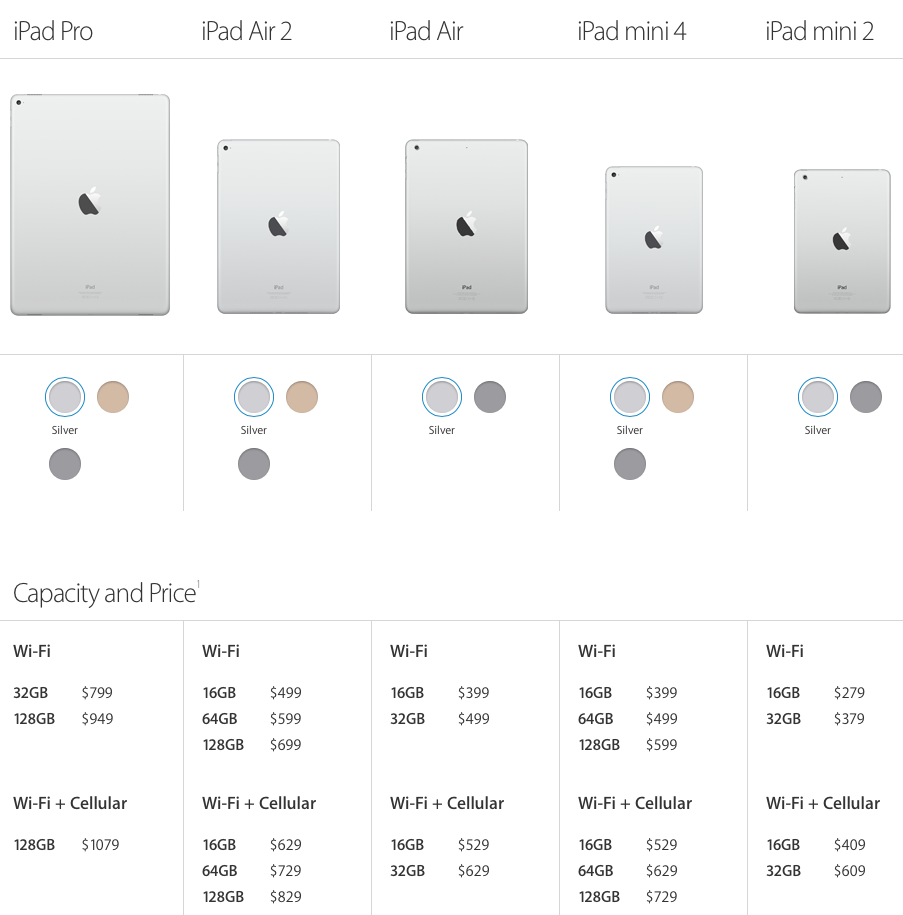 The slide you see above is Apple’s updated iPad lineup, which includes the just-announced iPad Pro and the new iPad mini 4. On stage, Phil Schiller mentioned that apple was updating its mini tablet line, but he didn’t offer up many details. It sounds, though, like it’s going to have the internals of the iPad Air 2.