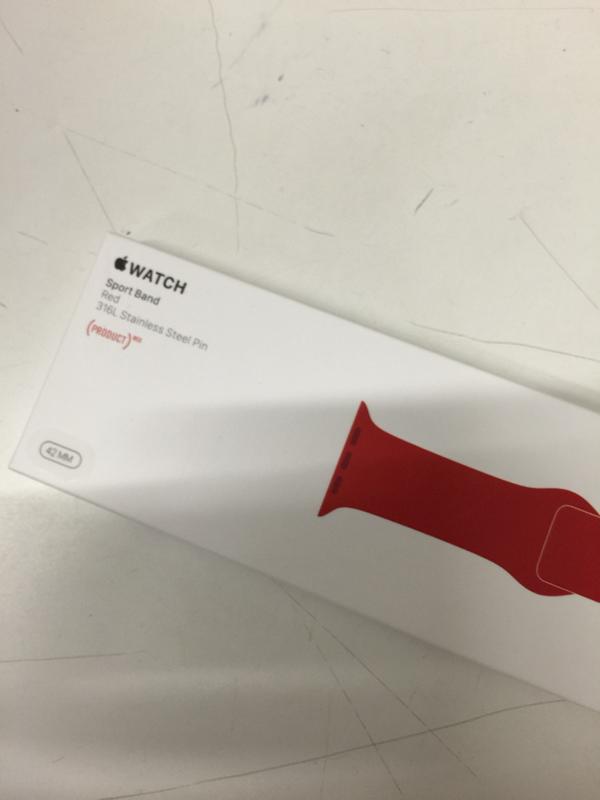 It’s been long suspected that Apple would lend some stage time to the Apple Watch at today’s big iPhone event, and this photo, first tweeted by Larry Greenburg, makes it more evident that that will be the case.

A new Product Red Apple Watch Sport band retail package was the focus of a somewhat blurry photo, but it definitely looks like the real deal. Of course, we’ve seen this band before, so it’s not a huge surprise that we’re seeing retail box photos so close to Apple’s event. What could this mean for the rest of the rumored Apple Watch-centric releases at the event?

I can confirm one product that Apple will be announcing at today’s event. #AppleWatch #red #product pic.twitter.com/HkuQvO5jLG

Along with the new Product Red Sport band, it’s been suspected that Apple will take the time to reveal additional Sport bands in a variety of new colors. Colors such as red, orange, and yellow, which were shown off back in April at the Salone Del Mobile Design fair in Milan, Italy. 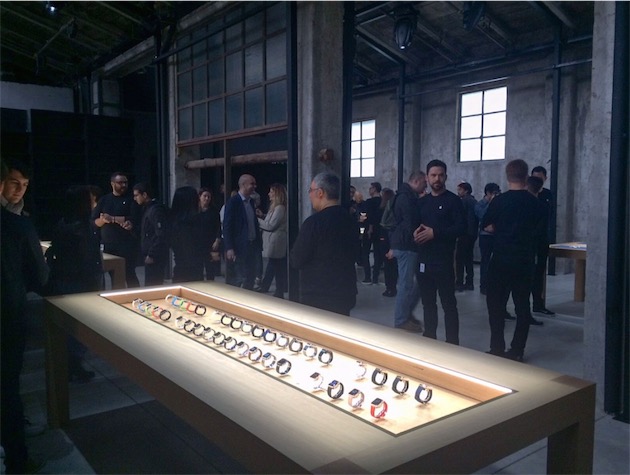 Rumor has it that we could also see new Apple Watch Sport models, including yellow gold, and rose gold colors in anodized aluminum. These colors will look similar to the current gold iPhone, and the rose gold iPhone 6s and 6s Plus, which is expected to be revealed today.

With the appearance of the Product Red Sport band as shown in the shot above, it says that the Apple Watch will get more than just a passing mention on stage today. I’d say that the likelihood has increased for both the new Sport bands and the new metallic body colors.