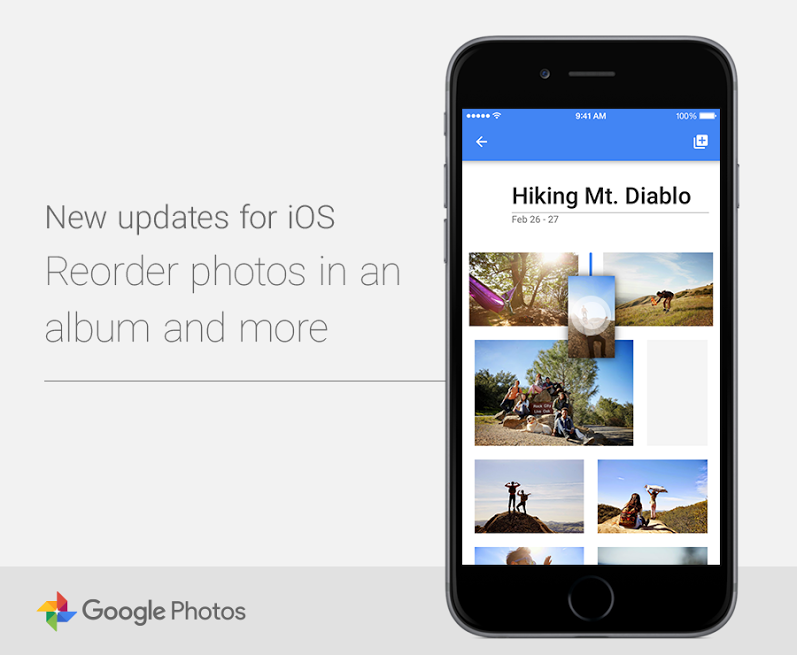 Less than two weeks following a refresh that brought out a Timehop-like feature for rediscovering your photos from the past, Google Photos for the iPhone and iPad on Thursday received another noteworthy update.

The new Google Photos 1.3 for iOS introduces four distinct improvements to your photo-management workflow, like the ability to reorder photos in your library and another one letting you selectively back up individual photos and videos.

Reordering photos within an album

In Google Photos, it’s now possible to reorder photos within an album, which won’t reorder photos present in your iOS Camera roll. This feature is in addition to enhancements put forth in recent updates like being able to change the cover photo for an album and synchronize the edits made on other devices with the iOS Camera roll.

In the latest version of Google Photos, share links now open directly within the in-app browser. Before today, the links would open in the Safari browser. Past updates have improved upon the initial sharing feature set with the ability to share animations directly to Facebook, WhatsApp, Instagram and other services.

As you know, Google Photos features unlimited storage for your photos unless they’re stored in their full-resolution or larger than fifteen megapixels, at which point photo backups count against your Google storage.

The following changes are listed in release notes for Google Photos 1.3:

To get these new features right now, update Google Photos to version 1.3.

The 58.1-megabyte app requires an iPhone, iPod touch or iPad with iOS 8.1+. Google Photos is optimized for native display resolution of the iPhone 5/5s/5c, iPhone 6 and iPhone 6 Plus.

Download Google Photos for free from the App Store.