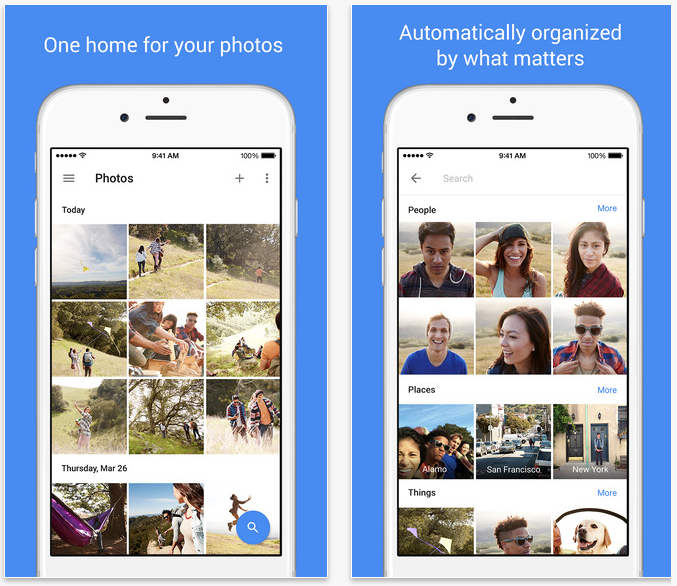 Google’s standalone Photos application for the iPhone and iPad today received an update in the App Store, bringing a few new sharing options and other enhancements to your on the go photo-management experience.

Google Photos 1.2 for iOS, a free download in the App Store, will also show you photos and videos from the past so you can take a brief walk down memory lane, a new feature provided in the form of cards in the Assistant view.

Blasts from the past

A new card in the app’s Assistant view lets you revisit your photos and videos from this day in your past. “Every time you open up the app, it now surfaces photos and videos taken on that date in years past — much like how nostalgia app Timehop works,” The Verge explains.

“If you snapped photos on a hiking trip this time last year, chances are that Google Photos will let you know,” according to Google itself.

An opt-in feature, it’s accessible through the Assistant: just tap the hamburger icon in the upper left corner and choose Assistant in the side panel. You will notice new cards reminding you of photos from events in your past, including a collage featuring people and places from that day.

Each card is presented with an overlay telling you which year your photo or video was from. The card also contains other useful information, like who your were with and where you were on that particular day. 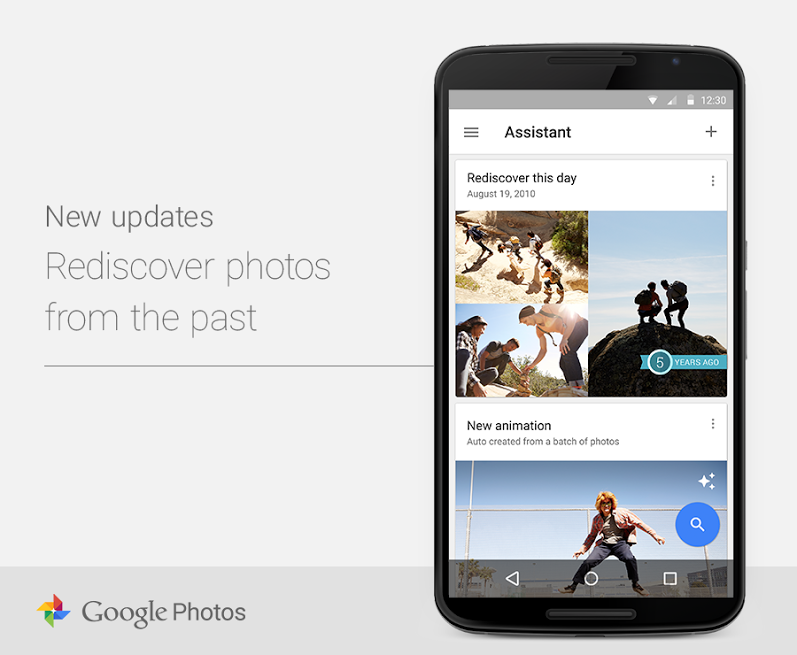 Like other Assistant collages, these blasts from the past remain completely private until you decide to share them with others on social media. This one new feature is available on Google Photos for iOS, Android and through the Google Photos web interface.

The new nostalgia feature is similar to daily photos from the past in apps like Everpix and Timehop. Hopefully Apple will add something similar to its own Photos app.

In Google Photos 1.2, sharing your content comes with less friction than before with a set of streamlined options. For starters, you can share animations produced for your by the app’s Assistant feature directly to Facebook, if you want.

In addition to new sharing features and daily blasts from the past, Google Photos 1.2 now allows you to change the cover photo of your albums and includes the usual round of bug fixes and performance improvements.

The 57-megabyte app requires an iPhone, iPod touch or iPad with iOS 8.1+. It’s optimized for native display resolution of the iPhone 5/5s/5c, iPhone 6 and iPhone 6 Plus.

Download Google Photos for free from the App Store.