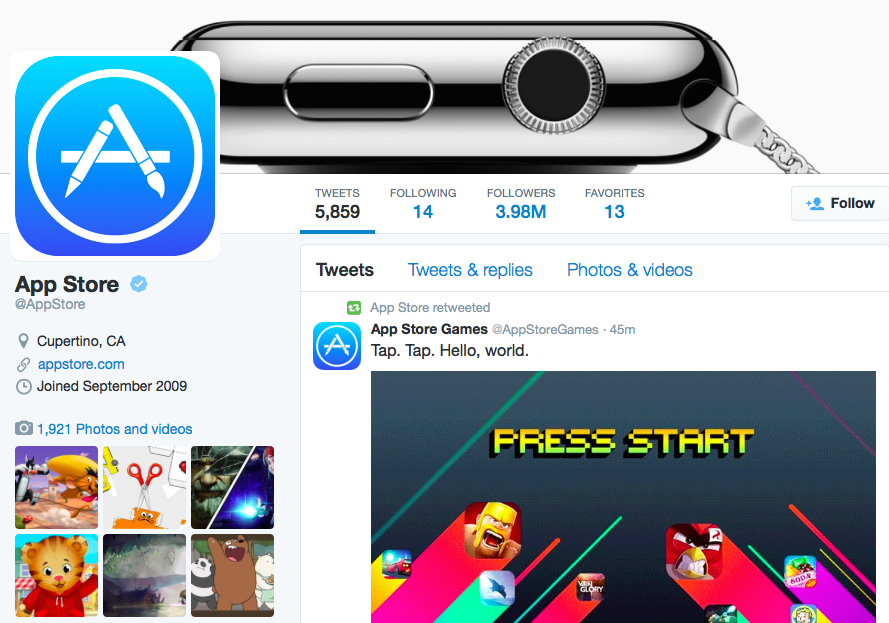 The App Store has been on Twitter since September 2009 but as of today, a new curated Twitter account dedicated to highlighting the App Store games is available as well. It’s now yet known whether gaming-related tweets will now be exclusively posted on @AppStoreGames alone or retweeted on @AppStore but it’s an encouraging sign of Apple’s mobile gaming prowess.

“Embrace the future of gaming,” reads the account’s bioline. “Straight from our Games Editors.”

The account is run by Apple’s team of Games Editors.

The new Twitter account arrives ahead of Apple’s Wednesday’s media event which should bring us a vastly enhanced Apple TV set-top box with a strong focus on speedy hardware, downloadable games and a revamped remote with a built-in touchpad and motion sensors for gaming.