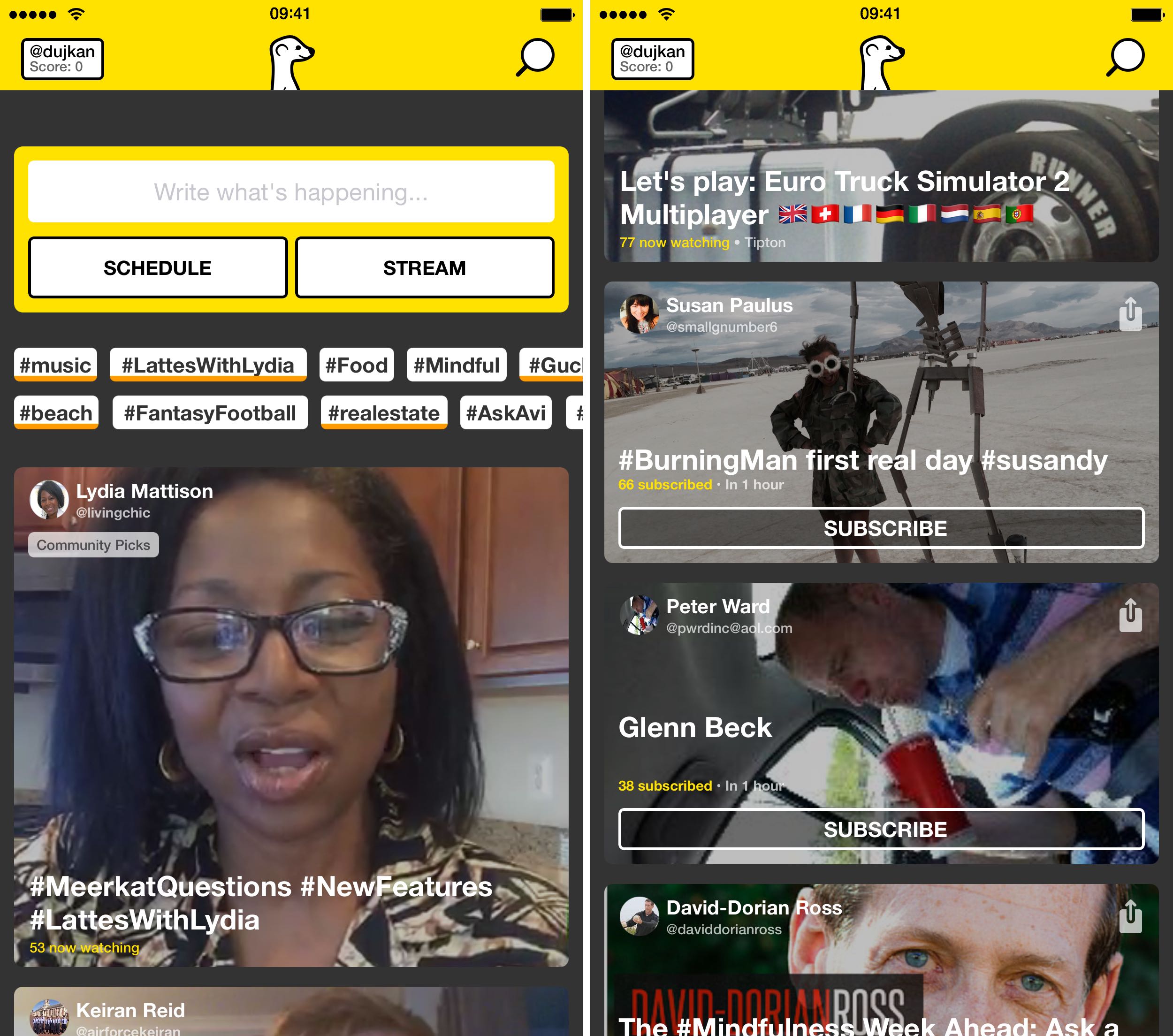 Meerkat, the popular live video streaming software that competes with Twitter-owned Periscope, today issued a nice little update to its iOS application in the App Store.

With version number bumped to 1.5.4, this edition of Meerkat includes a few enhancements like a revamped feed and the ability to show your watchers photos from your Camera roll.

Perhaps most crucially, Meerkat now includes a polling feature which allows anyone to ask their watchers simple YES/NO questions about anything, as they’re broadcasting.

As mentioned, you can now poll watchers on just about anything, but only simple YES/NO polls are supported for the time being. The good thing is, it’s ridiculously easy to create one.

Just start broadcasting and then write “poll [yes-no question]” in the comment section. For example, posting the comment “poll [Is this video any good?]” into your stream will collect simple YES/NO feedback from watchers, in real time.

I’m not sure they’ve accomplished the stated goal, as evidenced by the screenshot top of post. Honestly, Meerkat is an exercise in poor design: typography is awful and the use of non-standard buttons and controls irritating.

Be that as it may, another enhancement lets you pick a photo from your camera roll which should come in handy for times when you want to show your watchers some stills.

Now, that’s a feature I suspect will be used quite a lot. I can’t tell you how many times I wanted to show my friends some closeups photos of a brand new gadget that landed on my desk as I was broadcasting an unboxing video. With support for photos, this is now a reality.

And as Meerkat fans know, owners of GoPro3 cameras recently gained the ability to connect their GoPro3 hardware to Meerkat running on an iOS device.

The integration is a pretty big deal considering people can now live stream the world around them like a pro. Today’s update expands Meerkat’s GoPro integration with support for the more powerful GoPro4 cameras.

I use both Periscope and Meerkat.

Periscope, of course, benefits from its deep integration with Twitter but that doesn’t mean you should write off Meerkat all too easily. Though it started as something of a Twitter sensation, Meerkat has some loyal following and in my personal opinion more advanced features than Periscope.

And with new features like polls and support for showing photos—and recent improvements such as the ability to invite a watcher to take over you stream for sixty seconds, a feature Meerkat refers to as Cameo—live broadcasting on Meerkat should benefit from enhanced interactivity.

Meerkat works with any iPhone from the iPhone 4 onward.

Meerkat is a 38.4-megabyte download requiring an iPhone, iPod touch or iPad with iOS 8.0 or later. The app is fully optimized for the iPhone 5/5s/5c, iPhone 6 and iPhone 6 Plus screens.