As expected, Google’s YouTube Gaming app has begun rolling out in the App Store. Earlier this morning, Google launched a new website which sits at gaming.youtube.com, dedicated to watching and live-streaming gameplay videos.

The free of charge companion mobile app should be now available for download in your local App Store. Featuring a selection of live-streaming and on-demand content, the app acts as your one-stop shop for not just gameplay videos but video how-tos and walkthroughs as well.

Taking a closer look at the app, you can search for anything you like by using a search bar at the top. Your Home feed is presented front and center, followed by a list of featured channels and another one listing most popular ones.

Some of the featured channels available at launch include a 12-hour stream of NBA 2K15, an Eve Online live show, the official stream of Metal Gear Solid V and more. This is what the app’s Home feed (left) and live chat (right) look like on the iPhone. 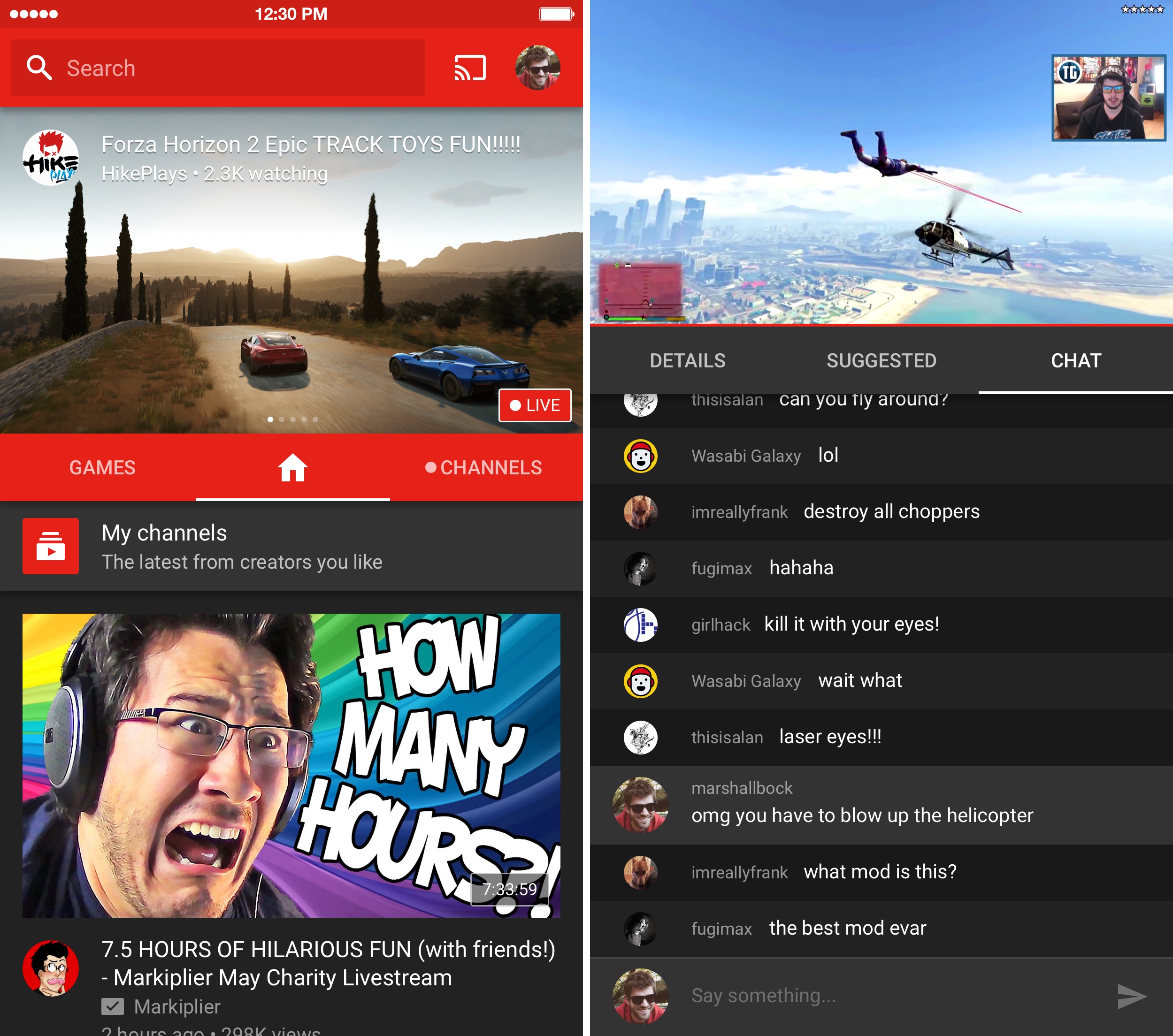 For those wondering, the chat feature includes a live video and text-based chat, with the ability to pause a live stream and timeshift.

The Games and Channels tabs filter available content by games and channels. The Games tab includes Trending and Popular charts, the latter providing a quick way on staying on top of major gaming events or competition happening for a particular game. 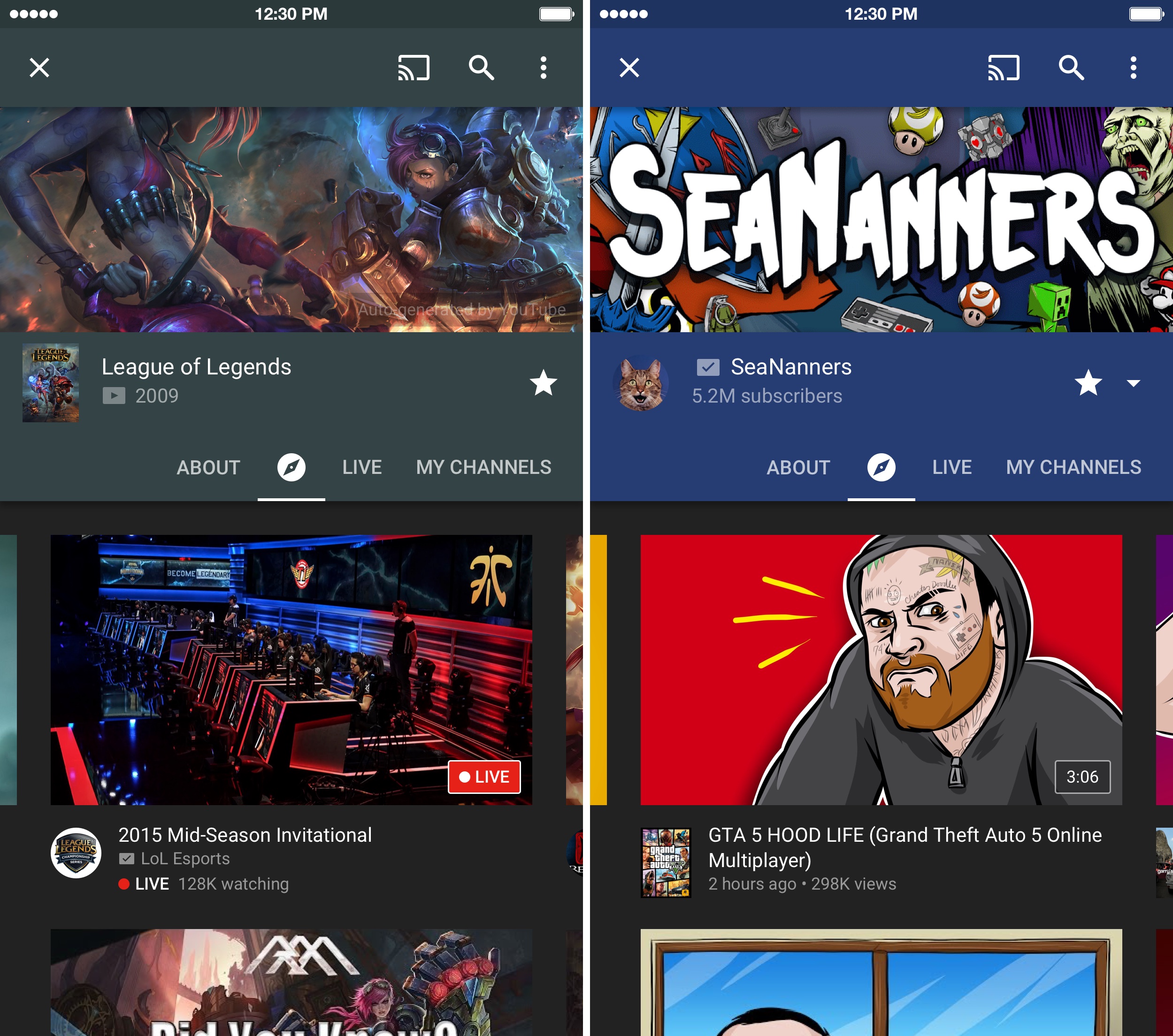 As TechCrunch explains, you can favorite games and add them to your games at the top of this list, as well as favorite a channel. Subscribing to a channel or game allows you to receive push notifications as new content gets posted or live-stream is about to start.

As mentioned before, YouTube Gaming is available across iOS, Android and on the web at gaming.youtube.com. The web interface allows you to subscribe to individual channels, add a game to your collection, check out recommendations based on the games and channels you love, search for specific content and more. 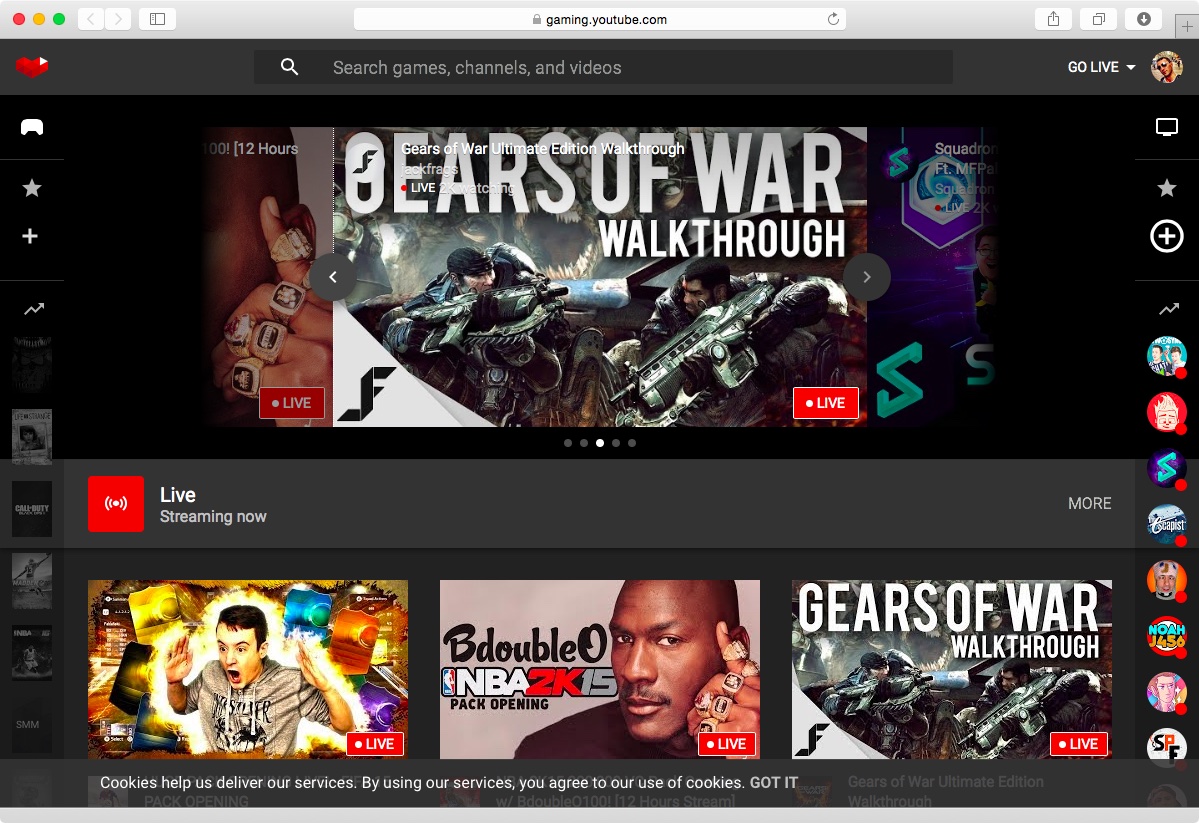 YouTube Gaming has “more videos than anywhere else,” Google promises. All told, the service will give each of the more than 25,000 different games their own page while establishing dedicated channels from game publishers and YouTube creators. 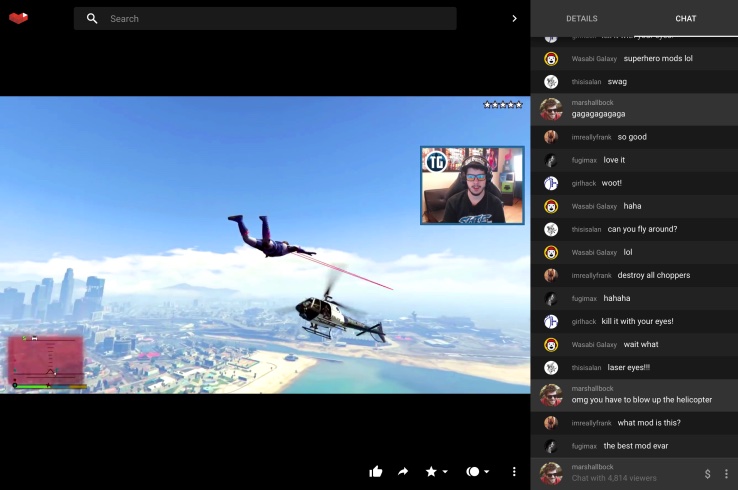 According to Google, YouTube Gaming wants to keep you “connected to the games, players, and culture that matter to you, with videos, live streams, and the biggest community of gamers on the web—all in one place.”

Google appears to be serious about going head-to-head against Twitch with YouTube Gaming. This isn’t saying beating Twitch to the live-streaming punch will be easy: the Amazon-owned service has more than 1.5 million broadcasters and more than a hundred million visitors every month. 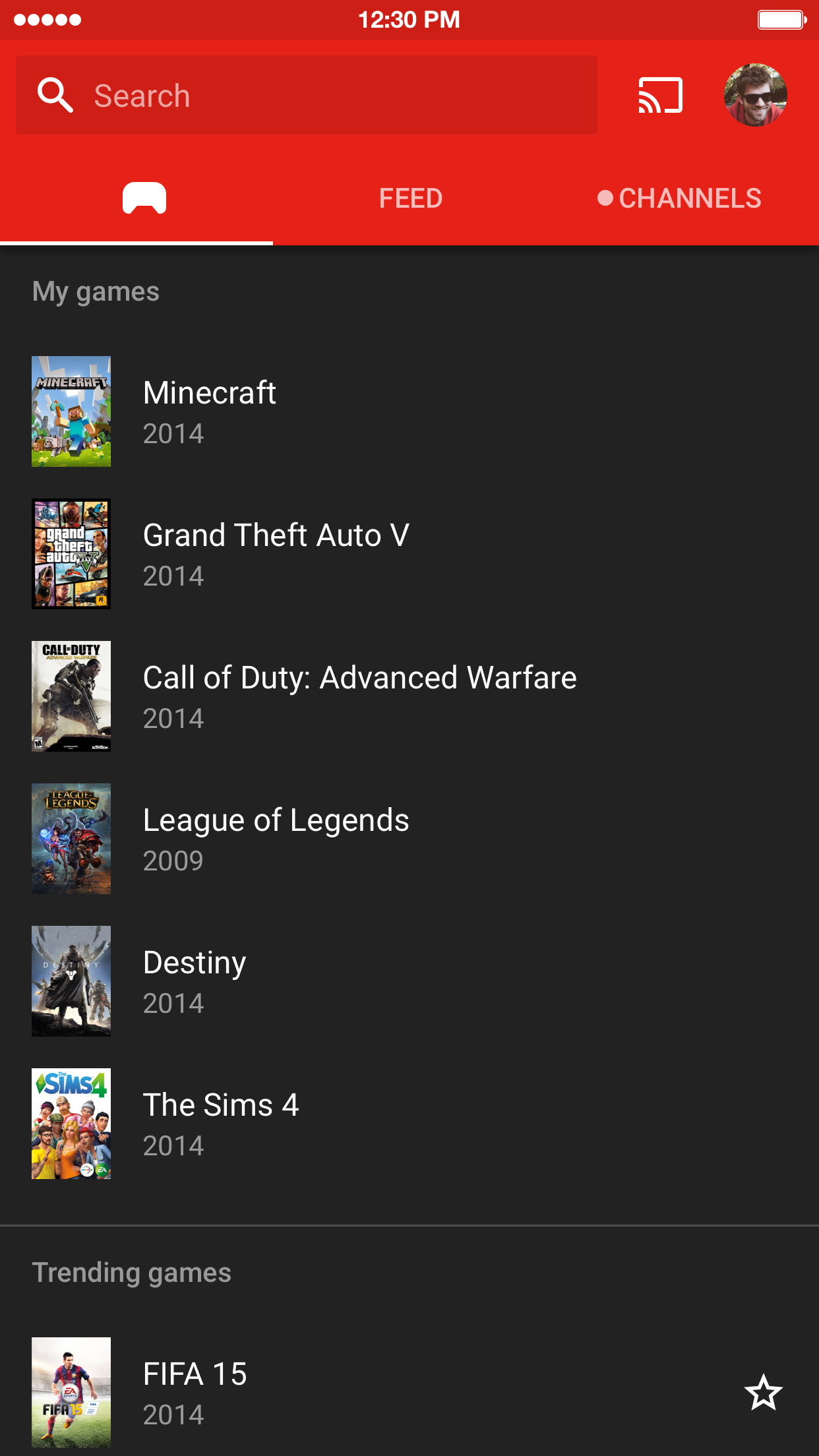 On the flip side, YouTube Gaming has Google branding backing it up and the most recognizable brand in video streaming on the planet. However, the search firm will need to work hard to convince big name developers to live-stream their competitions on YouTube Gaming instead of Twitch.

Google listed the following highlights in the official release notes:

Accessing YouTube Gaming on mobile and on the web is free.

A 38.7-megabyte download, YouTube Gaming runs on any iPhone, iPod touch or iPad with iOS 7.0 or later and takes advantage of native display resolution of the iPhone 5/5s/5c, iPhone 6 and iPhone 6 Plus.

Grab YouTube Gaming at no charge in the App Store.