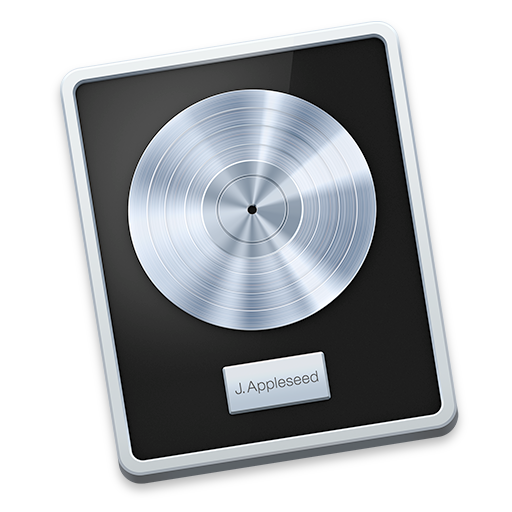 Alchemy is labeled as a next-gen synth plug-in with multiple sound generators and over 2,000 presents for all types of music genres like EDM, dance, and rock. It brings the ability to combine up to four synthesizer modules to create multi-layered sounds, and includes a wide selection of analog and special effect filters for producing complex sounds.

I personally use Logic Pro X to mix our two podcasts, but I know that I’m just scratching the surface of what this incredibly powerful app can do. And now, it just got that much more powerful with the introduction of Alchemy, support for the Force Touch trackpad, Apple Music Connect sharing, and more. 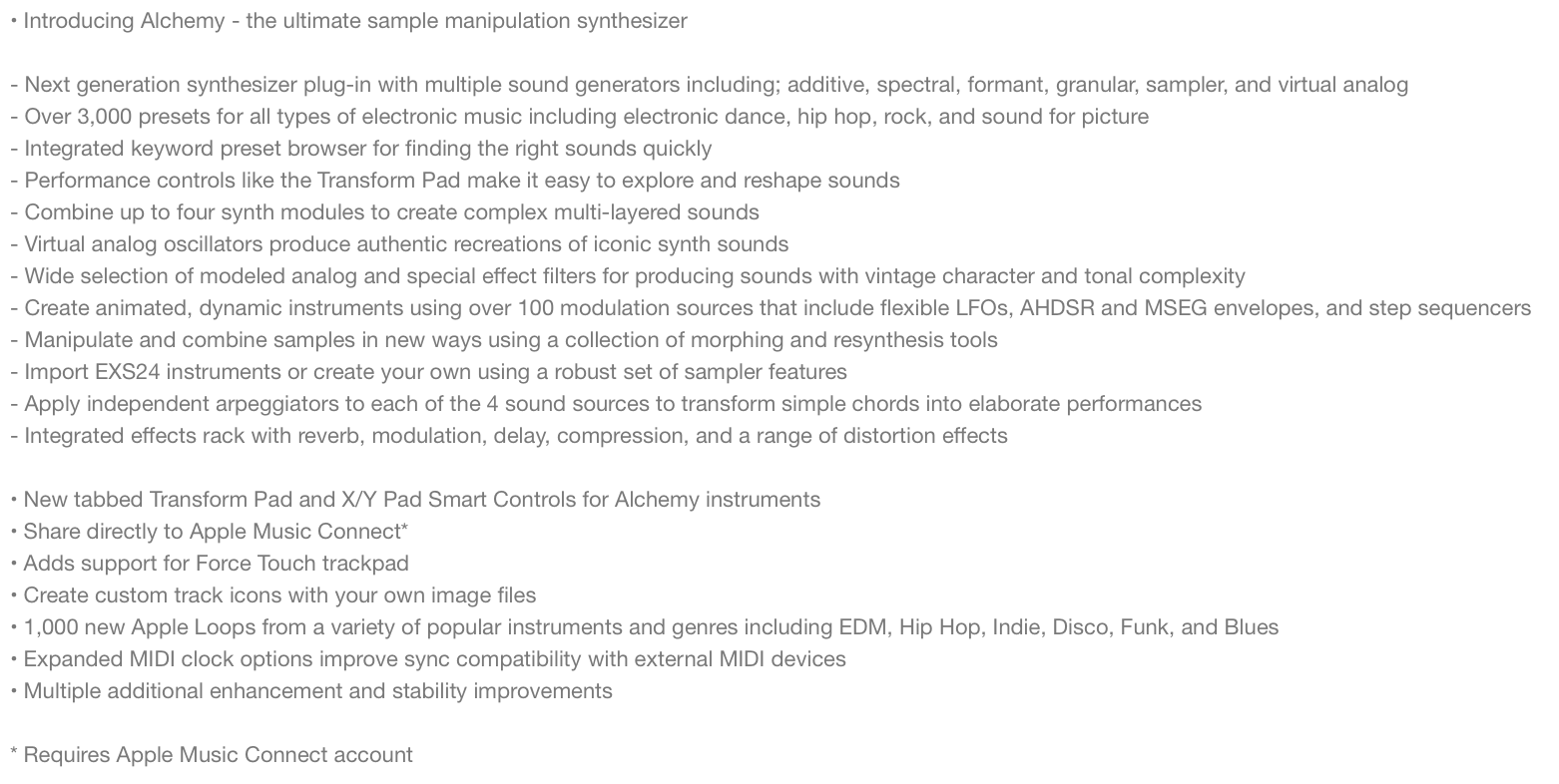 Logic Pro X goes for $199 on the Mac App Store, but that’s a one time fee. With an app like Adobe’s Audition, the cost for entry is cheaper, but the long term price will probably end up being way more than dropping $200 bucks on Logic Pro X.

I’ve personally seen producers create amazing sounds and full songs with Logic Pro. If you’re a Mac user, and you’re ready to graduate from Garageband, then this is the obvious next step. 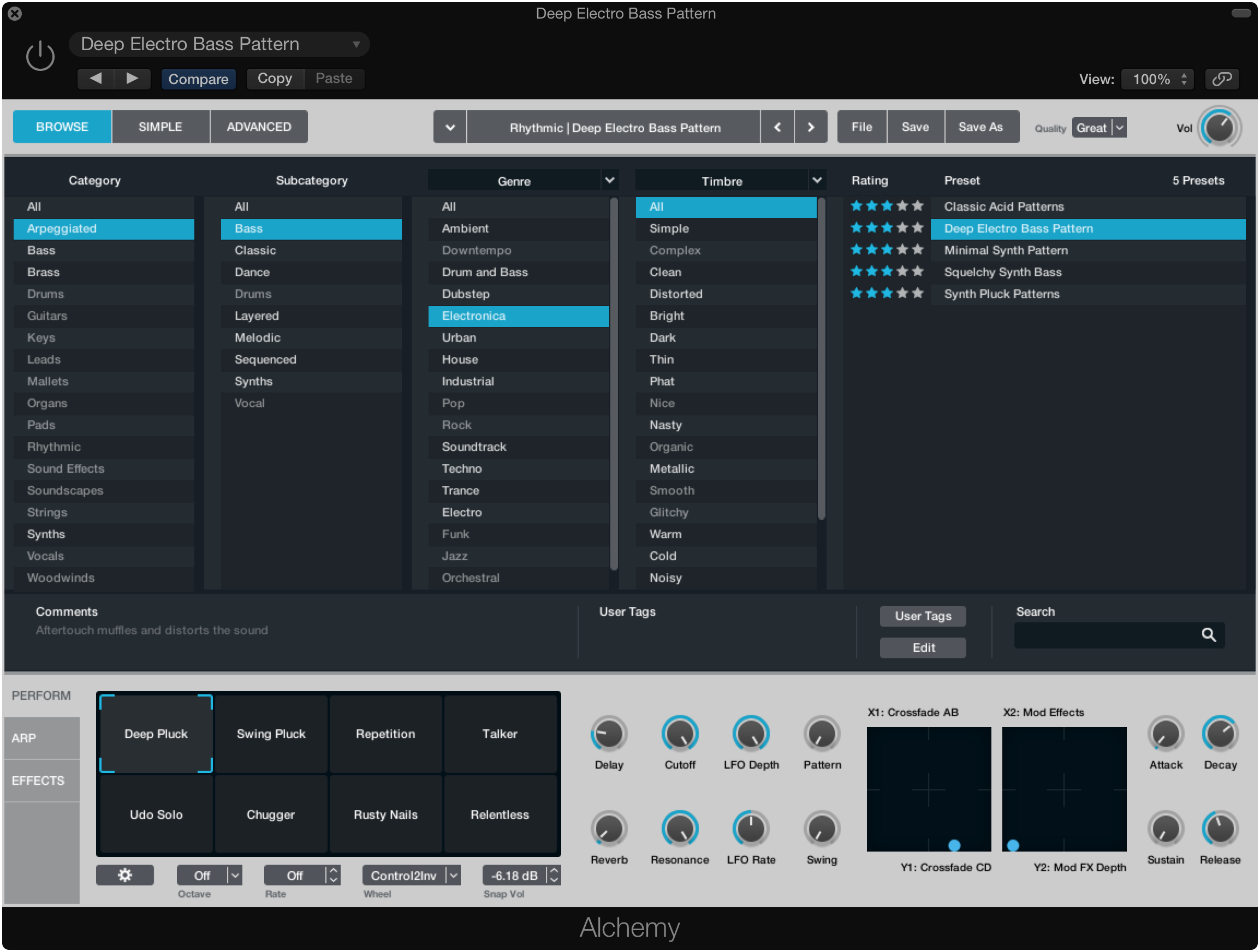 For everyone who says that Apple is no longer catering to the pro crowd, or that it no longer cares about its professional apps, that’s obviously not the case, as you can see with this latest update.

What do you think? Are your a Logic Pro X user? Meet me down in the comments with your opinion.