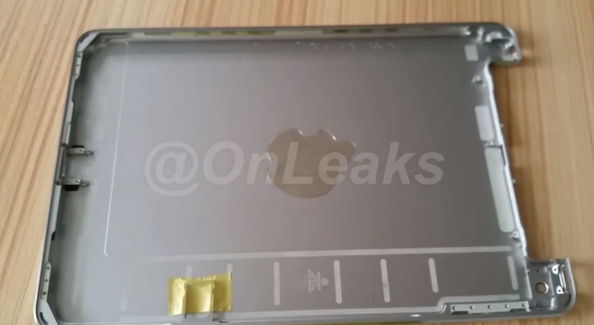 Claimed CAD drawing published Monday by the usually reliably OnLeaks provides yet another indication that Apple’s next-generation iPad mini will be the slimmest 7.9-inch iPad yet, basically supporting the theory that the iPad mini 4 will match the thinness of the iPad Air 2.

The device’s profile is expected to go from 7.5mm down to the iPad Air 2 thinness of just 6.1mm, or less than the iPad mini 3 thickness of 7.5mm. In addition to the technical drawing of the iPad mini 4, OnLeaks posted a nice hands-on video showcasing a claimed iPad mini 4 housing.

In addition to borrowing the iPad Air design, Apple’s next iPad mini is expected to adopt a number of features from its bigger brother, including an eight-megapixel iSight camera with Burst and Panorama modes, the Apple-designed A8 processor, 802.11ac Wi-Fi, a laminated display with anti-reflective coating for improved viewing experience and more.

And this is the video of the claimed iPad mini 4 chassis.

Notice the chassis has two rows of ten holes alongside the Lightning port versus four rows of fourteen holes on the iPad mini 3.

If the rumor pans out, the iPad mini will receive its most substantial refresh yet. Last year, Apple essentially refreshed the iPad mini by slapping Touch ID on the iPad mini 3 while adding a new gold color option.

Apple is expected to unveil new iPhones, iPads and a next-generation Apple TV at a rumored September 9 media event.