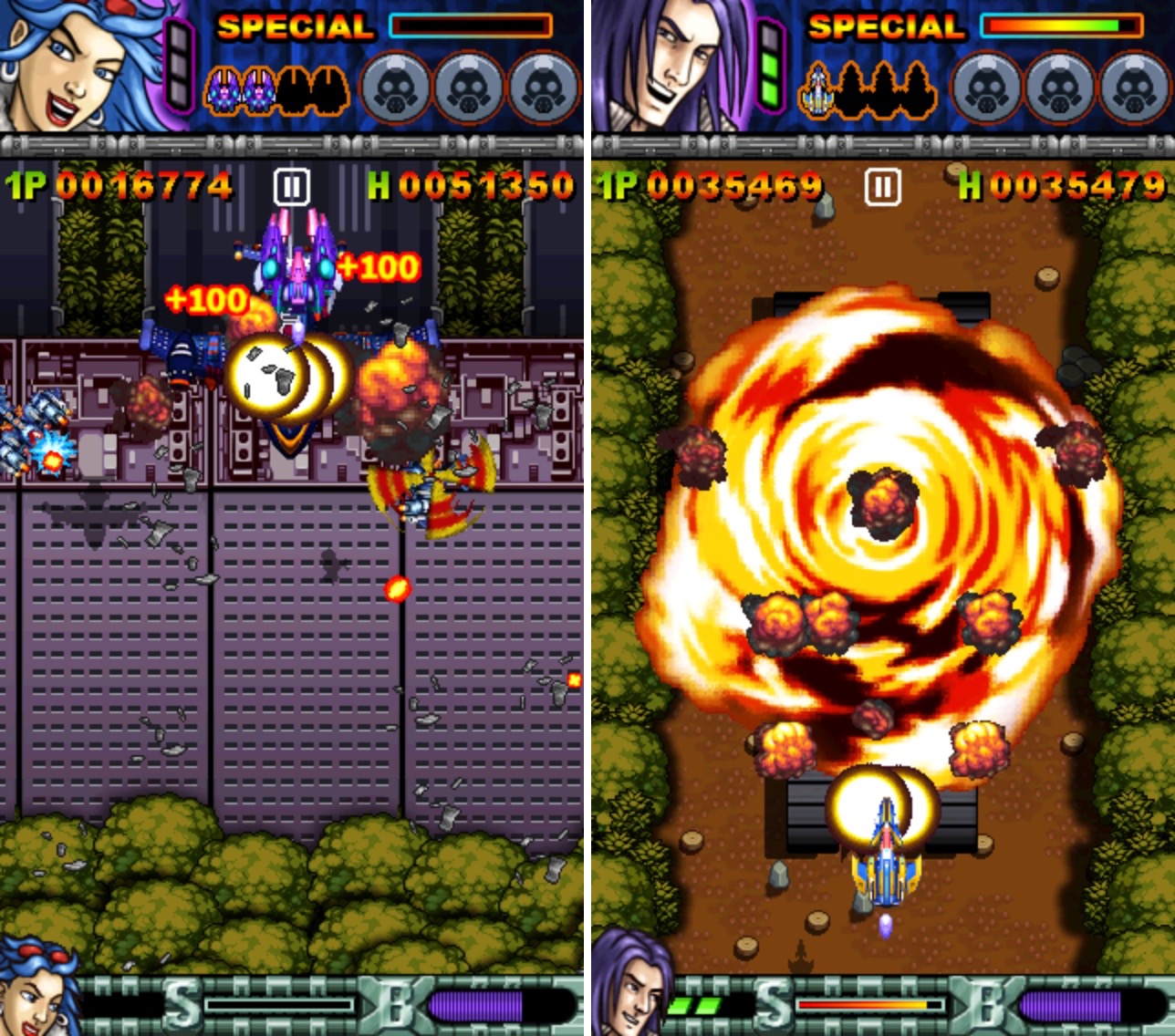 As far as arcade shooters go, some of the most action-packed are the ones where you are being bombarded by a massive onslaught of firepower that you can’t seem to get away from. Some call it the “bullet hell” genre.

Operation Dracula is a vertical shoot-em-up that can be considered a bullet hell game because your entire screen is filled with firepower coming at you from every angle. We’ve got a full game review of Operation Dracula for you today.

In a world where four nations have defeated Bram Stoker’s famous vampire, humanity is at peace for decades until the four nations are sent a mysterious message regarding the four pieces of the Vampire Spear, which was divided amongst the allies.

In this game, you are an elite pilot sent on a mission to do something completely unrelated to the story above. You must blast your way through a ridiculous invasion of chaos to reach the end boss and bring about his doom.

This is a lovingly re-imagined take on the classic vertical shooter game. It is completely decked out in all of the neon bling of late 1980s gaming. It is so full of action that you literally can’t see everything on the screen at the same time. There is just too much going on.

This world is set in a harsh future where every ship is made out of metal and outfitted with more firepower than any one country has right now. The bosses at the end of each level are mechanical maniacs with shoulder guns that spew nuclear vomit at you.

The soundtrack is perfectly fitting for the action, and for a nice added feature, you can actually change the soundtrack to one of 34 different songs, nine of which are available at the start of the game and the rest must be unlocked though achievements. 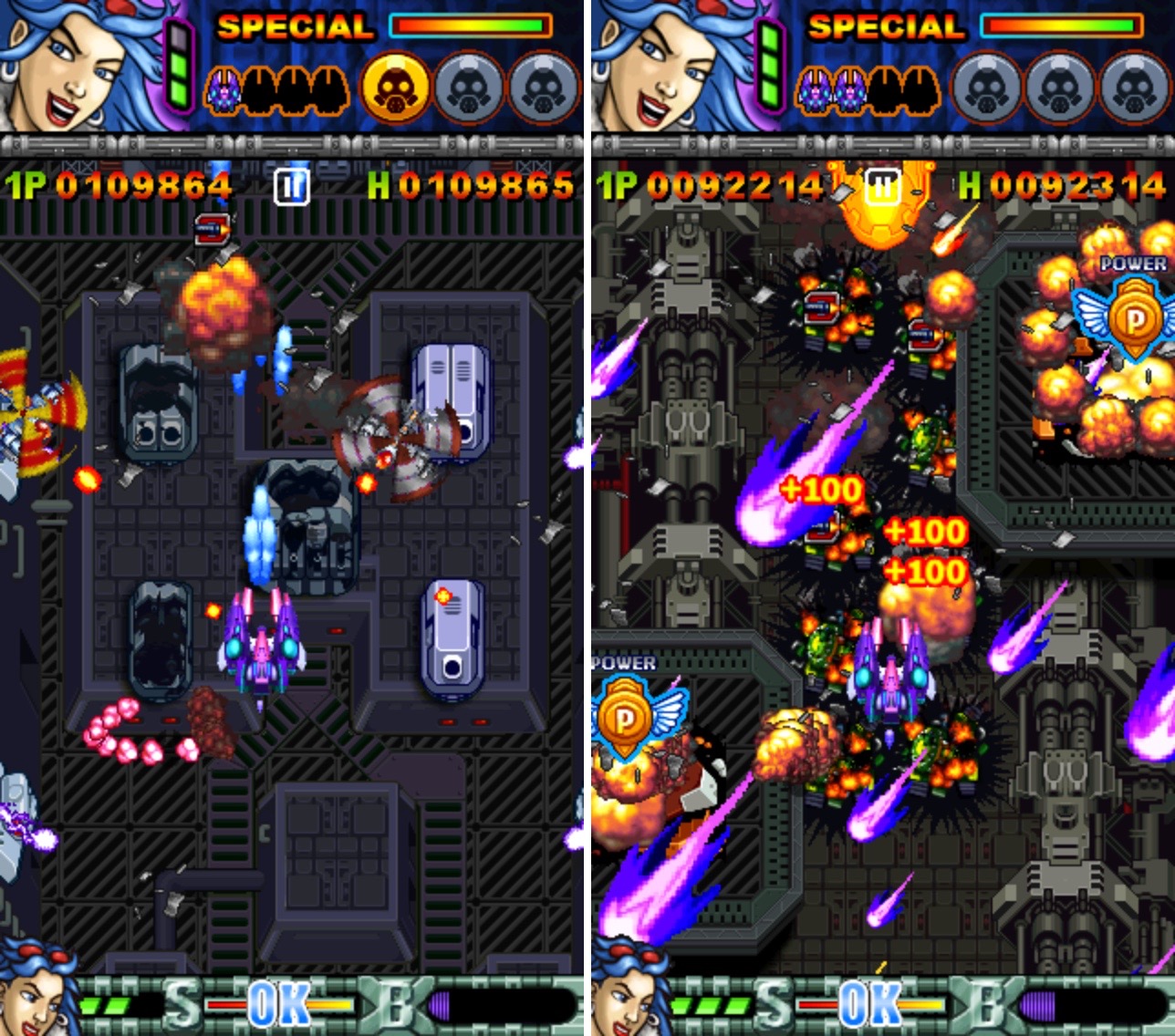 There isn’t much to say about the gameplay. Your job is to shoot everything in sight while trying to avoid the barrage of firepower being thrown at you, which is basically impossible.

Your only hope is to catch falling bonuses as you fly through the obstacle of munitions around you. These collectable items recover your health, fill your bomb meter, and upgrade your ship’s weapons. There are also point score bonuses that drop from larger ships that you destroy.

You ship comes equipped with one auto-fire weapon, which can be upgraded with power ups. You also have a special weapon that fires when your special meter is full. Different ships have different special abilities, but they are all area-of-attack type weapons.

You also get mega bombs, which unleash a wide-ranging attack on everything in sight. You must collect bomb items to fill your meter before you can deploy mega bombs.

Players can choose from three different ships and their pilots with a fourth unlocked after completing the entire game in Normal mode.

At the end of each level, you must fight a giant boss that is probably going to kill you at least once before you finish. Luckily, each game has three lives and you can continue from your current spot three more times. So, you’ve got a lot of chances to get through the game. Unfortunately, once you lose all of your lives and all of your continues, you must start over from the very beginning of the game. Ouch. 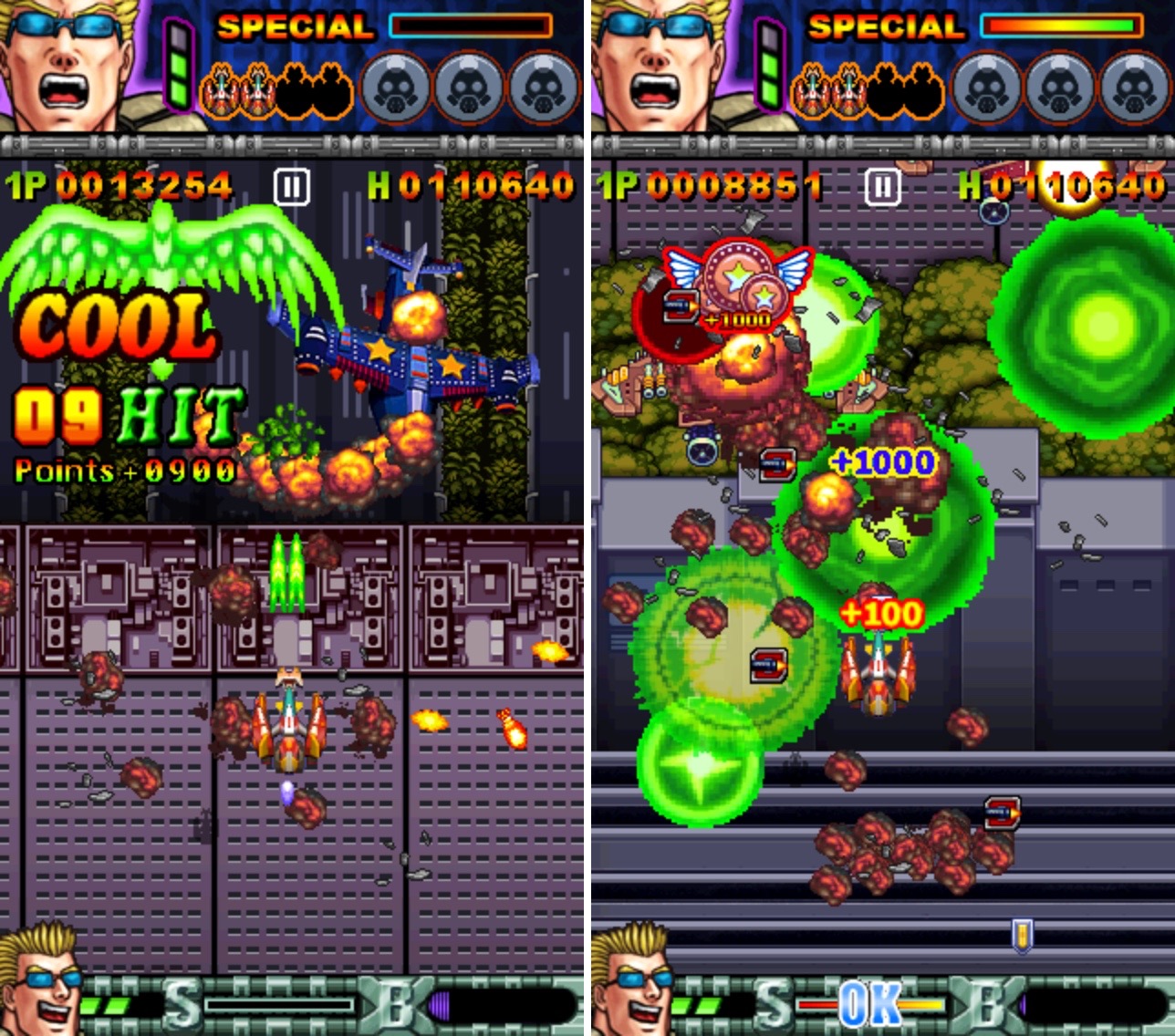 You definitely get your money’s worth in this game. It is relentless action every second of the way. There is no time to breath and no slacking allowed. The retro flashback look and feel of the game clearly shows that its creator loves the genre.

The difficulty arc of this game is unforgiving. You will die a lot. However, that’s what makes a bullet hell shoot-em-up what it is. If it were any less, fans of the genre would scoff at its lack of authenticity.

Operation Dracula costs $5.99. In the past, games like these would have launched for about two dollars. However, the App Store has seen a lot of changes lately and in-app purchases have altered the landscape significantly. This game has zero in-app purchases and all content only becomes available once you’ve unlocked it through good old-fashioned gameplay.

This is not a game for everyone. It is very hard. If you like the vertical shoot-em-up genre and have a love of bullet hell games, then you should not pass this one up. It will bring you a sense nostalgia. This game is available on the iPad, iPhone, and iPod touch. Download it in the App Store today.

What do you think of this bullet hell style game? Let us know in the comments below.