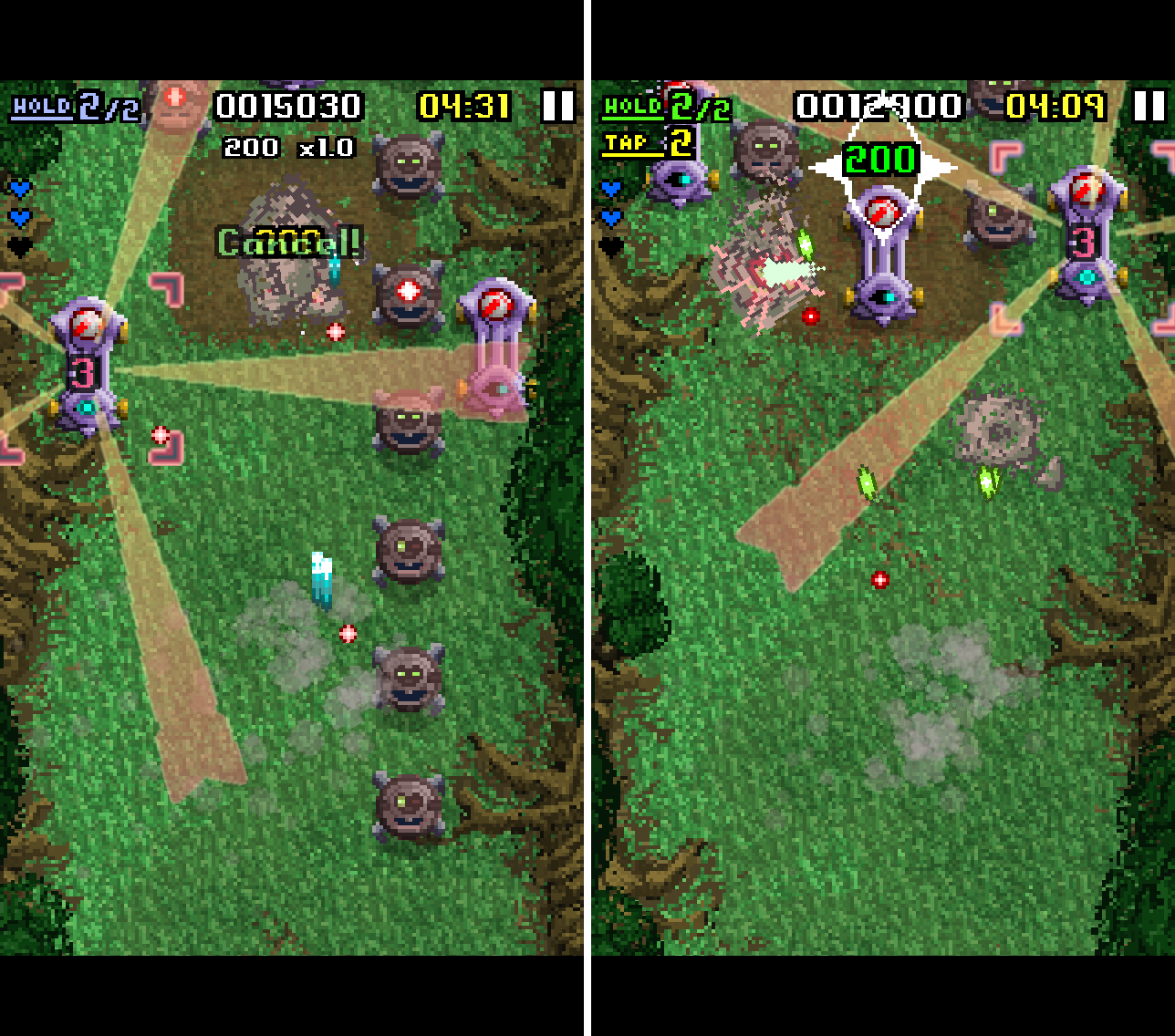 Vertical shooters are a lot of fun and some of my favorite types of games. The Raiden series is always in my iPad games folder. I enjoy the fast-paced action and all out attack from the top of the screen.

Magenta Arcade is a vertical shooter that takes place in a fantasy world where you are a god granting wishes to your people. When disaster strikes, you must retaliate with an unceasing blast of firepower on the enemy. We’ve got a game review of Magenta Arcade for you right now.

As the god of a nation of needy people, you grant wishes by holding down a button on the screen. One day, you are attacked by Magenta. When you wake up trapped in a cell, you must use your powerful forces to show Magenta what it means to mess with a god.

Using your finger as the ship, wipe out Magenta’s army of robots in a series of attacks. Waves of enemy forces ascend while you blow them all away using just your finger.

The game is a top-down vertical shooter with you at the helm of an invisible ship. The enemy’s army is made up of different types of robots, each with enough firepower to take down anything less than a god. Thank goodness, you are a god.

In between annihilating Magenta’s army, you will have the chance to earn extra power or health in bonus rounds. These rounds require a little more speed and skill than simply blasting everyone to smithereens, so be ready for anything. 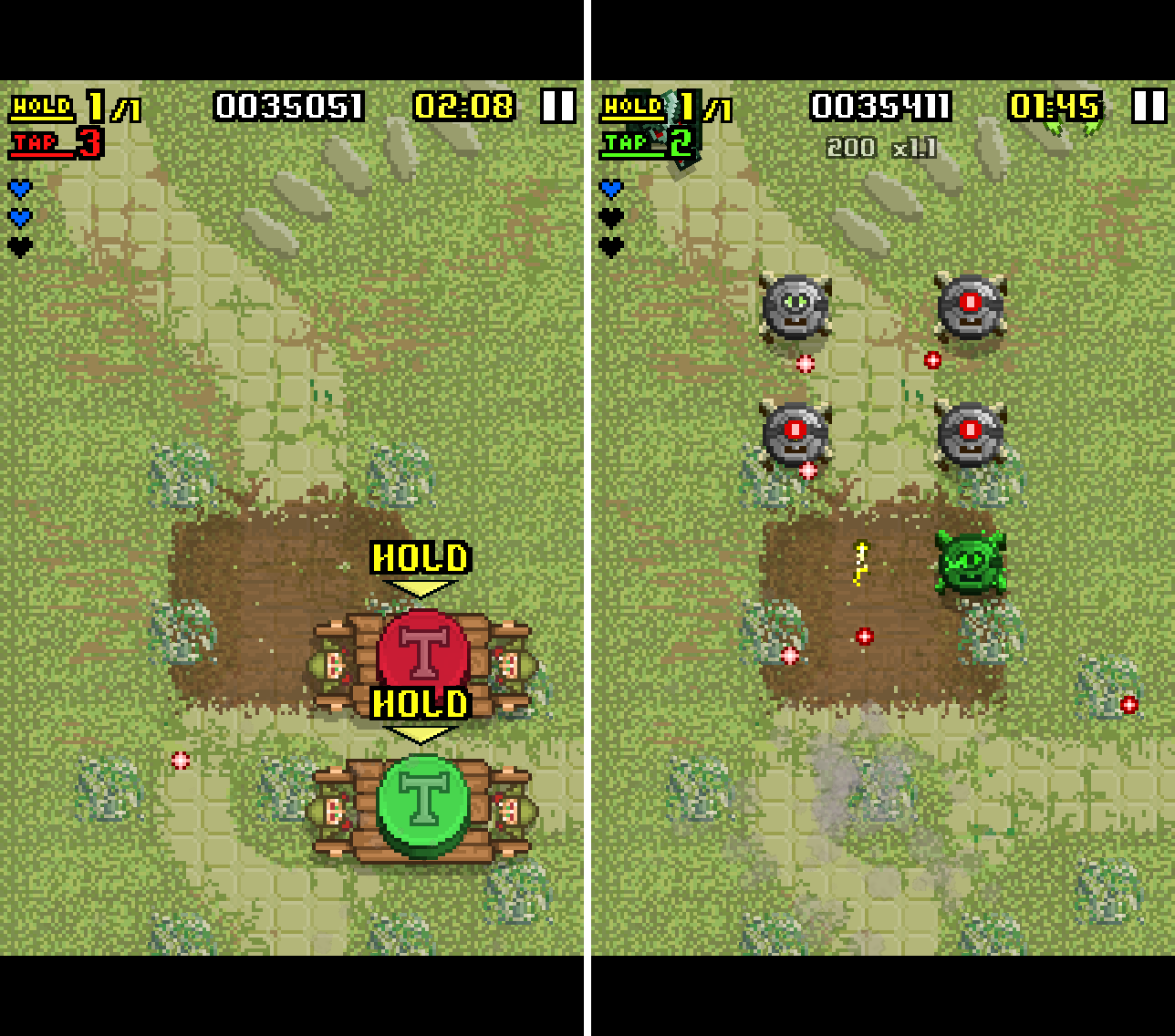 To fire the auto-attack weapon, hold your finger down on the screen. This will send lasers, electro-shocks, and other firepower out at the enemy. When you lift your finger from the screen, you stop shooting and your “ship” disappears. That is, you won’t suffer any damage from incoming attacks. So, you can blast away as much as you like without having to maneuver a mass of metal around on the screen. Simply lift your finger and place it wherever you like to continue the assault.

There is also a special attack that is activated when you tap the screen. You only get three special attacks at a time, so use them wisely.

Every so often, a couple of buttons appear that allow you to change the weapon type. Hold down the button for a few seconds to change weapons for a variety of firepower.

As the robots attack, different elements are introduced. At first, the enemy may only be able to fire off a few shots at a time, but then a new robot will appear that will explode when it gets close to you, so you must destroy it fast. Then, laser cannons will show up that keep you from getting anything done until you take them out. Timed bombs will keep you very busy as they enter the battlefield at random times

Like every good arcade game, each phase has a difficult end boss. Not only do you have to send as much firepower on Magenta as possible for this fight, but you also have to figure out his weakness and exploit it to your advantage.

If you lose all three health points during a phase, you must start over from the beginning of that phase. Once you complete a phase, it is unlocked for you to replay at any time.

There are five different phases, each with different types of robots and a boss battle with a unique weakness to expose. 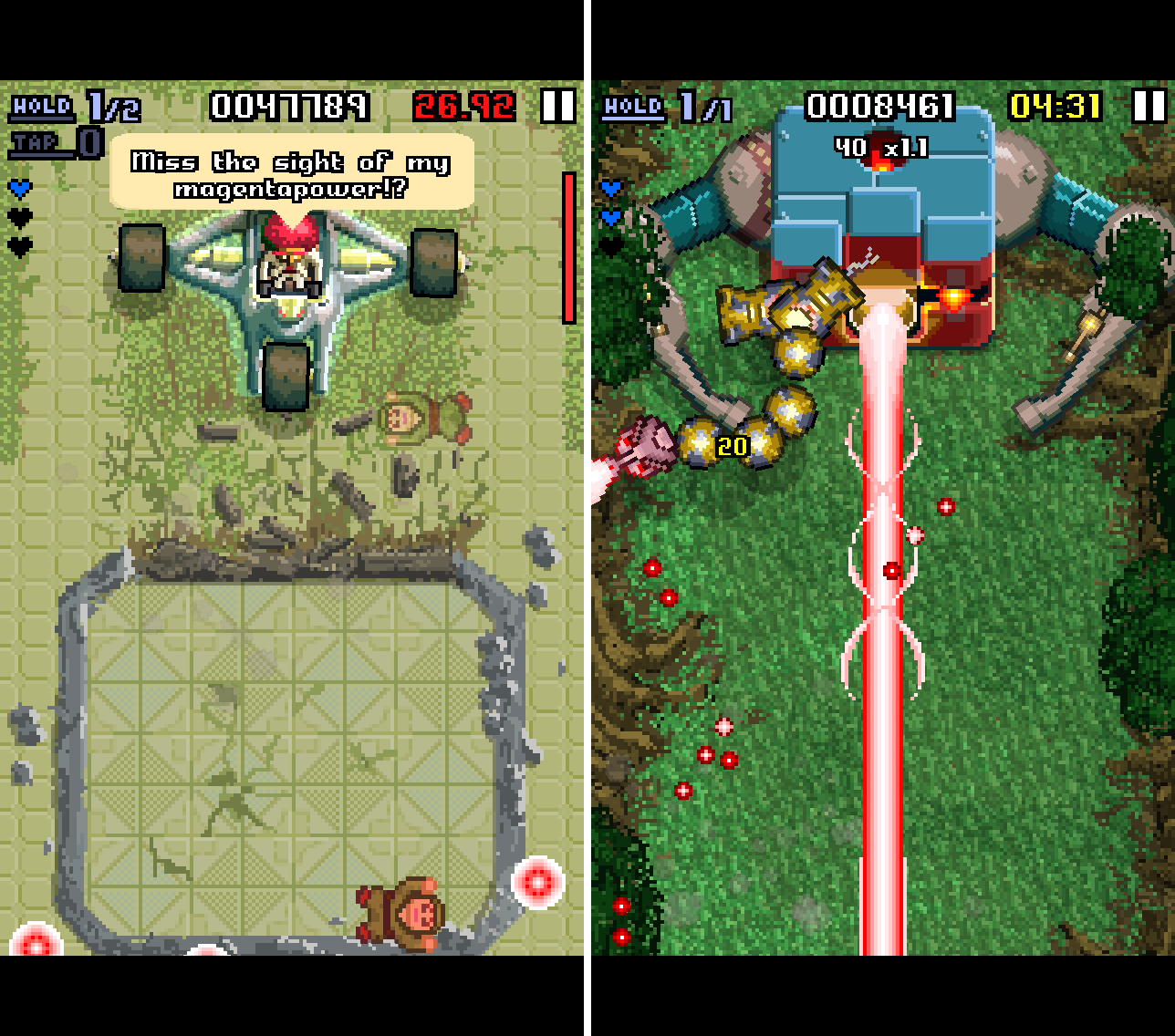 Although designed specifically for mobile, this is a good, old-fashioned vertical shooter. It has plenty of fast-paced action and challenging bosses, plus a few mini rounds that provide bonuses. It is a well rounded game with good mechanics.

I didn’t have any issues with this game. It runs smoothly, has a great theme, and is challenging enough to keep me interested.

Magenta Arcade costs $1.99. In the past, I would have said this game would be priced better at $0.99. However, the trend in the App Store now is to offer games for $0.99 and include in-app purchases for upgrades. There are no in-app purchases for this game, so the extra dollar keeps you from being bombarded with additional buying options. The replay value is high, since you can replay any phase to earn extra points.

If you are a fan of traditional vertical shooters, give this one a try. It fits perfectly into the mold, while still offering updated features for mobile gaming. This game is available on the iPad, iPhone, and iPod touch. Download it in the App Store today.

What do you think of Magenta Arcade? Let us know in the comments below.