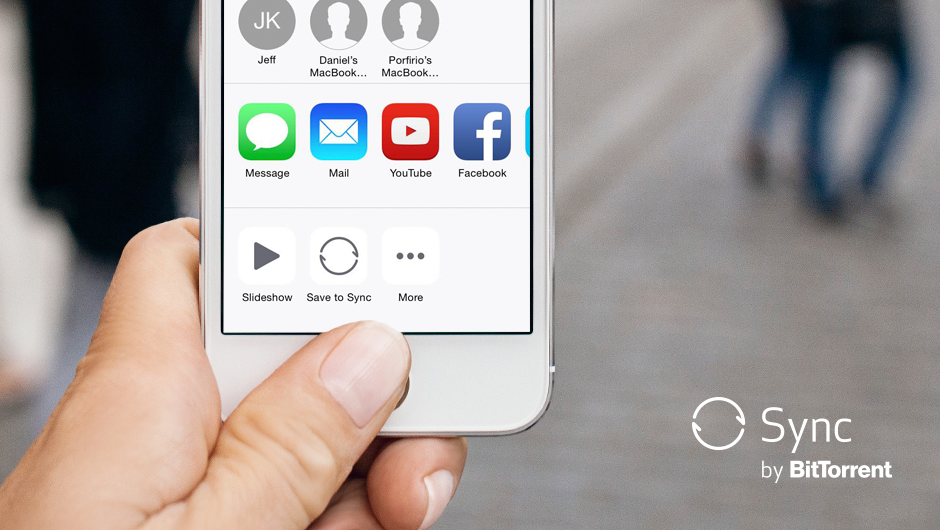 BitTorrent Sync made its App Store debut back in August 2013, its major appeal being the underlying distributed technology that facilitates secure file syncing between devices but without a roundtrip to the cloud, thus appealing to privacy-minded customers.

The mobile component to BitTorrent’s peer-to-peer file syncing product, BitTorrent Sync for iOS is receiving a major update later today with an important productivity element added to the app: you can now save various types of files created in other apps right into a Sync folder to share with connected devices via a new Share sheet action.

How did they do it?

In a nutshell, they made a Share sheet action which allows you to easily send anything to a Sync folder in any third-party app which supports iOS 8’s native sharing functionality.

Even better, as you make edits to files in other apps, changes get synchronized in an instant thanks to BitTorrent’s smart engine that only transfers the bits that have actually changed rather than the whole file. Before today, you could only view, access and sync items that existed within the Camera roll.

The refreshed application brings out a pair of productivity features.

For starters, users can now create any type of file within the app, such as movies, edited photography and so forth, and save it directly into a Sync folder.

Moreover, it’s now possible to edit common file types like spreadsheets and Word documents right within the app, and have the changes synced automatically to other people and devices.

Edit files in a Sync folder

This is a biggie.

Now you can edit a file stored in a Sync folder using its creator app, save the edits and have the changes synced back to all your linked devices and people, like magic. For example, tap on a spreadsheet in your Sync folder and it opens in Google Sheets. 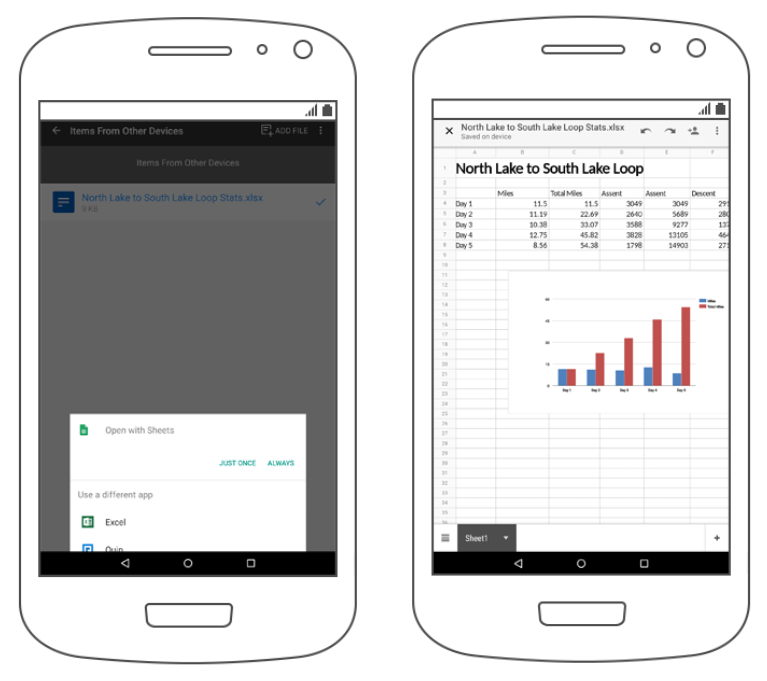 Once the edits are saved, the updated file is automatically synced with anyone that is connected to the shared folder. The fine print says that this feature is dependent on the app that is being used to make the edits and subject to certain auto-save settings.

In my brief test with the app, the feature worked as advertised. I did not encounter any problems editing Pages documents and Microsoft Office files and those edits immediately synced to my other devices running BitTorrent Sync.

Exhibit A: Syncing directly from Photos

Before today, you could only access your Camera roll from within Sync. Now a new ‘Save to Sync’ action is also available in the Share sheet in Apple’s stock Photos app and other third-party apps.

This provides the benefit of allowing you to browse your Camera roll, select your photos and send them to a Sync folder directly within the context of the Photos app. And if you connect other people to a Sync folder, everyone can share images among themselves by adding photos directly from their iPhone and iPad’s Photos app knowing that the files will automatically appear on everyone else’s devices.

Let’s pretend you put together a nice video in Apple’s iMovie app.

Instead of importing the entire video to your computer, you can make edits on the go in Apple’s video-editing app, invoke the Share sheet to send the finished clip to your Sync folder and watch as the video gets transferred to your other linked devices.

It’s like AirDrop on steroids, but with many more features.

Other noteworthy features in BitTorrent Sync

In addition to the aforementioned file editing and creation capability, BitTorrent Sync can back up your linked devices in two taps. You can change which devices you back up to at any time and view details for each folder, including information like the folder size, the number of files it contains, last synced date and other helpful info.

Because BitTorrent Sync bypasses the cloud and establishes a secure peer-to-peer connection between devices to transfer your files. Your linked devices are protected with a private identity. Besides, peer-to-peer syncing is about sixteen times faster versus normal cloud syncing through apps like OneDrive and Dropbox.

Again, none of your data is ever stored on a server in the cloud. Needless to say, your files are encrypted in-flight to keep them private and protected from prying eyes.

And as of BitTorrent Sync 2.0, you can link your devices together so that each folder added to Sync is automatically made available on your mobile device.

BitTorrent Sync mobile apps are available on iOS, Android, Windows Phone and Kindle platforms. The iOS app is compatible with any iPhone, iPod touch and iPad which is supported by iOS 7.0 or later.

BitTorrent Sync is also optimized for native display sizes of the iPhone 5/5s/5c, iPhone 6 and iPhone 6 Plus.

Download BitTorrent Sync free of charge in the App Store.