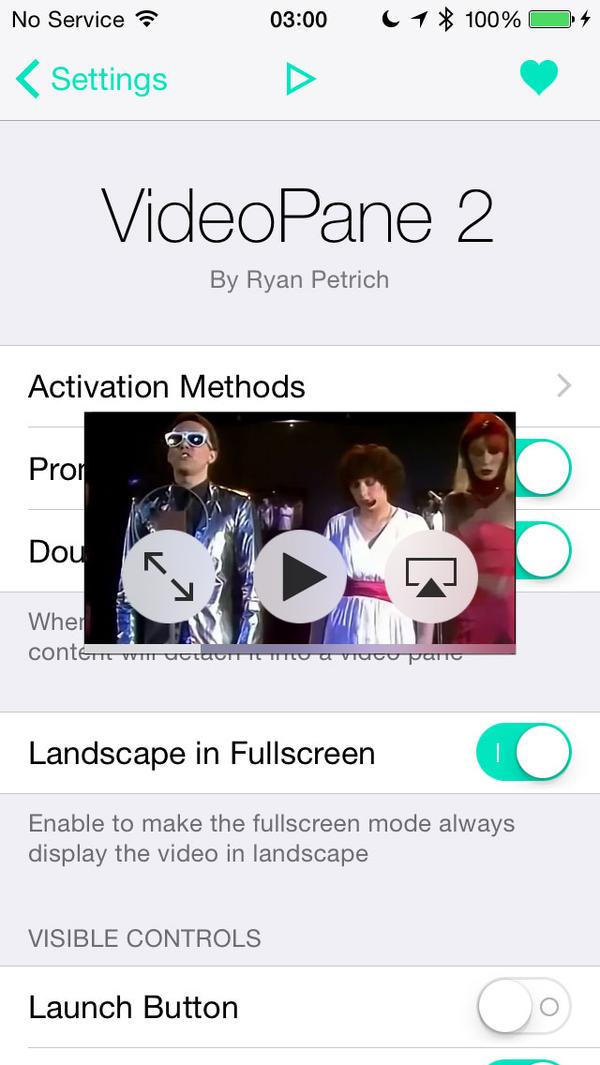 Considering how much work has gone into VideoPane, and what it allows you to do, it wouldn’t be surprising if Petrich decided to charge for the update. However, the update will be free for those of you who purchased VideoPane in the past, regardless of when it was purchased.

The VideoPane 2 update features a redesigned user interface, and support apps that use DRM or apps that feature their own custom video decoding.

VideoPane 2.0 beta has a new redesigned UI and support for apps that use DRM or do their own custom video decoding pic.twitter.com/79RfRt1lo7

VideoPane is consistently one of the top jailbreak tweaks and often featured in our jailbreak tweak “best of” lists. It’s so good that Apple is implementing similar functionality in iOS 9. If you want to know more about VideoPane, then check out our full review.

Do you use VideoPane? Are you looking forward to the VideoPane 2 update?