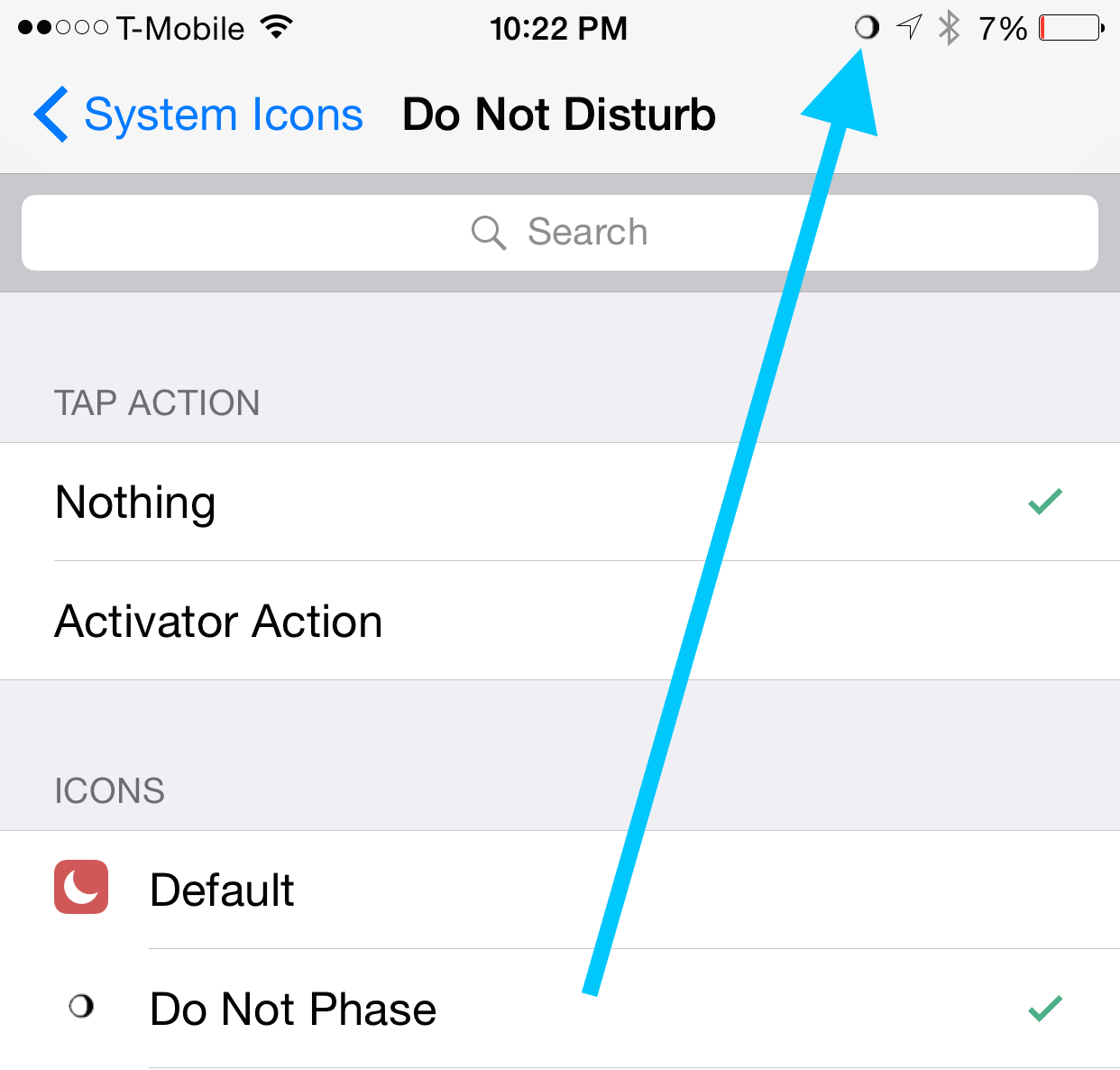 Interested in having a waxing crescent in your status bar instead of the standard Do Not Disturb moon icon? A new jailbreak package will allow you to theme the DND icon with the current moon phase.

The package, entitled Do Not Phase, piggybacks on the popular Protean jailbreak tweak in order to accomplish its goal. The result is a slick-looking Do Not Disturb moon icon that clues you in on the day’s current moon phase.

To install Do Not Phase, simply add the following repo to your Cydia sources:

Once added, find and install Do Not Phase. The tweak has several package prerequisites, so you may notice that it will install additional Cydia releases, such as Protean, upon installation.

Once Do Not Phase is installed, invoke Do Not Disturb.

Next, venture over to Protean’s preference panel in Settings app, go to System Icons → Do Not Disturb, and tap Do Not Phase. Once you do, you should see the DND icon in the status bar change to the current moon phase.

Today, the moon phase is a beautiful waxing crescent, and that’s now reflected perfectly in the status bar courtesy of Do Not Phase.

What do you think? Pretty cool, no?