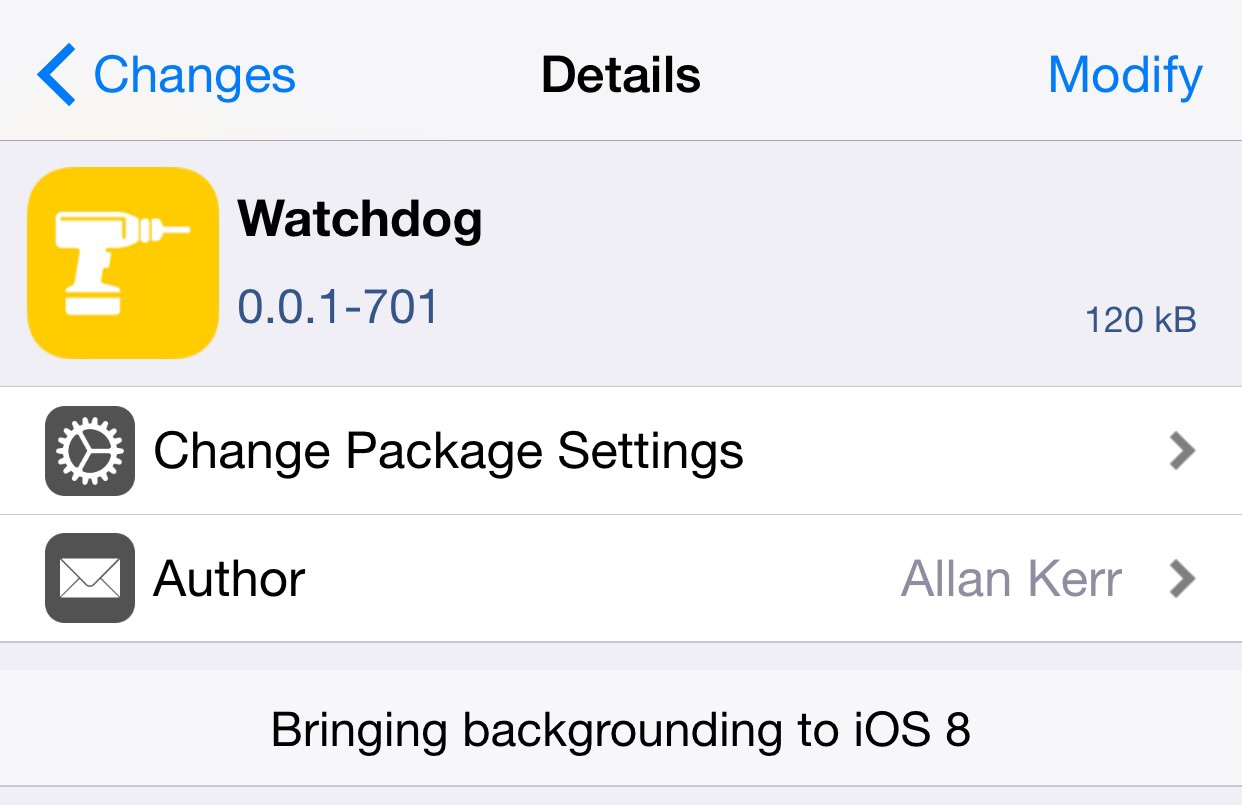 Watchdog is a beta tweak that’s available via developer Allan Kerr’s third-party repo. In this post, I’ll show you how you can get Watchdog on your jailbroken device, and share a few use case scenarios. 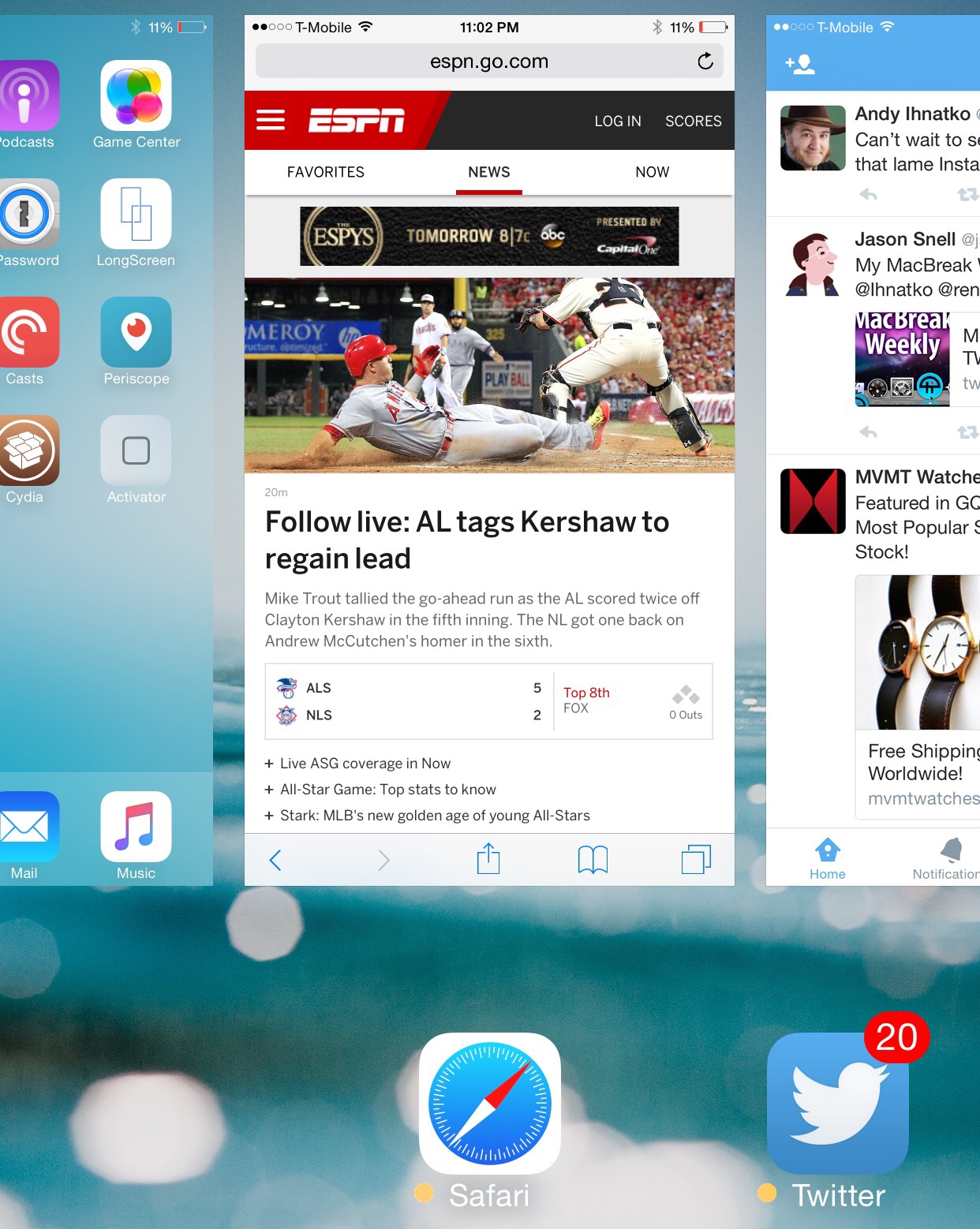 Tapping an app icon in the App Switcher toggles backgrounding

To install Watchdog, add the following repo to your Cydia sources:

Once you add this repo, search for Watchdog and install it. Keep in mind that this tweak is still very much in beta, so your mileage may vary.

Once an app is backgrounded, it will continue running while in the background as if it was in the foreground. This will obviously have some negative effect on your battery life, but that pretty much goes without saying. The benefits that you derive from backgrounding apps may make the battery life trade-off worth it to you. 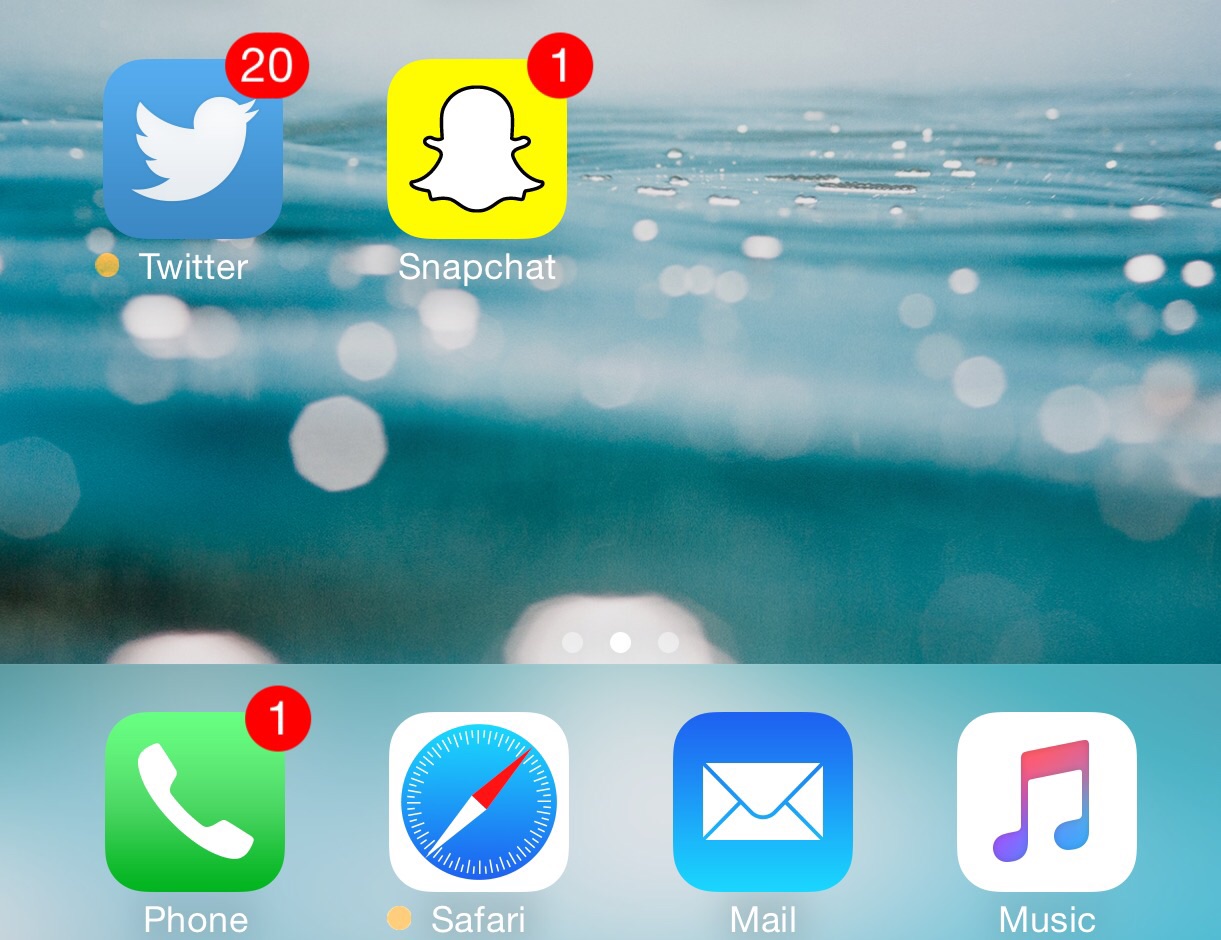 For example, if you background the Safari app while a video is playing, the video will continue playing even when the Safari app is minimized. Watchdog can also be used to help prevent apps from automatically refreshing, which can cause them to take a longer time to resume when reopening the app.

Another benefit of Watchdog is that backgrounded apps will automatically start upon restart  or respring. if you wish to prevent such behavior, you’ll need to deselect the app prior to rebooting or respringing.

Again, Watchdog is still in beta, but it’s an extremely promising tweak that brings a highly-requested feature to jailbroken iOS 8 devices.

Does Watchdog sound like the type of tweak that interests you? Let us know in the comment section.