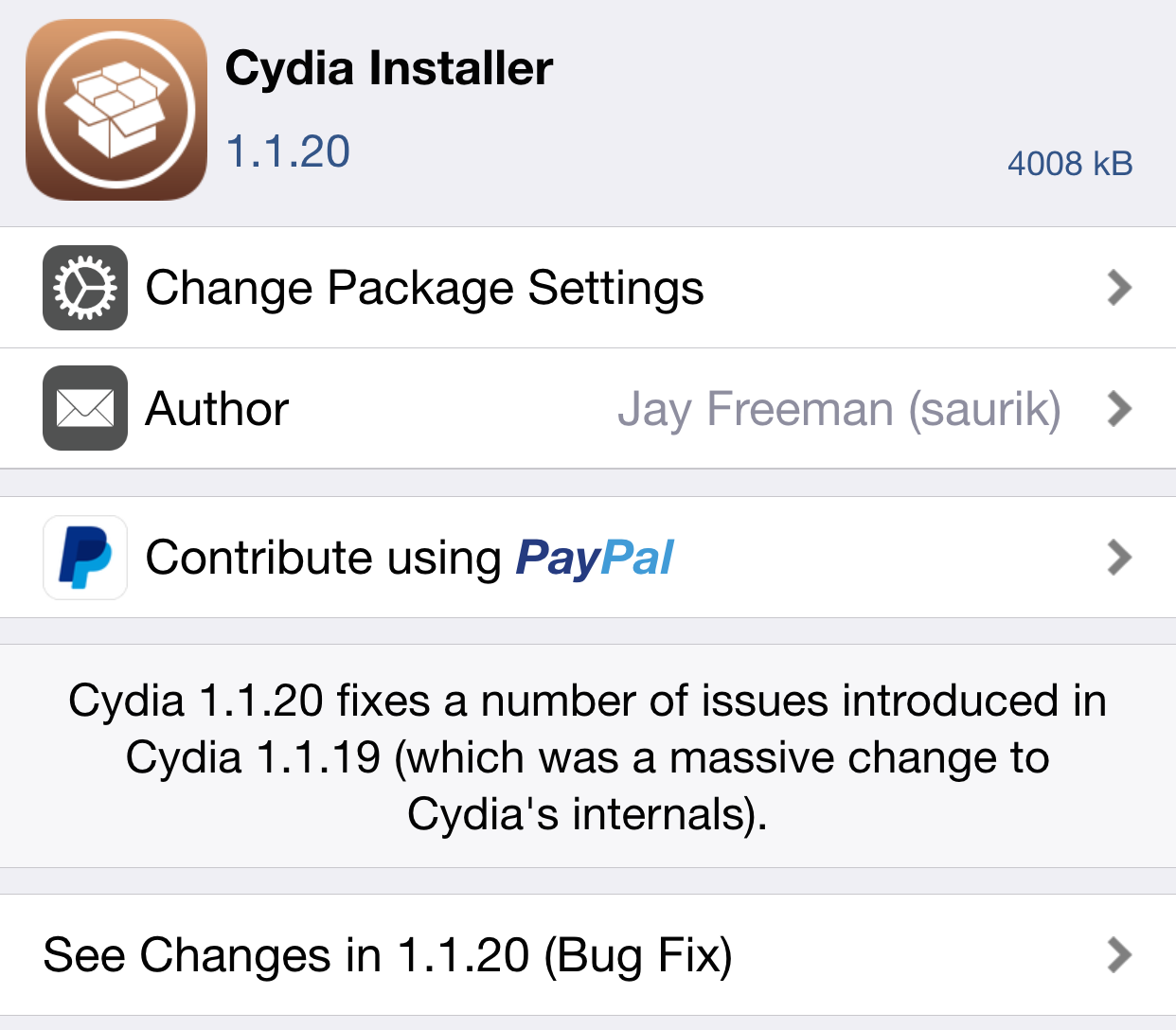 As we noted to you guys upon release, Cydia 1.1.19 was a major upgrade for Cydia. As such, it was inevitable for a few bugs to surface with all of the under-the-hood changes.

In Cydia version 1.1.20, saurik has addressed many of these bugs in what he is calling a bug fix release. If you’re encountering problems while using Cydia, it’s definitely suggested that you upgrade to the latest version as soon as you can. 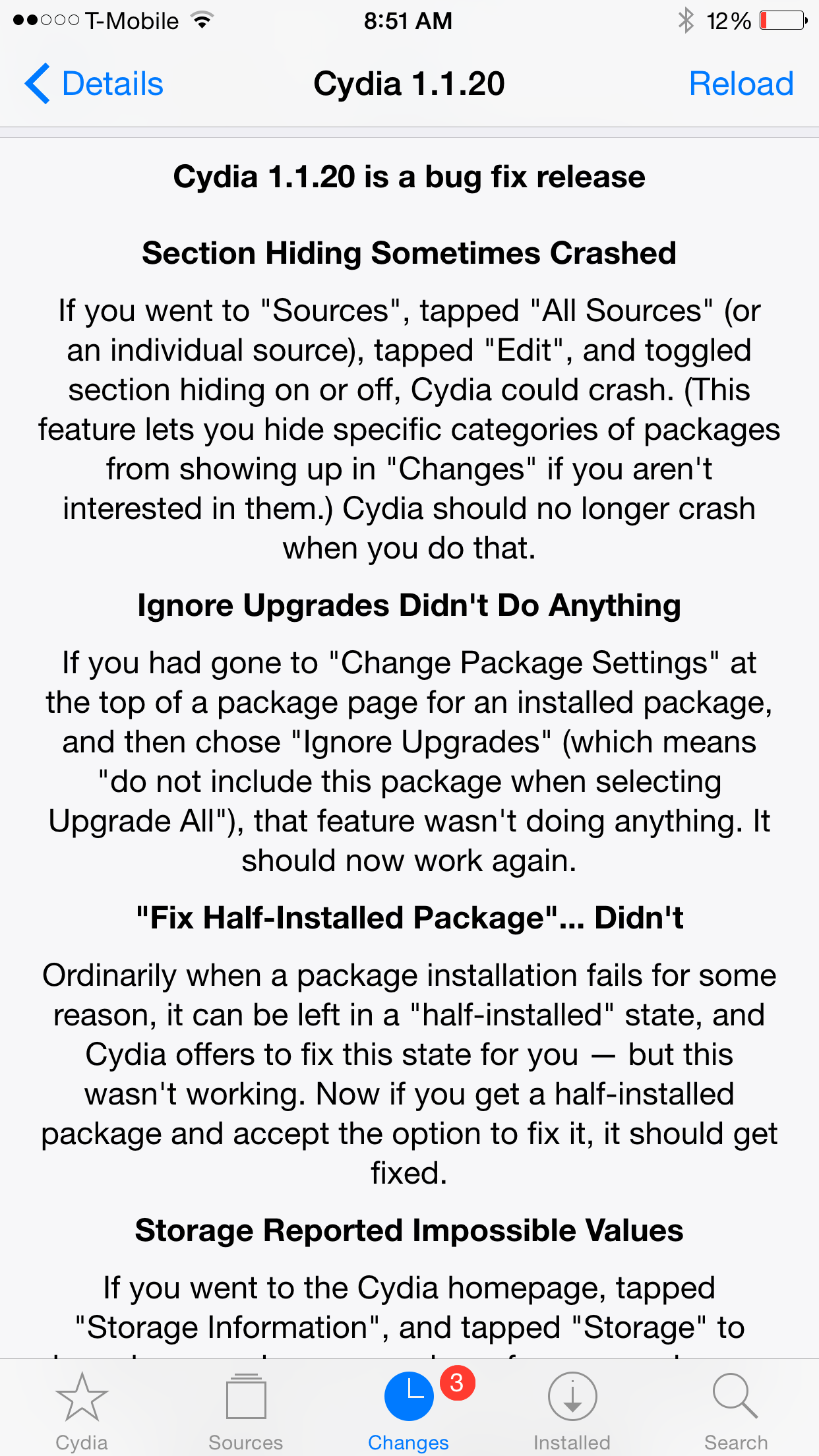 Here are the fixes employed by saurik:

At times, Cydia would crash when trying to hide sections under the Sources tab.

On each package page, there is a Change Package Settings section for managing the individual package. Inside of this section you’ll find an Ignore Upgrades switch, which lets you ignore when the package is updated, and won’t include it when selecting Upgrade All. This should now work like intended. 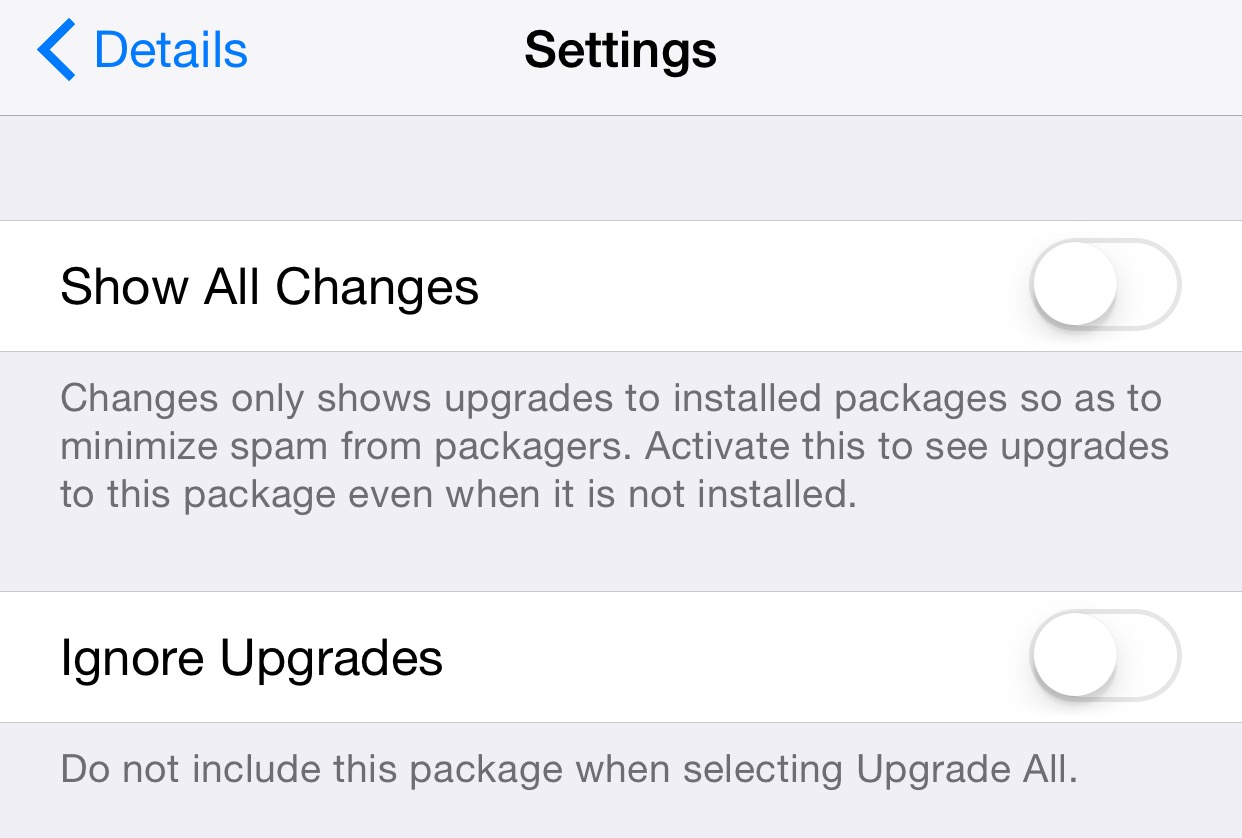 When a package install fails and is left in a half-installed state, Cydia can fix this for you. This functionality was broken in Cydia 1.1.19, but in 1.1.20, it should be working again.

Cydia allows you to view how much room your have for new packages by going to the Cydia tab → Storage. In the previous version of Cydia, it reported erroneous values. This has now been fixed.

So those are all of the fixes included with Cydia 1.1.20. But there is one more additional item included on the 1.1.20 change log, and it’s actually an item missed in the 1.1.19 change log… 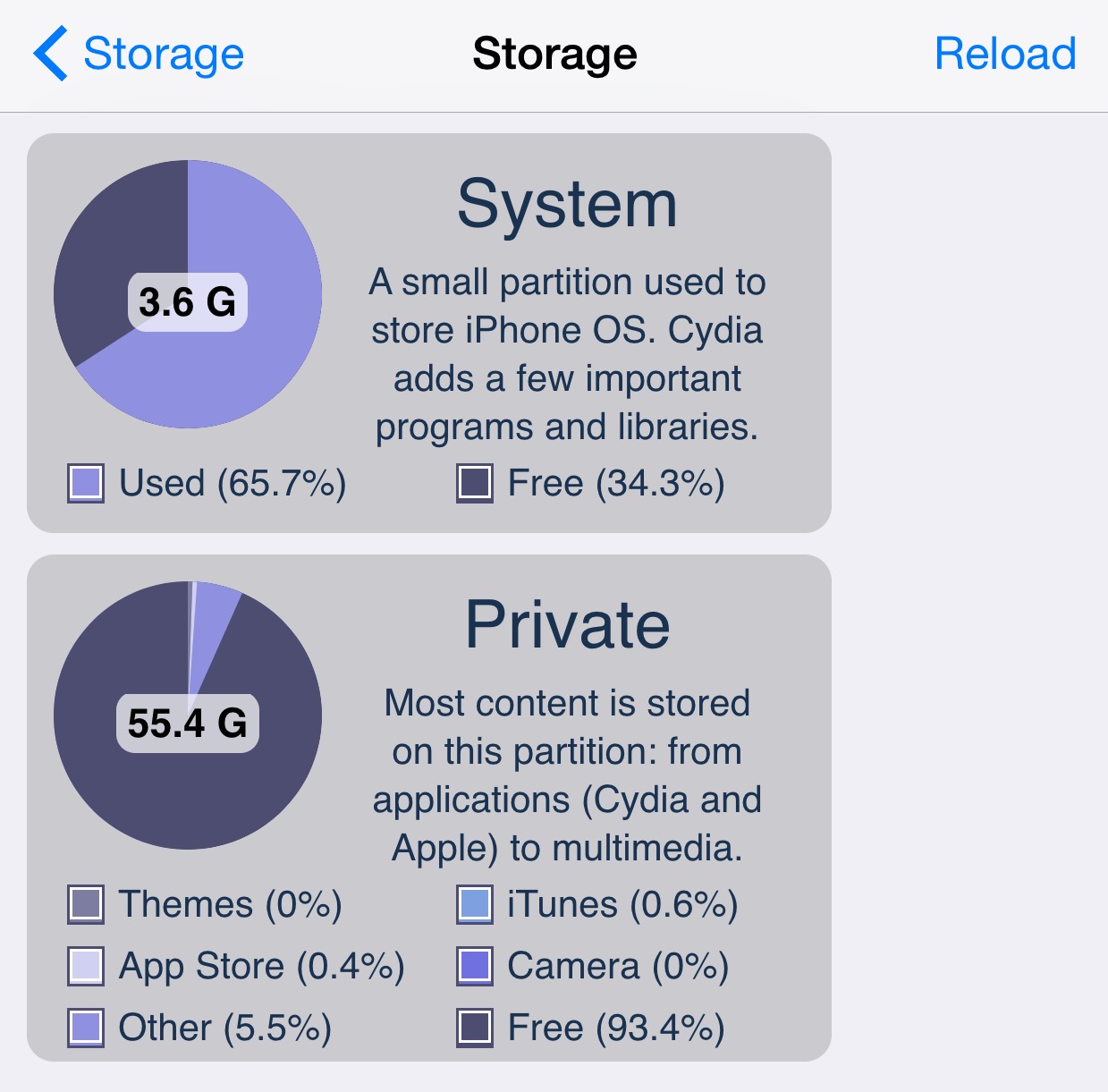 Whenever you perform an iTunes backup on your jailbroken device, Cydia will now include your third-party source list in said backup. This means that if you backup your jailbroken device on iTunes and then restore, you can put the backup on your device and jailbreak again. Cydia will then have your list of third-party sources included, which will save you from having to enter them all again.

What do you think about saurik’s recent campaign to improve Cydia? I know I really appreciate it, what about you?