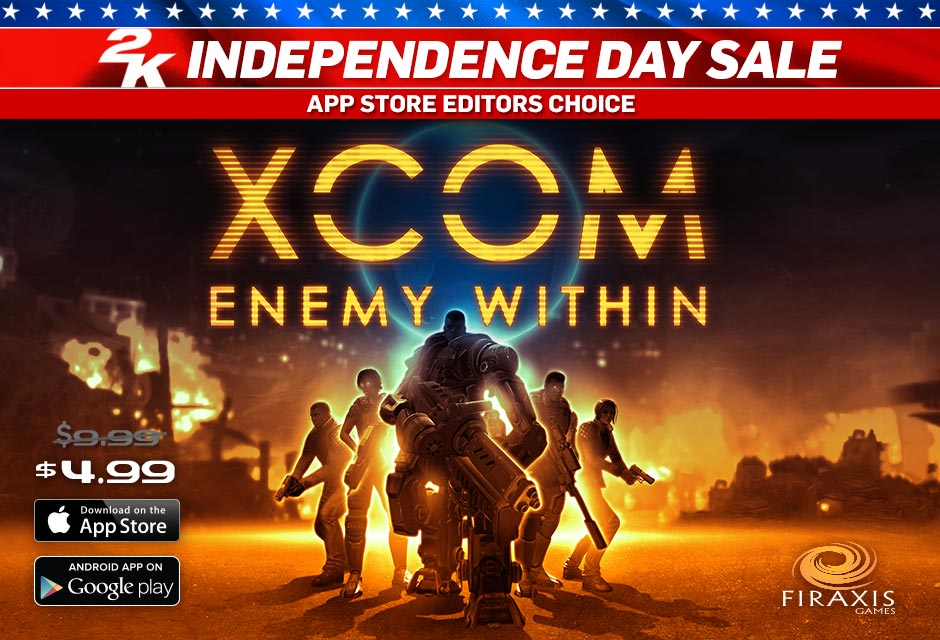 Looking to add some new iOS games to your collection this weekend? 2K can help. The publisher announced on Friday that it will be running an ‘Independence Day’ sale on some of its high-profile mobile titles over the next week.

Included in the promotion are popular sports games such as NBA 2K15 and NHL 2K, as well as the turn-based strategy hit Sid Meier’s Civilization Revolution 2 and BioShock. The discounts range from 25% off, to well over 50% off.

2K says that all of the discounts are live on on the App Store for iOS devices, as are select titles on the Google Play Store and Amazon Appstore for Android devices. The prices are good from Friday, June 26, through Monday, July 6.