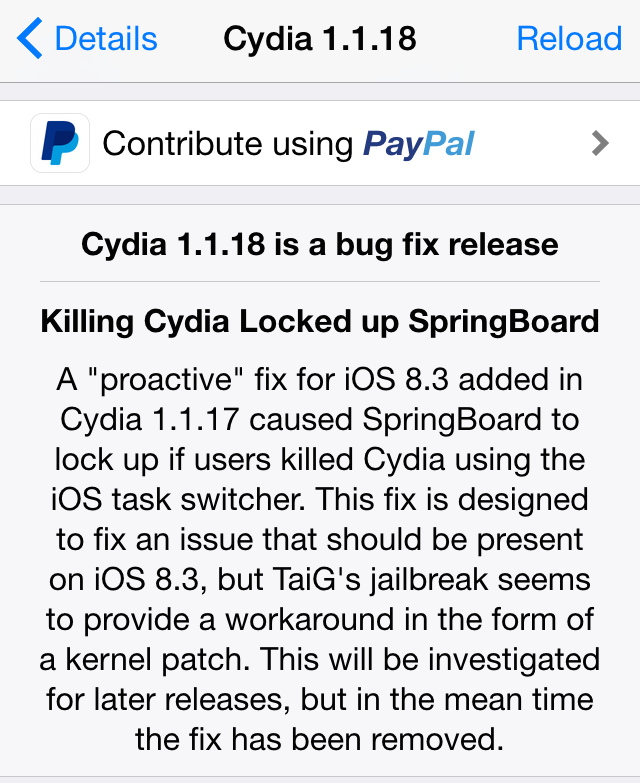 Hot on the heels of the 1.1.17 release of Cydia Installer comes yet another update. This version, aptly dubbed 1.1.18, is another bug fix.

Saurik states that this bug fix is the result of another “proactive” fix for iOS 8.3 and the just released Cydia Installer 1.1.17. To download this update, simply launch Cydia and refresh. You should be automatically prompted to install the update.

A “proactive” fix for iOS 8.3 added in Cydia 1.1.17 caused SpringBoard to loop up if users killed Cydia using the iOS task switcher. This fix is designed to fix an issue that should be present on iOS 8.3, but TaiG’s jailbreak seems to provide a workaround in the form of a kernel patch. This will be investigated for later releases, but in the mean time the fix has been removed.

So, in a nutshell, this fix is a fix for a fix. If you’ve been having the boot loop issue described in saurik’s notes, then I highly advise you to update ASAP. Even if you haven’t experienced the issue, you should update.