Late last year, the Internet giant Google stealthily snapped up a startup called Agawi whose technology let people stream an app to a phone without the need to actually download and install it first.

The deal went under the radar until yesterday, when it was reported by The Information’s Amir Efrati. Agawi’s tech can stream Android apps and Windows PC games to connected TVs, as well as iOS and Android devices.

While it’s unclear whether Google plans to bake app streaming into Android, the acquisition signals a potential new direction for mobile software deployment.

The Information frames the development as “a long-term effort to erode the central role of downloaded apps” as Google hopes to “regain some power it has lost in the mobile world.”

Agawi was spun out of a Silicon Valley startup incubator called YouWeb. According to The Information, the name “Agawi” stands for “any game, anywhere instantly.”

Still, it could take at least a year before the technology makes its way into Android, the insiders said, adding that implementing app streaming on iOS could pose major technological challenges due to Apple’s tight control of its ecosystem.

Agawi provided its technology to graphics giant NVIDIA before the acquisition. NVIDIA tapped it to launch a game-streaming service of its own, called GRID, which permits owners of its Shield tablets to play select PC titles over the Internet, eliminating the need to install a game first.

App streaming is hardly a novelty,

Already most of our entertainment is being streamed, be it music, movies or TV shows. And, technology to stream games without downloading them first has existed for years.

Sony’s PlayStation Now service, for example, gives their console owners the freedom to stream select PlayStation 3 games over the Internet. As for Microsoft, a game-streaming service is being worked on which will permit Xbox fans to stream older titles on their Windows 10 PC.

A major pioneer in this field is Mountain View, California-based OnLive, which allowed subscribers to rent computer games without installing them on their computer. I used to be an OnLive subscriber and found their service fascinating.

The magic of OnLive revolved around a thin client that acted as a receiver of a video-stream that was rendered by the service’s servers, as opposed to having a game run and render action locally by the computer.

Should Google decide to add a Play Store app-streaming service to Android, Apple could feel compelled to produce a similar service of its own given the fierce competition between the technology giants.

In addition to not requiring traditional downloads, other benefits of app-streaming include having apps that are always up-to-date (say good-bye to patches and updates) and available on-demand, thus freeing up storage space on the device. 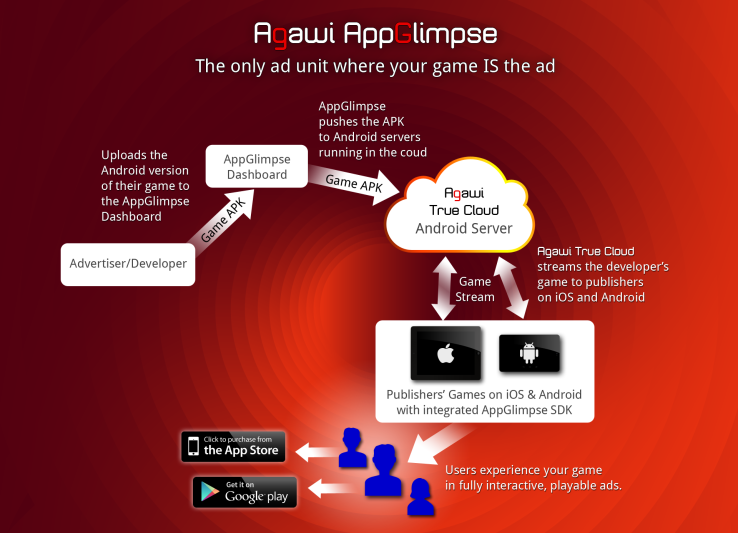 A Google-branded app-streaming service could boost usage of Google services as any smartphone app would be just a tap away in Google Search. More importantly, app streaming would lend itself perfectly to trial software.

Google is likely worried that the rise of apps is diverting users away from mobile search. And, technologies such as Apple’s deep linking and search improvements in iOS 9 threaten to erode Google’s core business model further as iOS 9 can surface apps directly in Spotlight search, bypassing Google Search and the web.

In a nutshell, looks like Google wants you to stop downloading apps and spend more time on the mobile web because they’re making most of their money from search. The key drawback of an app-streaming technology: the need for an Internet connection to access the app for the first time.

Although apps could be cached on the device for offline use, streaming is always a major concern on a metered cellular connection. Another is a potential input lag stemming from having an app running on a server and constantly sending its output to a mobile device in the form of a video stream.

I don’t think downloading apps to your iPhone will soon become a thing of the past, but it’s curious that Google seems to be looking beyond app downloads.