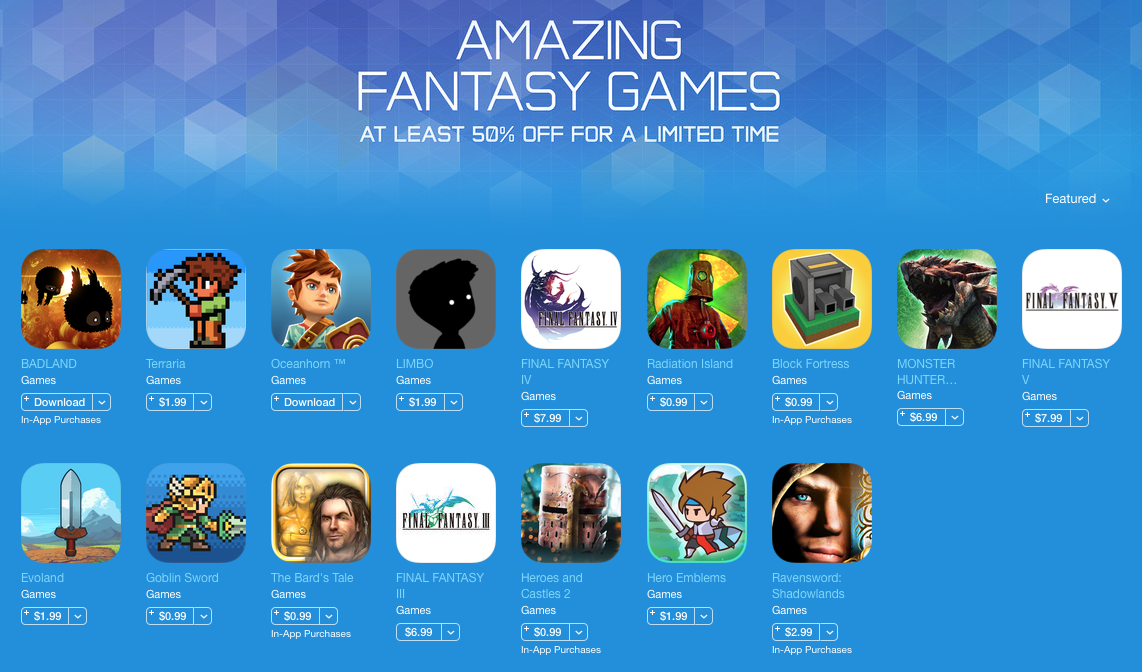 Gamers will be interested to know that a number of high profile iOS titles are currently on sale in the App Store. Apple is highlighting 16 games in a temporary ‘Amazing Fantasy Games’ section, which have all been discounted by at least 50% for a limited time.

The games include titles from the popular Final Fantasy franchise, the hit action-adventurer Oceanhorn, and the winner of multiple Apple design awards, BADLAND. There are also some lesser known titles, such as The Bard’s Tale, Hero Emblems and more.

If you’re on the fence about picking up a game or 2, keep in mind that sales don’t typically get much better than 50+ percent off, and we’re not likely to see this again any time soon. Apple doesn’t say how long the promo lasts, but it should go through next week.