Apple Music launches June 30 and while the company has said that unlimited streaming will set US-based music lovers back $9.99 per month, the iPhone maker has yet to reveal pricing for other markets in which the service will sell.

A recent sighting in the latest iOS 8.4 beta shared with iDownloadBlog indicates Apple Music will be priced the same dollar for dollar across Europe, with UK customers paying £9.99 per month and the rest of the continent €9.99 per month, or £14.99/€14.99 for family plans.

These prices have yet to be confirmed on Apple’s official website. It’s important to note that UK prices include tax while US ones don’t include sales tax, which varies by state. As a result, Brits will be paying a bit of a premium compared to US users.

Meanwhile, many independent labels in the UK may refuse to sign Apple Music contract, meaning the service could launch without such big-name artists as Adele and the Arctic Monkeys. 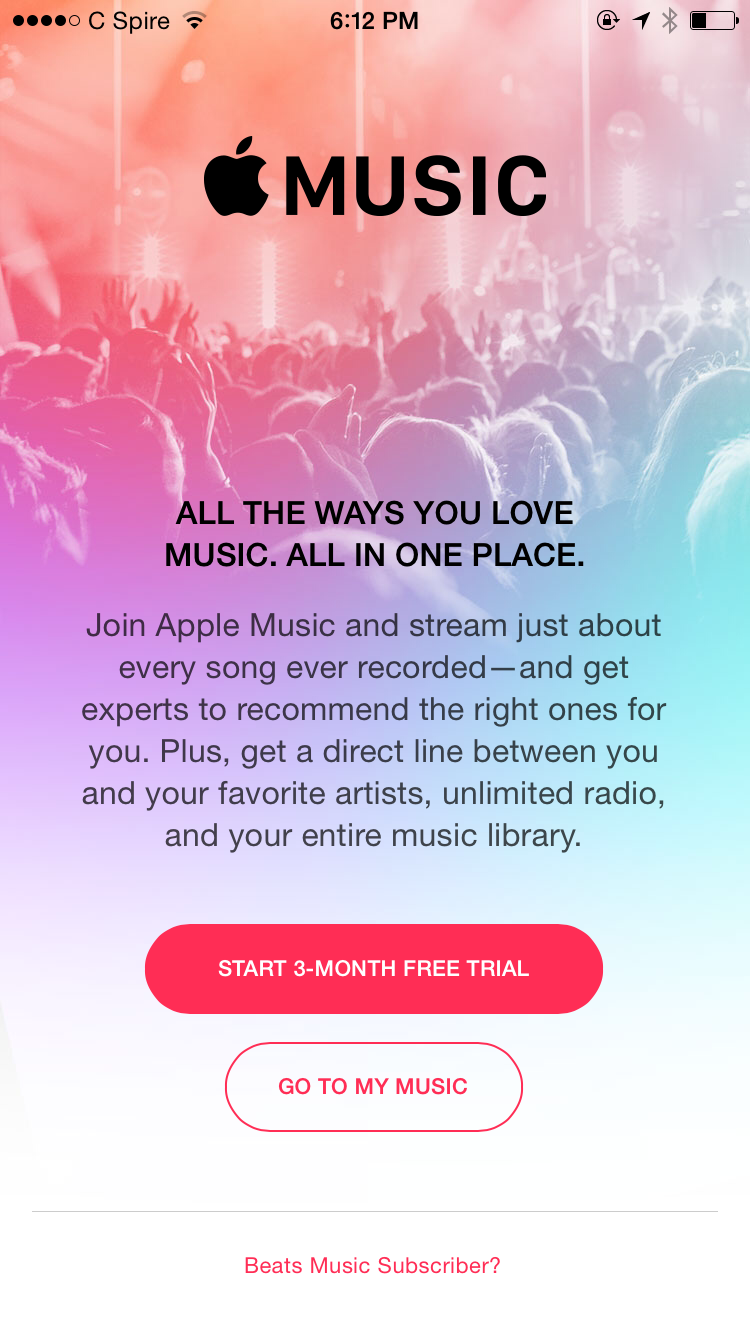 With less than two weeks until Apple Music launch, some folks with iOS 8.4 beta on their devices witnessed the stock Music app presenting them with an unfinished splash screen for Apple Music, like the one pictured above.

Here’s the screenshot from iOS 8.4 beta with price points for Apple Music in EU. 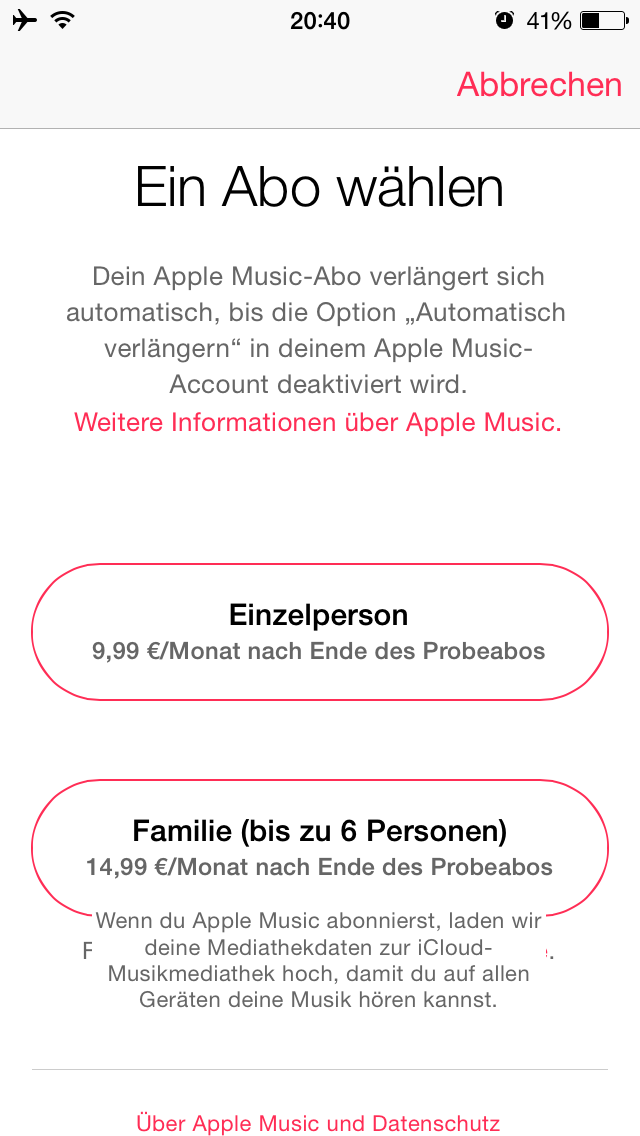 Another tipster was greeted by a message asking him to sign up for Apple Music after tapping the Play button in the Suggest section below the album. 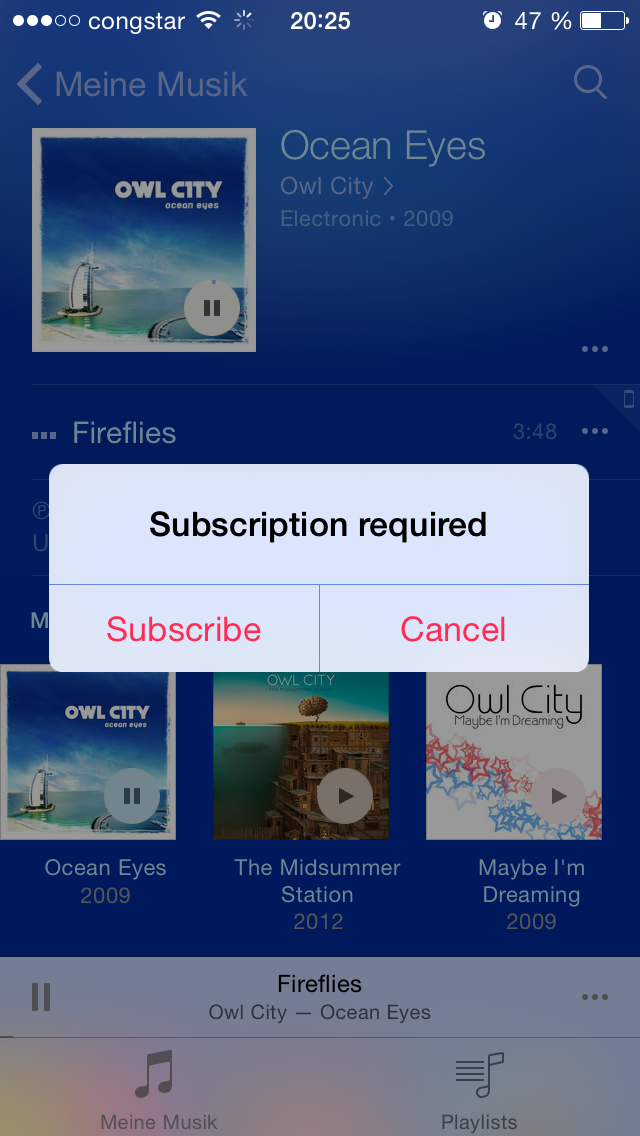 According to Rolling Stone yesterday, some industry executives won’t be signing the 250-page licensing contract for Apple Music, namely independent labels who criticize Apple over the lack of royalty during the free three-month trial period.

The Telegraph added today that some indie labels went as far as to accuse Apple of potentially forcing them out of business with Apple Music’s free trial. As a result, indies could withhold popular artists such as Adele.

“If you are running a small label on tight margins you literally can’t afford to do this free trial business,” according to Andy Heath, the chairman of UK Music, the industry lobby group. “Their plan is clearly to move people over from downloads, which is fine, but it will mean us losing those revenues for three months.”

In contrast, rights holder get paid to be on Spotify during its 1-month trial period though it should be said Apple Music will pay better than standard streaming royalties once its free trial is over.

To Heath’s knowledge, “no British independent labels have agreed to Apple’s terms.”

Apple has reportedly refused to negotiate on this key point, its SVP Eddy Cue telling the publication that Apple will go “after everybody around the world.”

“This is something we’ve done many times,” he told Rolling Stone. “Even in the original iTunes Music Store, we never did a deal with the indies — we actually launched with the [major] labels… We’ve got the next three weeks to complete this and get those done.”

Two days ago, Re/code discovered Apple will pay 71.5 percent revenue from the $9.99 per month subscription fee to rights holders in the United States, 1.5 percent above the industry standard rate for streaming services.

By comparison, Spotify pays royalty between $0.006 and $0.0084 per stream for the average song. Outside the US, the number will fluctuate, but will average around 73 percent, Apple has confirmed.

A Spotify spokesperson said the company pays royalties “on every single listen, including trial offers and our mobile free custom radio service, and that adds up to approximately 70 percent of our total revenues, as it always has.”

Apple Music will be available on the iPhone, iPad, iPod touch, Apple Watch, Mac and PC starting June 30 in over a hundred countries. Come this fall, the service will expand to the Apple TV set-top box and Android phones.

A 3-month free trial will be available, after which a $9.99 per month subscription fee will apply. There will also be a family plan providing service for up to six family members available for just $14.99 per month.