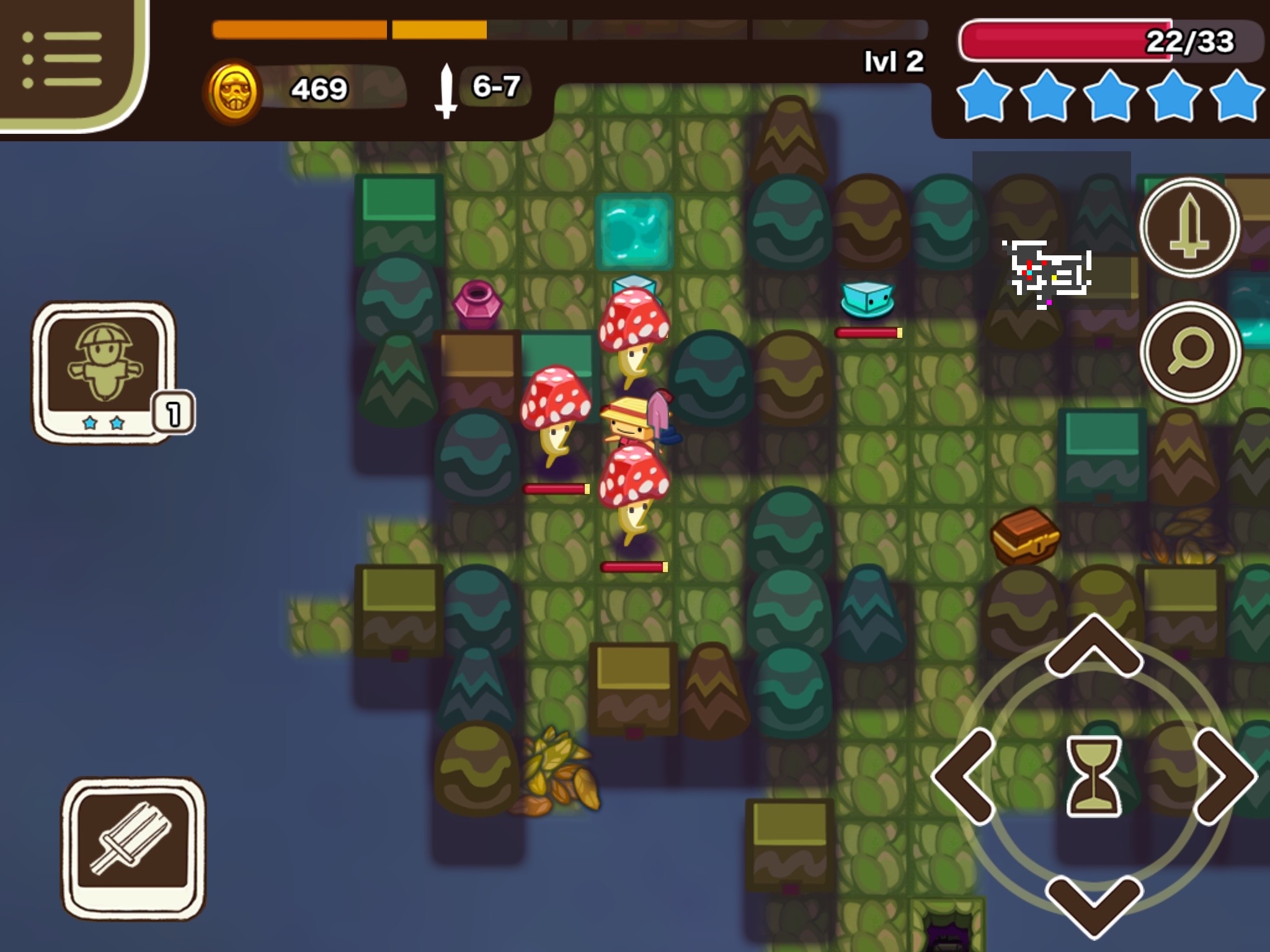 Some of my most beloved and hated games are rogeulike. I love the adventure of crawling through level after level of dungeons, looting gold and killing baddies. However, I hate permadeath.

Sproggiwood is a roguelike that will make you want to pull your hair out whenever you die, but is too dang cute to get mad at. We’ve got a game review of Sproggiwood for you today.

Like all good dungeon crawls, this game has players traveling to different lands, collecting gold and completing quests. In the land of Sprog, a young spirit is trying to tame the creatures of the forest, but they are a bit unruly. In a poorly hatched scheme, Sproggi kidnaps you and forces you to do his bidding. Later, he admits that his heart is in the right place and he just wants peace in his realm. But, you still have to complete his quests.

The game has two main sections. In one, you tend a budding town that you fill with new characters. This is where you learn about the lore of Sproggiwood and find out what your new friends have to say. You can also buy equipment, weapons, and armor, see what items you already own, check your quest log, and even decorate your small patch of land.

In the other section, players infiltrate the lair of some riffraff of the woods in an attempt to convince them to change their chaotic ways. Move from room to room, cracking vases and opening chests. Watch out for the gelatinous cubes. Each one has a different effect when you kill it. Until you learn the best ways to avoid their last-gasp attack, you will find yourself dying more than surviving. 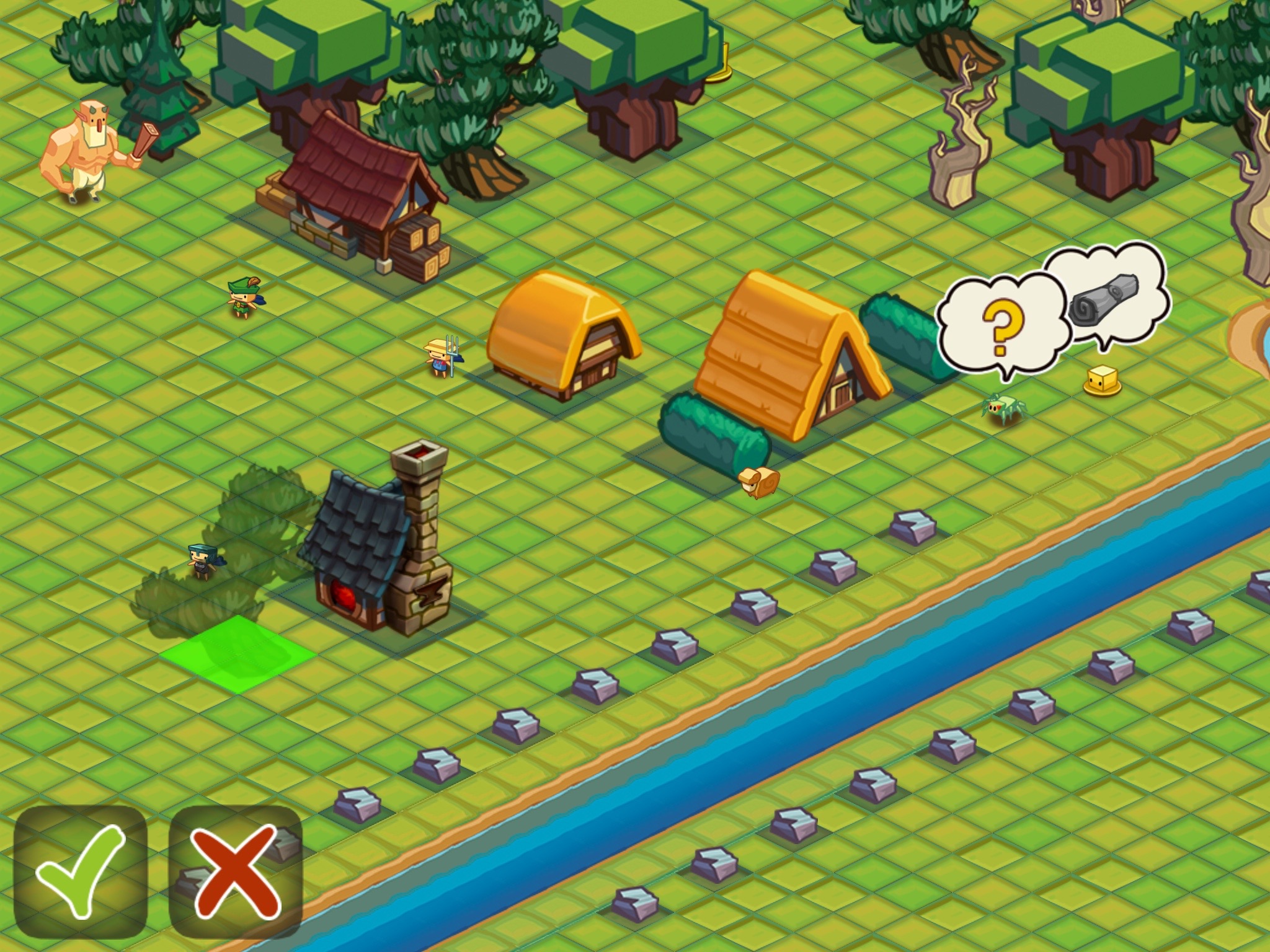 Players must travel through 10 different lairs throughout the realm of Sprog. In each realm, you must find its boss and deliver a message from the spirit. You will start off with a humble farmer, but each time you complete a quest, you will unlock a new character, including an archer, warrior, thief, wizard and more.

As you travel through the lair, you will loot weapons, armor, and spells that will aid you in your quest. For example, the Vampiric Pitchfork will regenerate one health point every a bad guy is killed.

Typical of roguelikes, when you die, you lose everything and must start at the beginning. Unlike roguelikes, you can buy armor, weapons, and spells that you unlock. So, that same Vampiric Pitchfork that you found in one lair will be available as your starting weapon the next time you enter a lair with no additional penalty.

In each new lair, different enemies are introduced. There are goatmen, frogs, and gelatinous cubes. The cubes can be your worst enemy. Their death attack is sometimes more harmful than their living attack. One type will freeze you when you walk across its remains. Another will explode in a firer mess one round after it’s death, burning anything in its path.

Whenever you complete a quest, you will unlock a new character to play. You earn big money by replaying lairs with the different characters. So, don’t forget to go back and replay earlier levels whenever a new fighter appears. 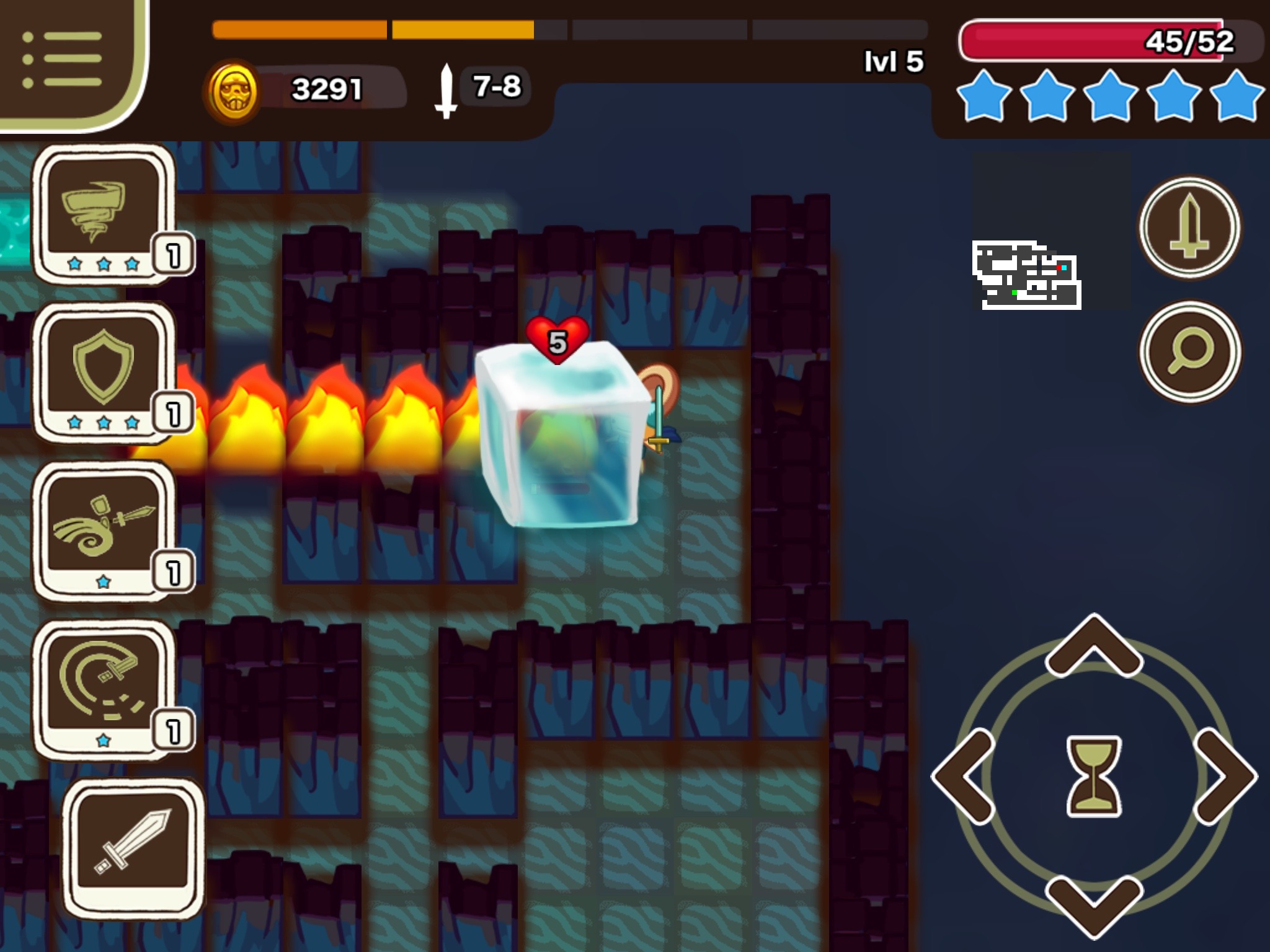 I had a blast playing this fun little game. It has all of the great elements of a good, old-fashion dungeon crawl, and even though you experience permadeath, you can still buy items and bring them into a lair with you at the beginning of a quest.

If you find the game to be too easy or too challenging, you can adjust the difficulty in the setting section to fit your skill level.

The price is a bit steep.

Sproggiwood costs $9.99. The good news is that the game is completely free of advertisements or in-app purchases. It really is a game worthy of its price tag. However, it is difficult for the mobile gaming community to justify such a hefty cost. The replay value is extremely high. You can replay each lair with a new character. Levels are randomly generated so they are always different. If you find it to be too easy, you can up the difficulty level and play again.

As hard as it is to convince someone that a mobile game is worth $10, this one is. If you like dungeon crawl games with a permadeath aspect, you’ll see how much fun this is. Because you unlock new characters, each with new weapons and armor, you can replay the entire game over and over again. I highly recommend this game to fans of the genre. Download it in the App Store today.

What do you think of this game? Let us know in the comments below.