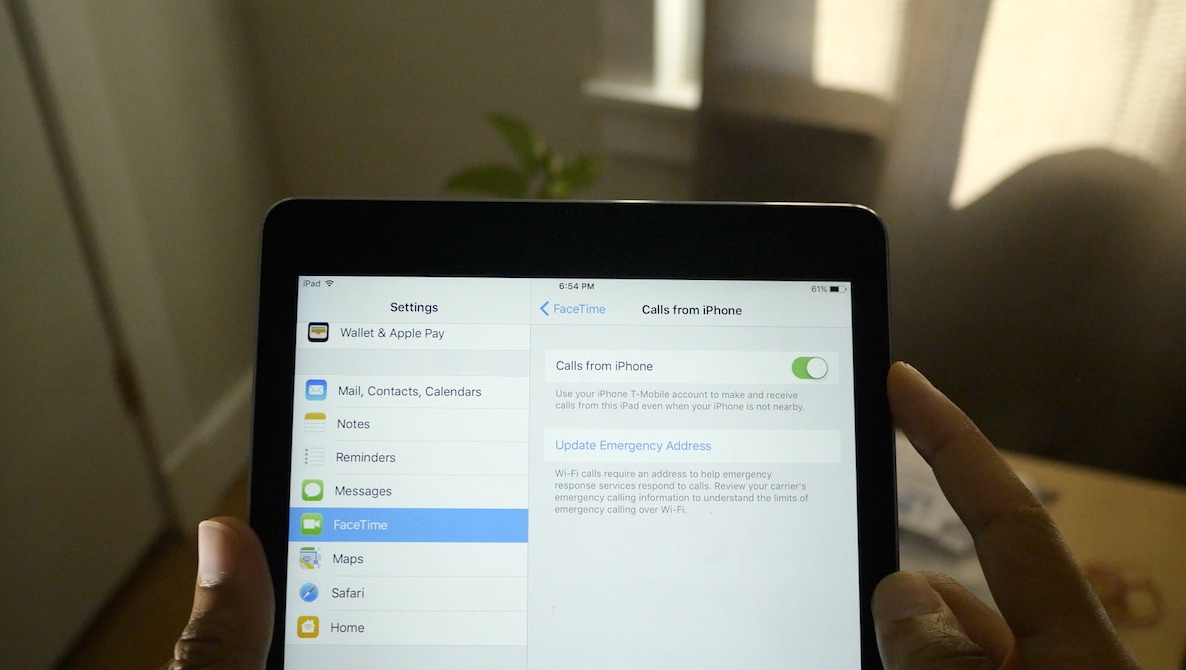 Cellular Continuity allows you to use the Continuity features that debuted with iOS 8, features such as the ability to answer phone calls destined for your iPhone on Macs and iPads, without needing the involved devices to be connected to the same Wi-Fi network.

That means that you’ll be able to leave your iPhone at home, and still receive phone calls on your iPad or other valid device while away from home and connected to the Internet via cellular or Wi-Fi.

But it goes deeper than that. After testing out this new feature on the iOS 9 beta, the Continuity features appear to be truly bound at the cellular network level. In fact, I could receive phone calls on my iPad while my iPhone was completely turned off. Watch our video demonstration for more insight.

The cellular Continuity can be enabled on iPhones running the iOS 9 beta. You’ll need to be signed in to the same iCloud account on all devices that you wish to use with Continuity.

How to enable Cellular Continuity on iOS 9 beta on your primary iPhone:

Step 3: Tap Calls on Other Devices

Step 4: Enable the Allow Calls on Other Devices switch

Enable cellular Continuity on iPad for phone calls (running iOS 9 and signed in to the same iCloud account). The same principal applies to other devices like El Capitan enabled Macs.

Step 7: Enter the code provided on your iPhone to activate Wi-Fi calling on iPad and tap Allow

Step 8: Wait for Wi-Fi Calls to activate on the iPad

As you can see, with cellular Continuity enabled, you can use your iPhone carrier account to make and receive calls from a device logged in to the same iCloud account, even when you phone is not nearby, or even when it’s completely off. Again, this proves that there is a binding at the carrier level, which allows T-Mobile to forward calls to valid iCloud-enabled devices like iPads and Macs running the iOS 9 beta.

This is truly fascinating, and goes a long way towards untethering you from you iPhone. It means that you can take your iPad to your favorite coffee shop, and not have to worry about missing any calls while you’re there. A cellular connected iPad would be even more powerful in this regard, because it’s always online and available to make and take phone calls. It could, in theory, be used as a full time phone to make and receive calls.

What’s even more fascinating is the potential that this could have with Apple Watch. It stands to reason that such a feature would allow you to make and receive phone calls on your Apple Watch as long as you were connected to a known Wi-Fi connection. Obviously this isn’t as desirable as having true cellular capabilities on Apple Watch, but it would be a step in the right direction.

What do you think about cellular Continuity? Are you excited to see such a feature come to iOS 9?