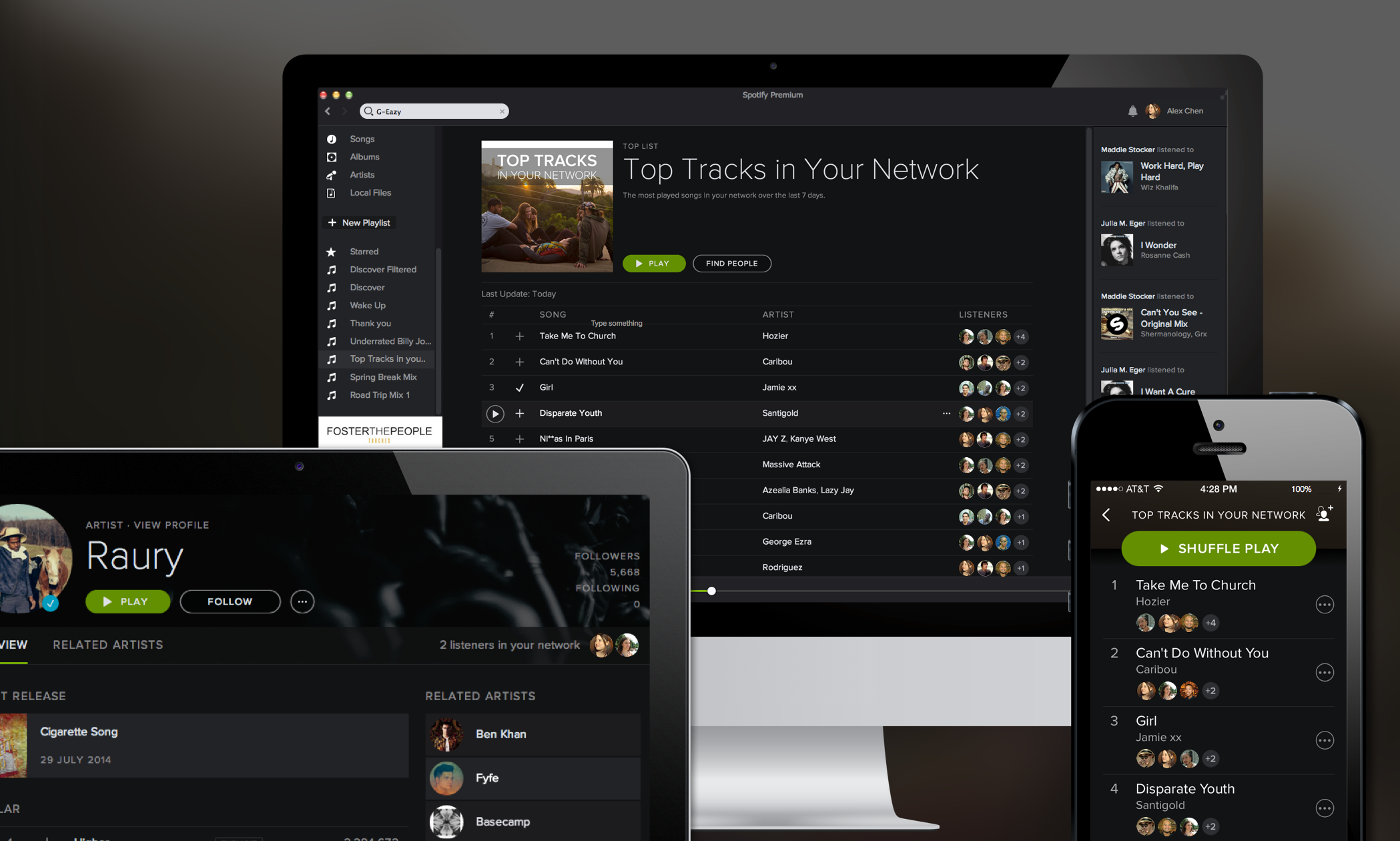 Spotify has a lot to lose should Apple Music catch on with music lovers. Following Monday’s WWDC 2015 keynote which saw, amongst other things, the announcement of Apple’s ten bucks per month on-demand music subscription service, Spotify has felt compelled to share the latest stats to reinforce its position as the world’s leading streaming music provider.

As of May of this year, the Swedish startup had more than 75 million active users, of which more than 20 million are on one Spotify’s paid Premium tiers. 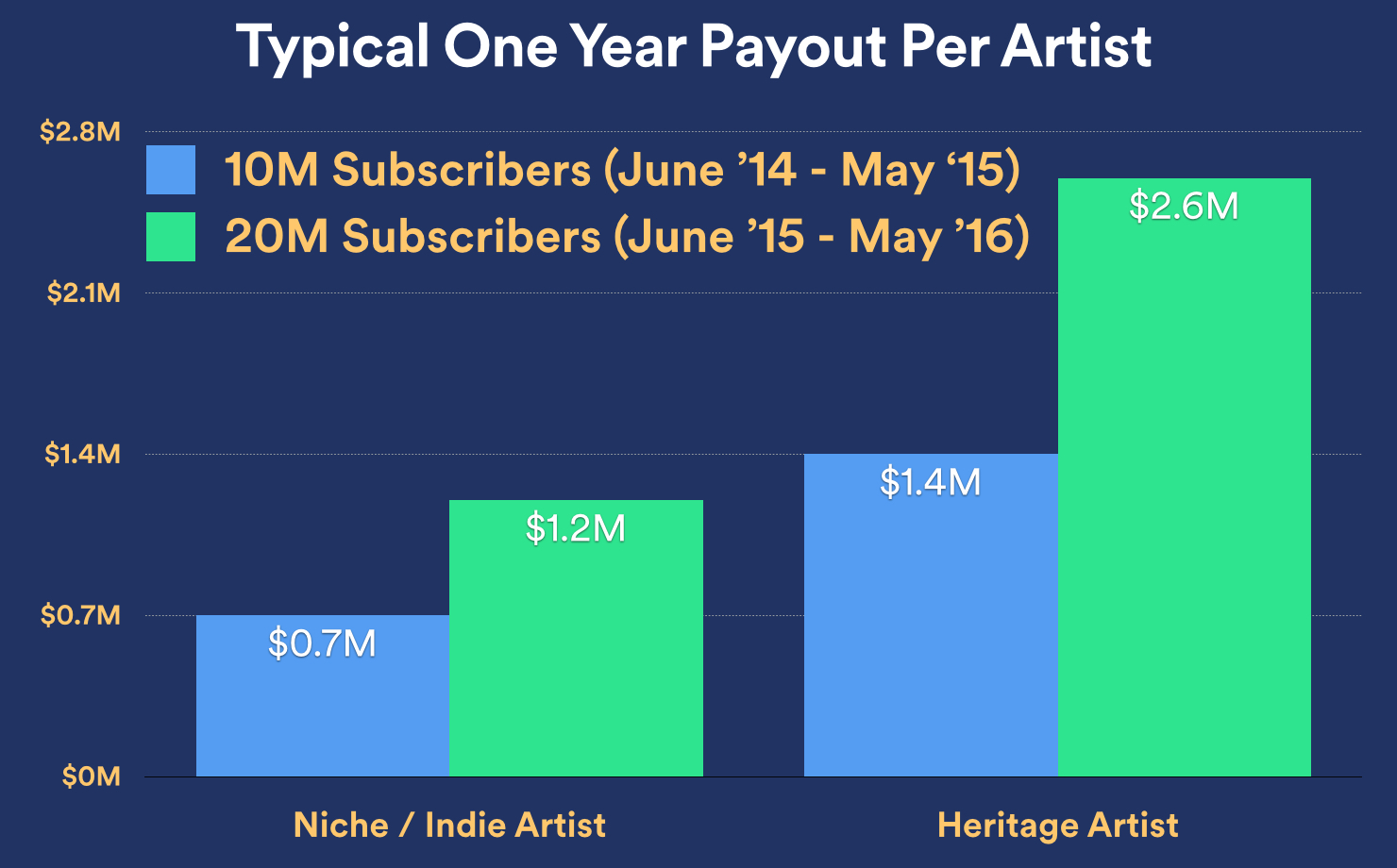 Since its inception, the service has paid more than $3 billion to artists, songwriters and rights holders in royalties, including more than $300 million in the first three months of 2015 alone. 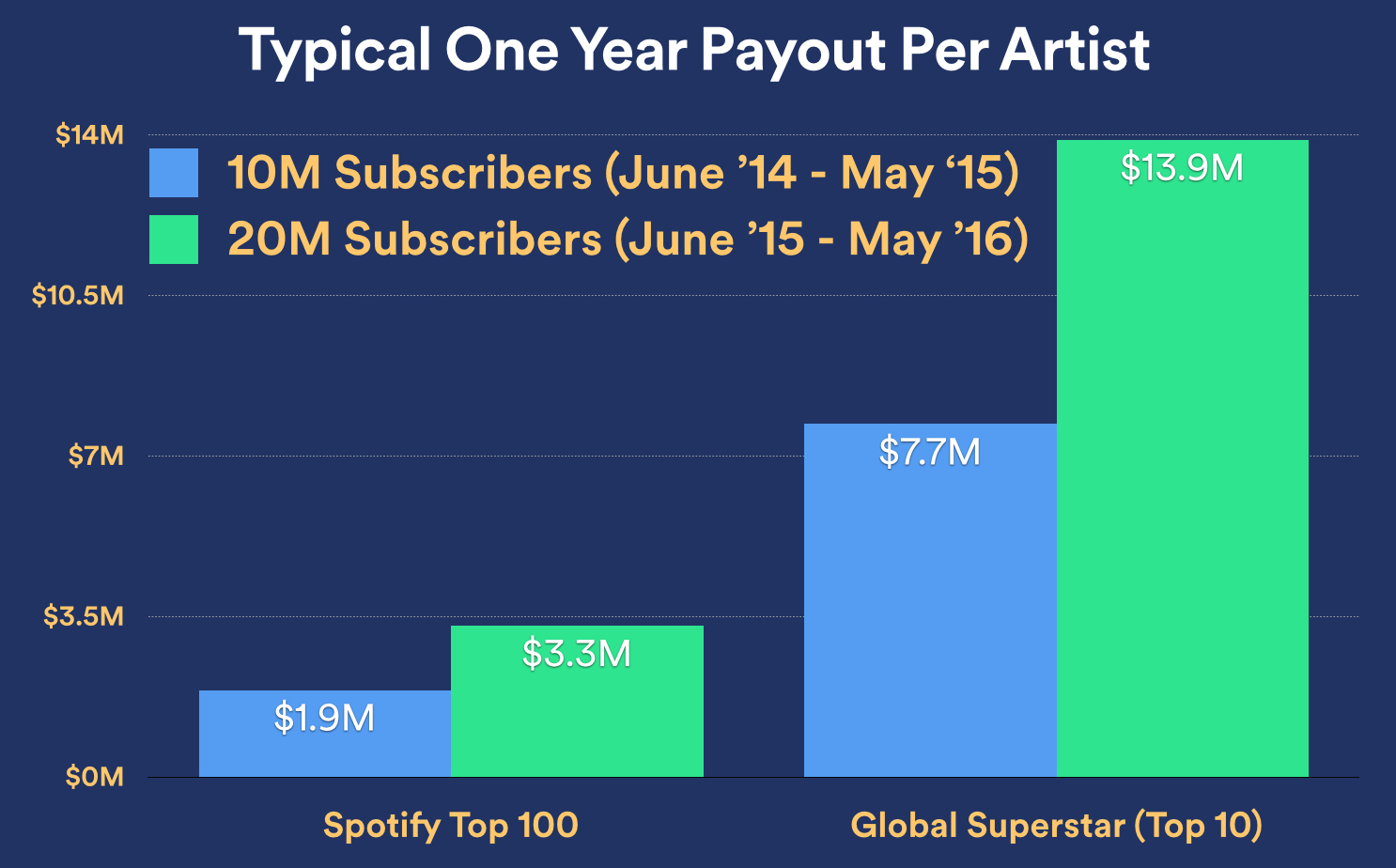 The company even went about creating a little promotional video to set the record straight about the pros and cons of free music in an obvious dig at Apple.

According to The Wall Street Journal today, Spotify has just raised $526 million in a new funding round that values the company at a cool $8.53 billion, more than double Pandora which has a current market capitalization of about $3.5 billion.

Both companies operate at a loss, as they share a large portion of revenue with music label partners. Spotify is nine years old and has raised a total of more than $1 billion thus far. 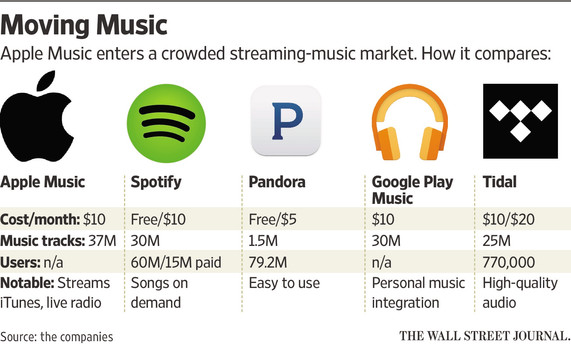 Apple, as you know, this Monday unveiled its $10 per month on-demand music subscription.

The iPhone maker has confirmed that Beats Music will eventually close down. According to sources who spoke with The Associated Press, Apple has an ambitious goal to sign up a hundred million users.

Should it succeed, Apple Music will have an annualized revenue of about $12 billion. The service goes live June 30 on iOS 8.4 and iTunes.