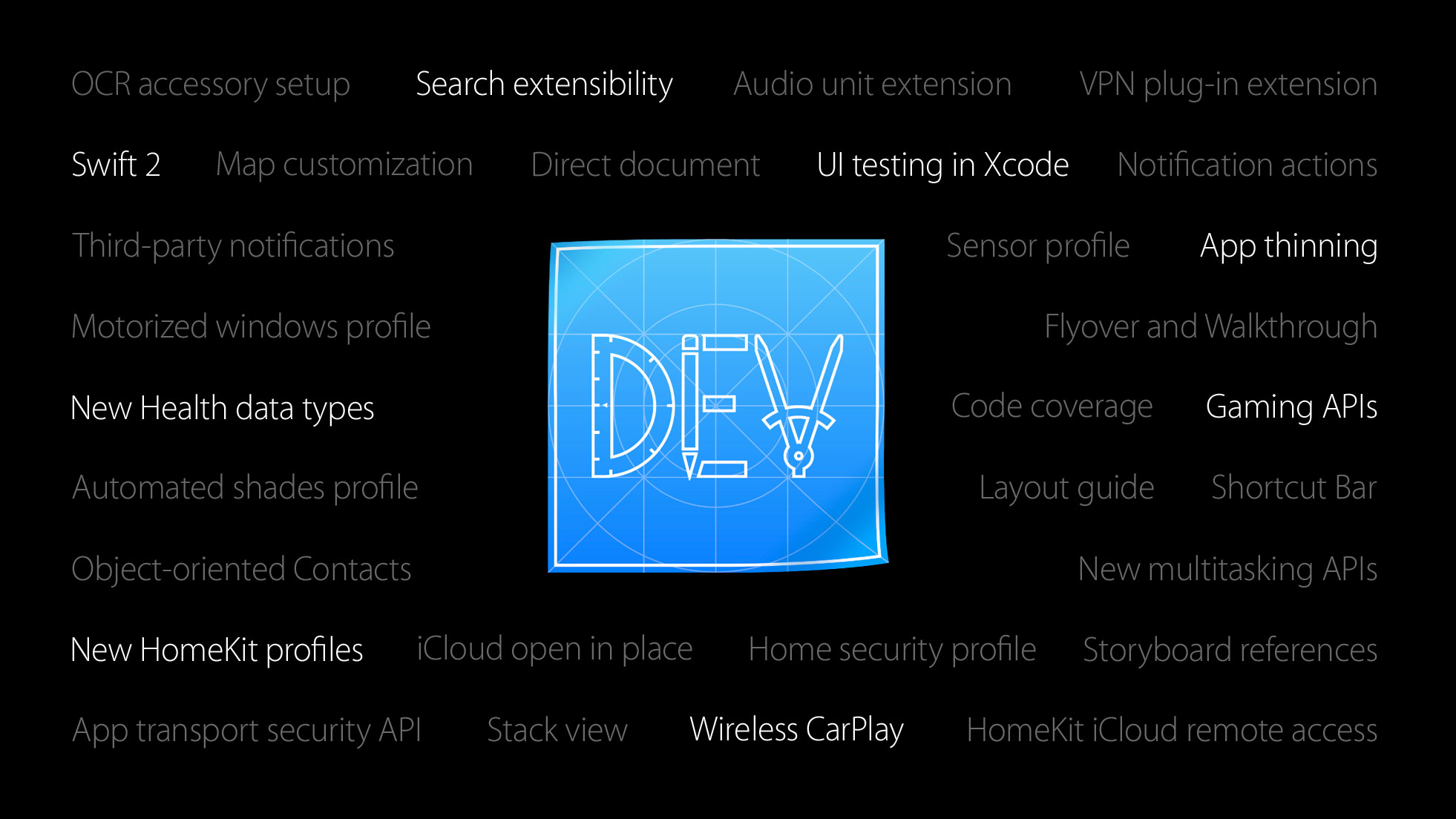 During Apple’s WWDC keynote this morning, it offered up a preview of iOS 9. It discussed a number of major new features in the upcoming OS update, including a smarter Siri, improved Maps and better battery life.

But as usual, there are a number of new features in iOS 9 that Apple didn’t really talk about today. The slide you see above gives you an idea of what some of those features might be.

Sure they briefly talked about some of these things on stage, such as Wireless CarPlay and Swift 2, but a lot of them went unmentioned. Most of these additions are aimed at developers, but they will still have an impact on users through third party apps and games.