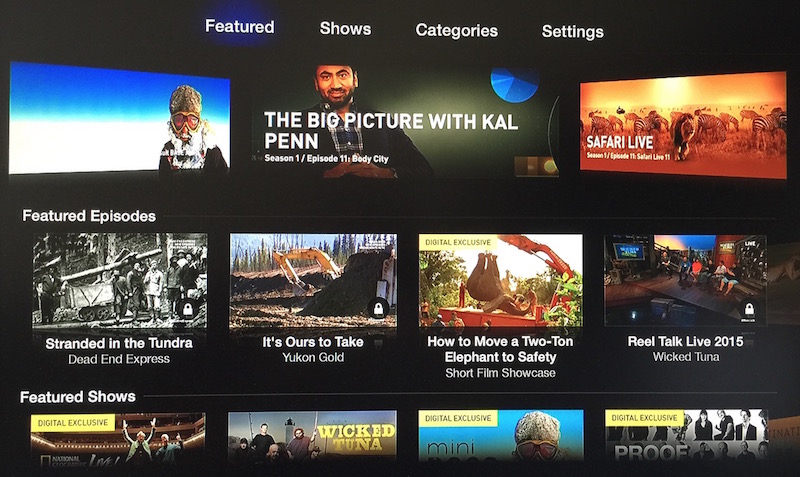 In addition to these shows, the new channel gives you on-demand access to past episodes of popular National Geographic shows. Some content is free, but on-demand streaming requires authentication with a cable TV provider.

Unless you’re logged-in, the channel will give you limited access to a limited selection of shows, digital shorts and exclusive clips. In addition, non-logged-in users can only stream a few episodes per show.

As can be seen top of post, the channel’s main navigation includes sections such as Featured, Shows, Categories and Settings. Inside the Categories section you’ll find National Geographic and Nat Geo Wild shows under sub-sections such as Adventure, Animals, History, People, Science, Technology, Travel and more.

National Geographic also provides a mobile application for  the iPhone, iPod touch and iPad with iOS 7.0 or later that puts the aforesaid features and content on your favorite iOS device.

Speaking of Apple TV, the device’s Home screen was refreshed last night with an overhauled Apple Events icon for watching a live-stream of next Monday’s WWDC keynote.