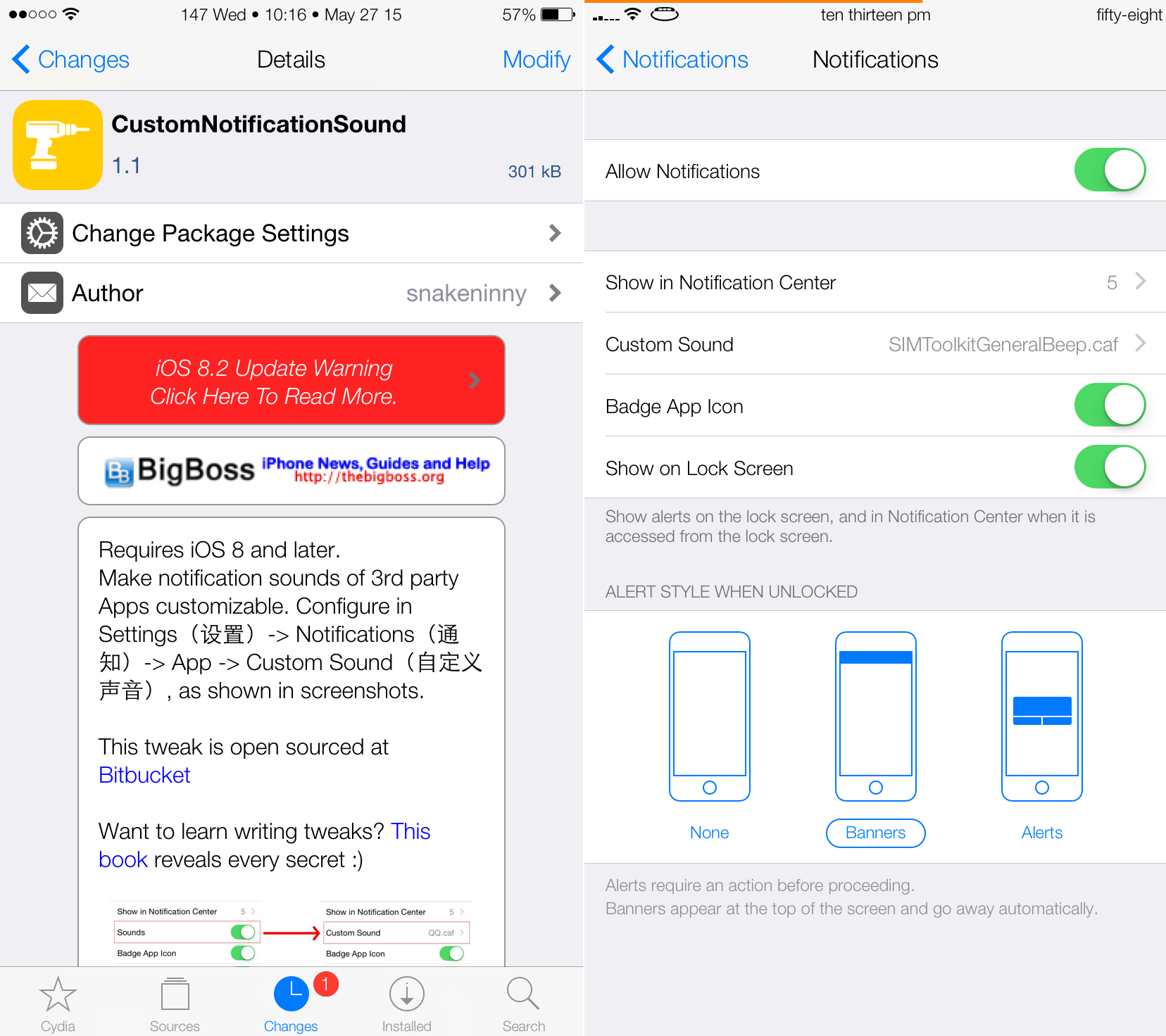 iOS isn’t known for its ability to be customized, so it’s no surprise that you can’t change the sound for third-party notifications without a jailbreak tweak. CustomNotificationSound by snakeninny, the developer who brought us LowPowerBanner, does exactly that.

It’s built right into the settings pane for each app in Settings > Notifications > App. Right under ‘Show in Notification Center’ it adds a ‘Custom Sound’ field that has just about every sound your device can make.

It even has sounds like the busy signal when you’re calling someone who’s on the other line. If these aren’t enough for you then you can add your own sound in /System/Library/Audio/UISounds and they’ll show up in the top section where he gives you a few random examples.

The files need to be less than 30 seconds long and it supports car, aif, m4a, mp3, and wav formats. The level of customization is only limited by the users imagination. 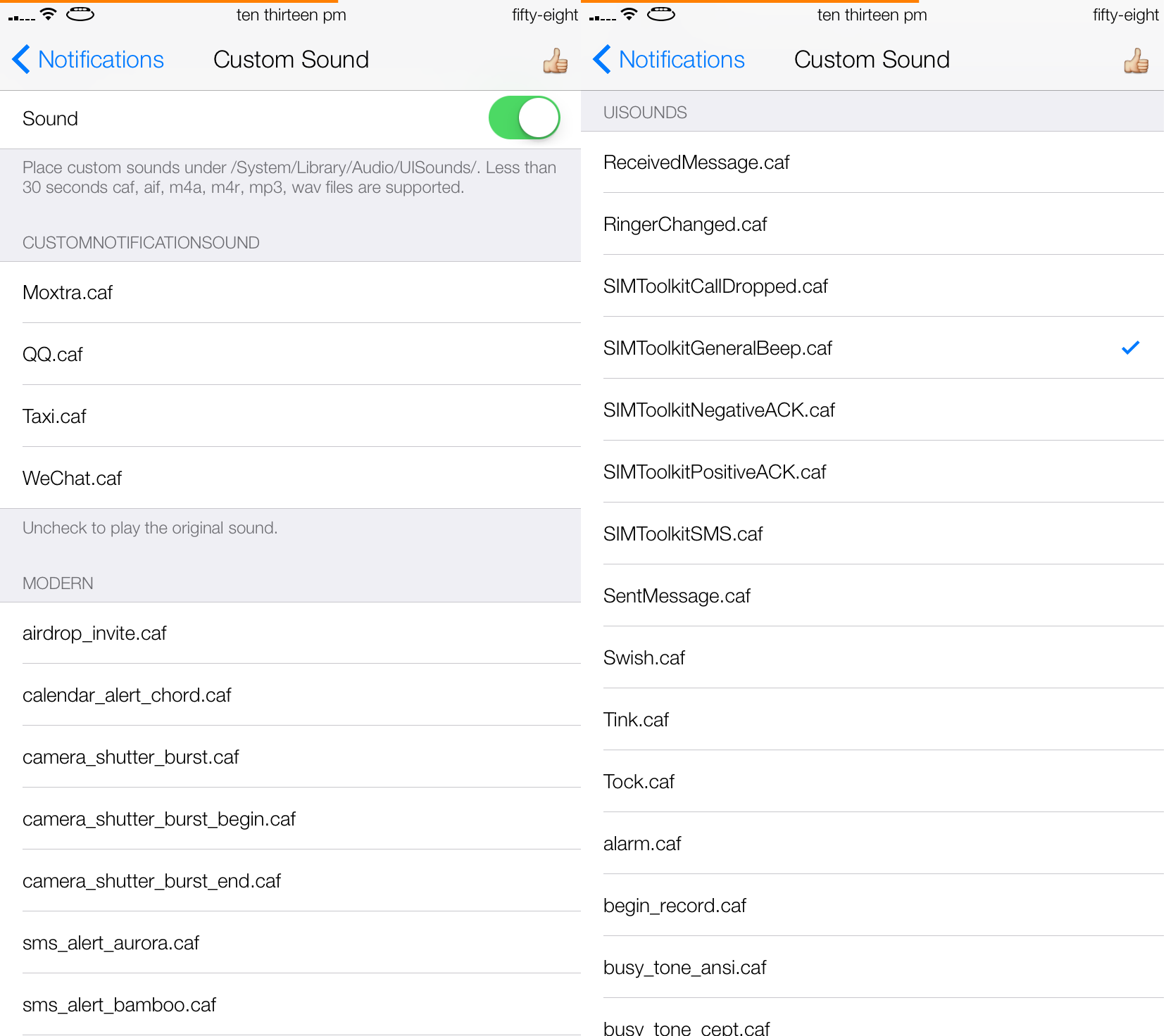 When you drill down into the settings pane where all the sounds are located, it’s easy to get lost with so many things to choose from. You can literally set your Tweetbot sound to the keyboard click which happens to be tock.caf. I don’t know who would want to do this but the point is that you can. Jailbreaking is all about options right?

At the end of the day, this tweak is by no means groundbreaking, nor will it change anyone’s life. It does fix one of iOS’s small annoyances for us power users though. I personally find it really nice to have control over my entire device. I’d argue that it’s the main reason why I jailbreak and remain jailbroken while struggling through buggy Springboard crashes and random resprings for unknown reasons.

I tested this on my iPhone 6 running 8.1.2 with a decent amount of tweaks installed, and encountered no problems at all.

If you’re the type of person who likes to customize the devices you own to your liking, this is a great small tweak for you. Best of all, it’s free in the BigBoss repo, so what do you have to lose?

Are you going to customize your third party app notifications? If yes, how so?