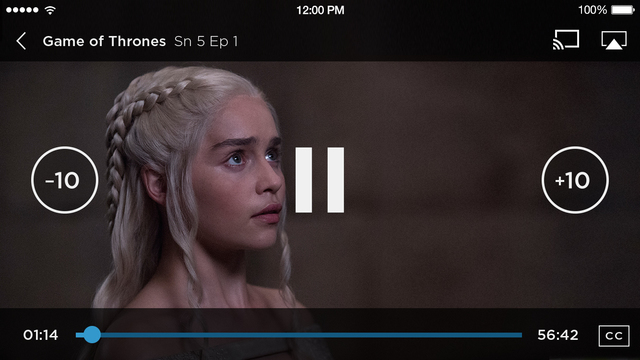 I’m an avid fan of the HBO GO service, one annoyed that their iOS application wouldn’t support HDMI output. As someone who travels fairly often but doesn’t carry an Apple TV wherever I go, it’s depressing not being able to send the latest episode of Game of Thrones from my iPhone to a TV set in a hotel room using an HDMI adapter.

But if you own a Lightning to HDMI adapter and are an HBO GO subscriber, you can now hook up your iPhone or iPad to a TV set and enjoy lag-free video playback through HDMI output.

In addition to HDMI output, HBO GO 3.0.1 for iOS resolves issues associated with video playback through Bluetooth audio and contains other bug fixes and performance improvements.

Earlier this month, HBO GO for iOS was revamped to match the new design of the HBO NOW app for the iPhone and iPad, resulting in consistency across HBO apps and platforms.