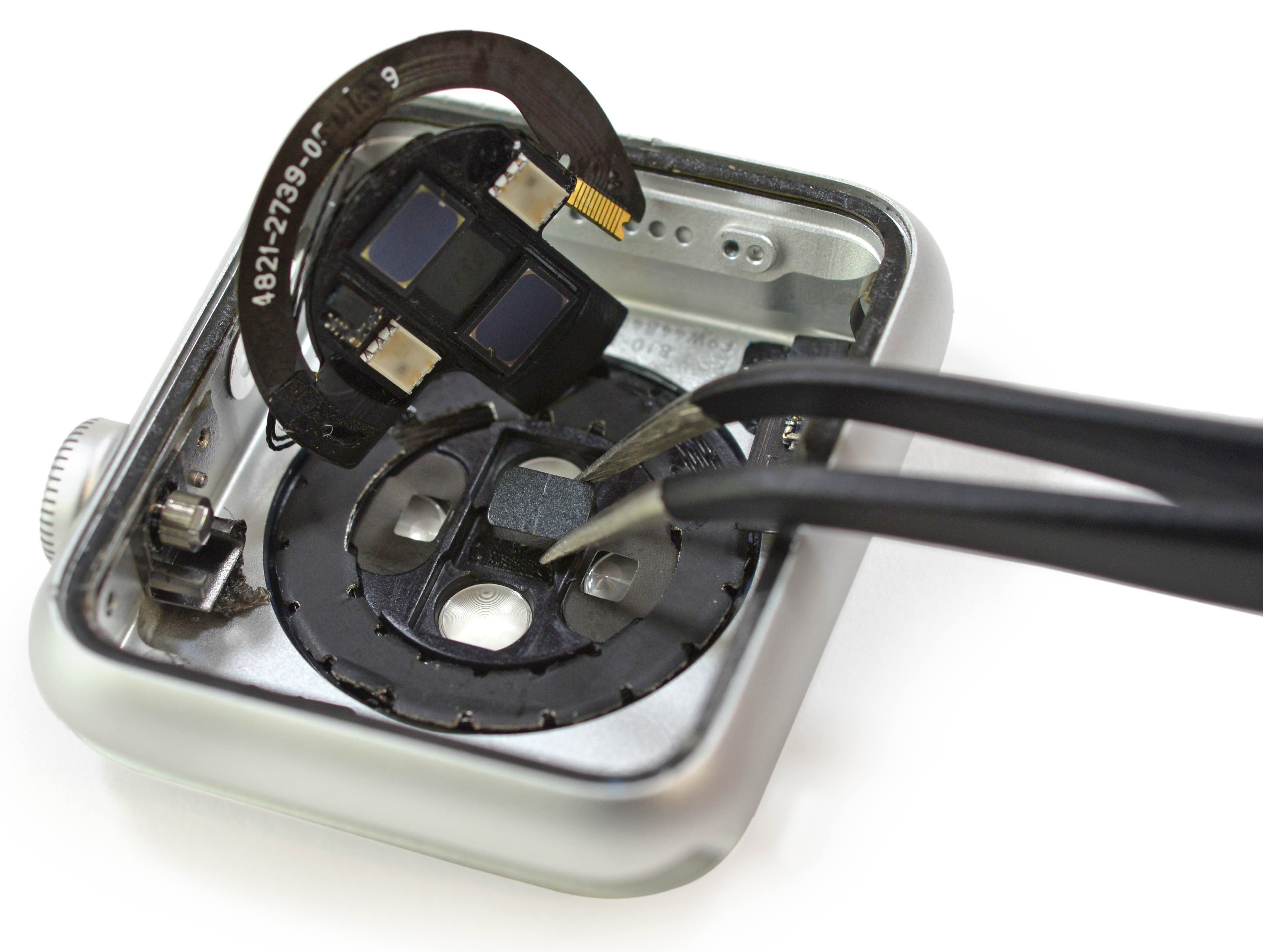 Currently, your Apple Watch learns about calories you burn by applying some math magic to your heart rate readings and values obtained from its sensors.

The method provides reasonably accurate estimates of resting/active calories. However, even more precise calorie-burning readings could come soon if Apple decides to enable the hardware feature which can reportedly measure oxygen levels in your blood.

As an iFixit teardown has identified, the Apple Watch heart rate sensor has onboard hardware for detecting blood oxygen saturation.

“Apple’s heart rate monitor is actually a plethysmograph—it looks and acts like a pulse oximeter, but Apple isn’t claiming it can measure your blood oxygen level,” noted iFixit.

But the again, surely the California firm would have bragged about the fact in marketing materials, on its website, in the Apple Watch User Guide and throughout other places.

A little backgrounder on pulse oximetry for those not in the know. 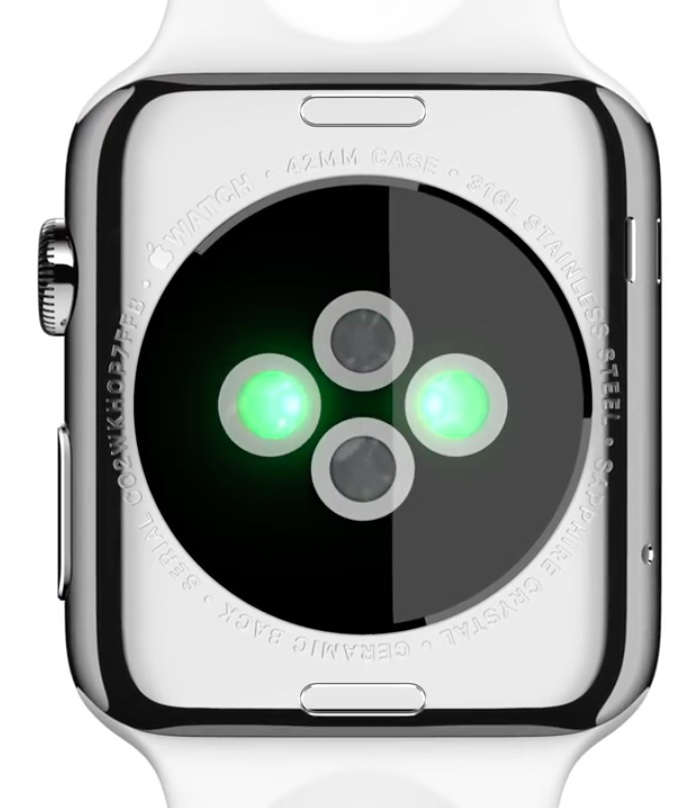 Pulse oximetry is basically a non-invasive method of accurately measuring one’s pulse by monitoring oxygen saturation in the blood stream.

Ahead of the official Apple Watch introduction last fall, some Chinese media curiously claimed the wearable device would include optical sensors to measure both heart rate and oxygen levels in blood.

Then there is the case of Michael O’Reilly, M.D., who left his position in July 2013 to take on a role at Apple. He was formerly the Chief Medical Officer and EVP of Medical Affairs at Masimo Corporation, helping the company develop several pulse oximetry devices, including the iSpO2 Pulse Oximeter which connects to the iPhone.

If enabled via a software update—I’m guessing Apple is awaiting an FDA approval for this—your Apple Watch could monitor the oxygen content of your blood by measuring how much infrared light is absorbed. 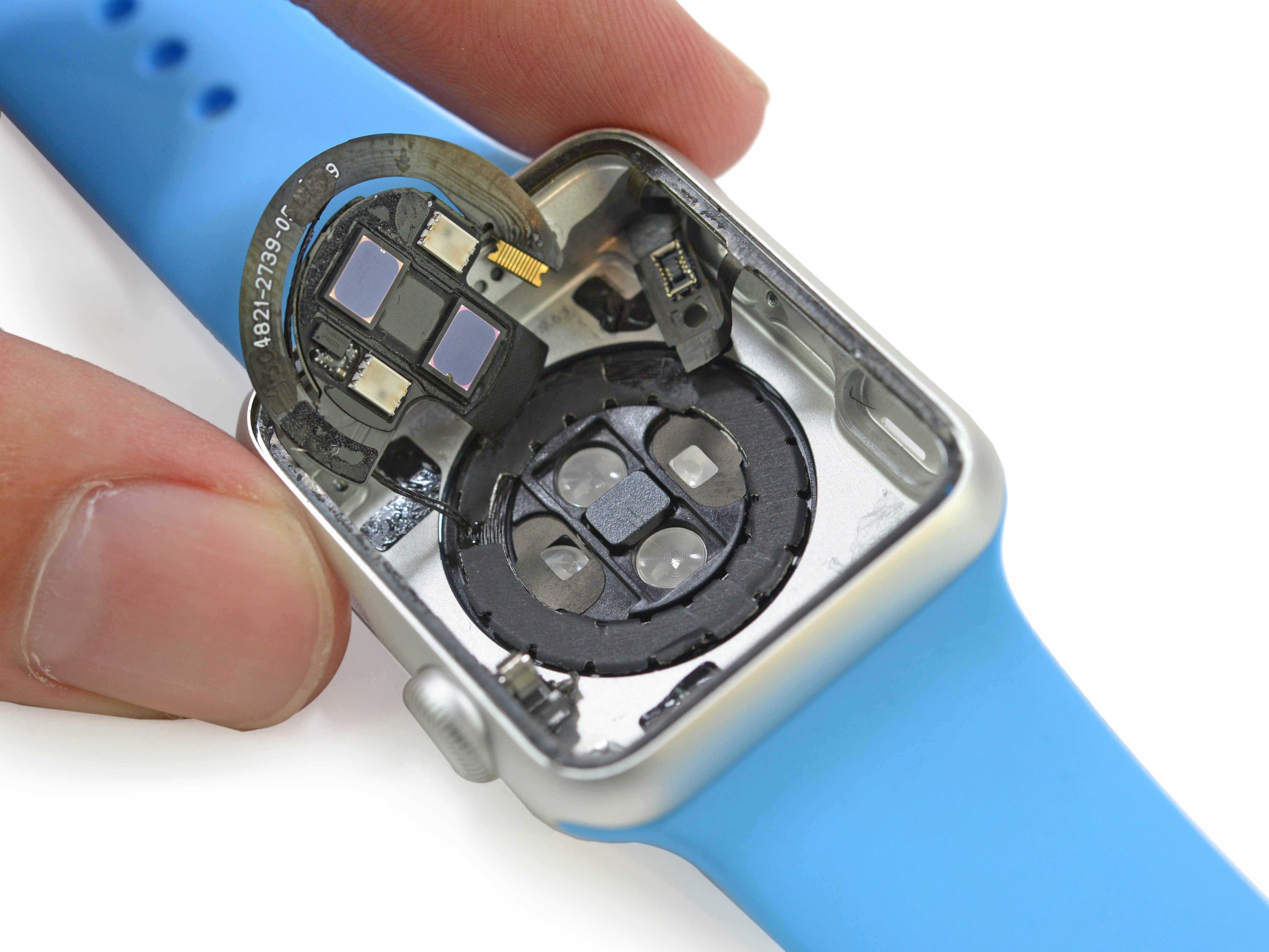 A biomolecular engineer and sensor design expert explained on Reddit how the Apple Watch already provides a reasonable estimation of your resting and active calories:

The sensor detects a blood oxygen concentration, and can reasonably approximate the volume because it can be guessed from the amount of flow through the slice of your wrist that the sensor “sees” and the lag time between when you start to lose blood oxygen and the time your heart rate starts to increase.

As mentioned before, pulse oximetry monitors the perfusion of blood to the dermis. Skin perfusion, a measure of how much blood flows through your skin, varies significantly from one person to another and can also be impacted by the environment.

That being said, the amount of oxygen in a person’s blood—coupled with the heart rate and the time interval—directly relates to how many calories are burned.

Enabling the supposed pulse oximeter through software would give the current-generation Apple Watch an additional data point. In turn, this should improve the accuracy of heart rate monitoring and provide more accurate estimates of the calories burned as well as a number of other key fitness and health metrics.