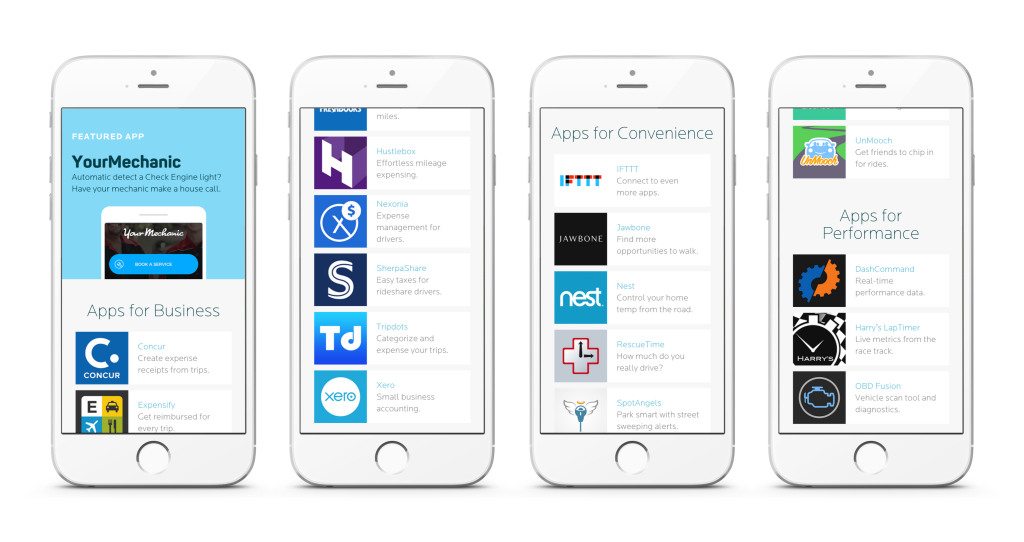 More specifically, the new adapter supports dual Bluetooth data streams: one to the Automatic mobile app and one to a third-party app. This allows both apps to receive data from the adapter simultaneously over an encrypted Bluetooth connection. It also features built-in GPS, and MFi certification.

The real story, though, is the new developer SDK. Automatic has partnered with more than 20 third-party app developers for the launch of its “App Gallery,” including Concur and Unmooch. These apps can pull real-time data from Automatic, making it easier to do things like expense trips and split gas tabs.

For those unfamiliar with Automatic, it’s a small device that you plug into a (post-1996) vehicle’s port below the steering wheel. Once set up, it can integrate with automation service IFTTT, monitor your driving—warn you of speeding, breaking too harshly, etc.—and even alert authorities in the event of a crash.

Automatic says most of the apps will work with the previous generation adapter, but some do require the new one, which goes on sale today for $99.