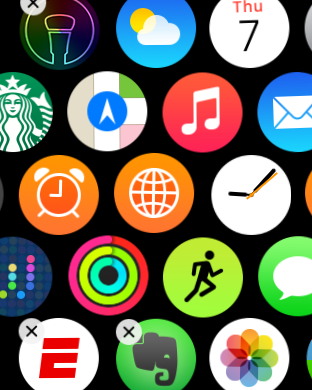 The Apple Watch features a Home screen that significantly differs from the Home screen on your iPhone or iPad. The icon layout is a big departure from what we’ve seen on Apple devices over the last few years, and while some may like it, others may think it looks a bit messy.

Instead of a rectangular or square icon layout, Apple Watch has adopted a rounded Carousel layout. Thankfully, apps can be rearranged to a pattern of your liking, and many people have come up with some pretty original patterns in their pursuit of an icon layout that suits them.

Unsurprisingly, there are actually two ways to rearrange the apps on your Apple Watch. We’ll show you how in this post.

How to rearrange apps on your Apple Watch

Step 1: Press the Digital Crown until you see the Home screen

Step 2: Tap and hold a single app until all of the apps become the same in size and begin to wiggle

Step 3: Tap and drag each app icon that you wish to move

Step 4: Once you are finished rearranging your apps, press the Digital Crown again to set the layout

How to rearrange apps on Apple Watch from your iPhone 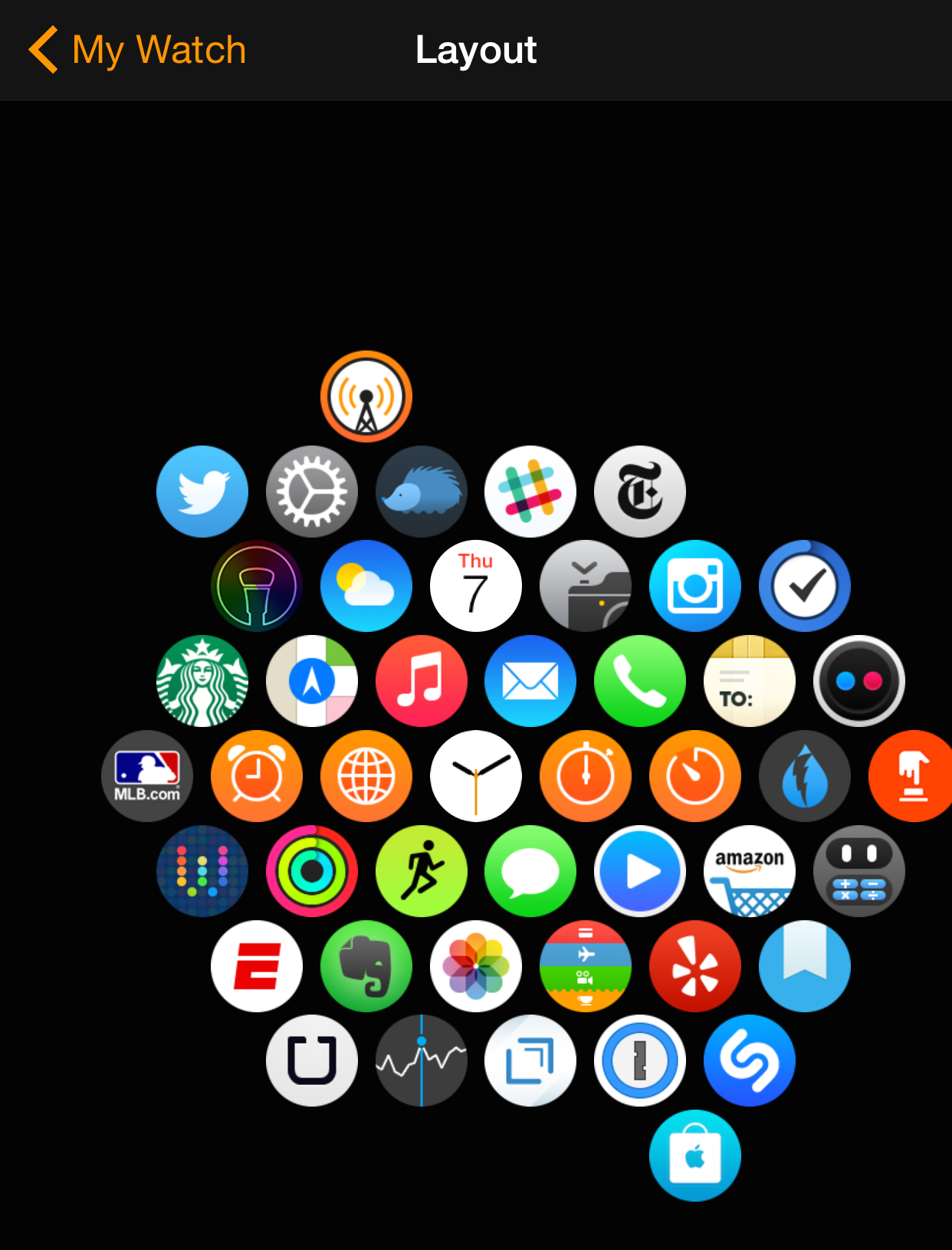 Step 1: Open the Apple Watch app on your iPhone

Step 4: On the Layout screen, tap, hold, and drag the apps that you wish to move

There is no “wiggle-mode” involved when rearranging apps from the Apple Watch app on iPhone. Once you are finished, tap the My Watch button in the upper left-hand corner.

How do you have your layout configured on Apple Watch? Have you come up with an optimized app layout solution that works for you? Sound off down below in comments with your insight. Also, be sure to take a look at our full Apple Watch guide for more tutorials like this one.