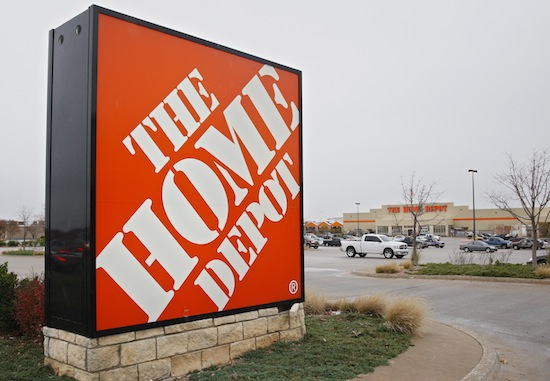 Contrary to earlier reports today, Home Depot isn’t disabling Apple Pay, it’s instead rolling it out to all of its 2,000+ brick and mortar retail stores. As Bloomberg reports, this will make Home Depot the biggest retailer accepting Apple Pay to date.

This is huge news, and certainly a major turnaround from the reports that said otherwise early this morning. Home Depot, which has been subject to massive data breaches in the past, is clearly putting its chips in with Apple Pay, which is known for its ease of use and its security.

Hot on the heels of Best Buy’s recent announcement, and apparent defection from rival digital payment strategy, MCX, it’s been a huge couple of weeks for Apple Pay. What makes this announcement so significant is the presence and validity that this will lend Apple Pay as a payment option. Home Depot is an absolute monster in retail, and this puts Apple’s digital payment option in front of millions of eyes.

Home Depot currently has a deal with PayPal for digital purchases, and this will no-doubt be seen as a blow to PayPal’s efforts to shore up its digital payment strategy in brick and mortar stores. Actually, Apple Pay has been usable in some Home Depot locations already, I’ve paid with Apple Pay in my local Home Depot, but the support was rare and unofficial.

Now, with an official rollout looming after an apparent software upgrade is completed to Home Depot’s systems, iPhone and Apple Watch owners will be able to pay for lumber, lightbulbs, mulch, lawnmowers, and the plethora of other things that Home Depot offers, all with their Apple devices.

Apple Pay is enjoying some big momentum right now, and I hope that this will encourage other retailers who might be on the fence to go ahead and take the plunge. Not only will this make their customers happy, but it could put a serious dent into the security breaches that we’ve seen at retailers over the past few years.

Although it’s possible that your local Home Depot may support it right now, official support doesn’t have a set time table. However, since Home Depot already has NFC-enabled terminals at its stores, it’s probably just a matter of testing and certifying the backend software changes needed to enable support company wide. In other words, I wouldn’t expect it to take that long.

What do you think about Home Depot’s decision to support Apple Pay? Do you plan on using it?