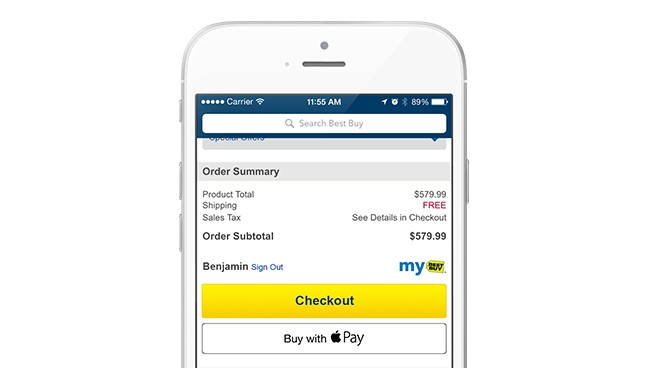 Best Buy announced today that it will begin supporting Apple Pay within its mobile app, effective immediately, and within its stores later this year. This is a major partnership for Apple, as it’s the first one with a member of MCX—the Walmart led consortium of retailers that are backing payment app ‘CurrentC.’

A Best Buy spokeswoman told Recode that “we remain invested in MCX,” but she would not comment on when CurrentC will be available to the public and if the electronics retailer would accept it at launch. “We are actively monitoring their pilots,” she said. “It’s too early to declare whether we will take it at launch.”

MCX first gained notoriety last fall when two of its members, CVS and Rite Aid, turned off Apple Pay support after briefly accepting the iPhone-based payment system. The group has been backing the development of an app called CurrentC, a more complex mobile payment solution that was hacked last October.

Best Buy closed out today’s press release by saying that Apple Pay is just the most recent move in a larger effort to implement new tools that will enhance its customers’ experience on mobile. In fact, the retailer will be opening a new “technology innovation office” in Seattle this summer to help them achieve that goal.

You can find the latest version of the Best Buy mobile app in the App Store for free.