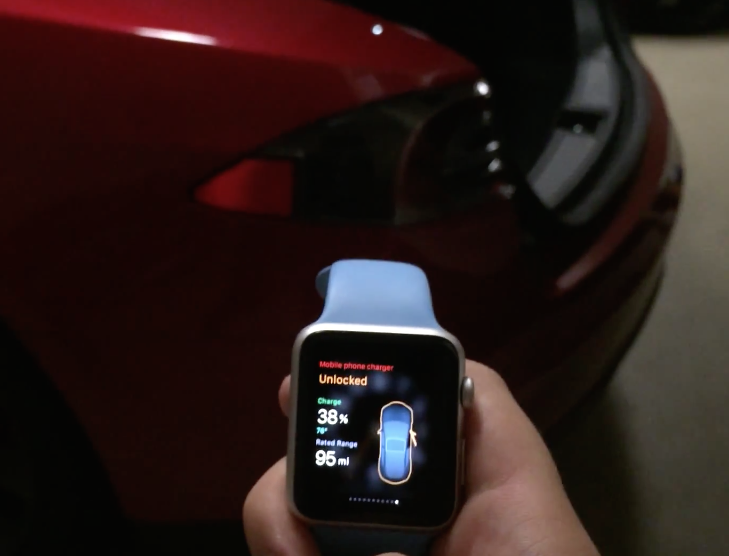 Developer Allan Wong posted an interesting video on YouTube today, showcasing his new Apple Watch app Remote S. In the clip, he can be seen using the wearable to control his Tesla Model S, performing tasks such as opening the charging port and adjusting the temperature.

While Tesla’s are pricey and not very common in most circles, the video is extremely impressive and worth watching. This is by far the most in-depth app we’ve seen demonstrated on the Watch, as Wong is able to use it to control nearly every function and feature of his vehicle.

Wong spent 3-4 days coding Remote S non-stop after receiving his [developer expedited] Apple Watch in the mail. It isn’t available yet, but it was very close to finished when the video was taken, so the final app should look very similar. He says he’ll let us know when it hits the App Store.