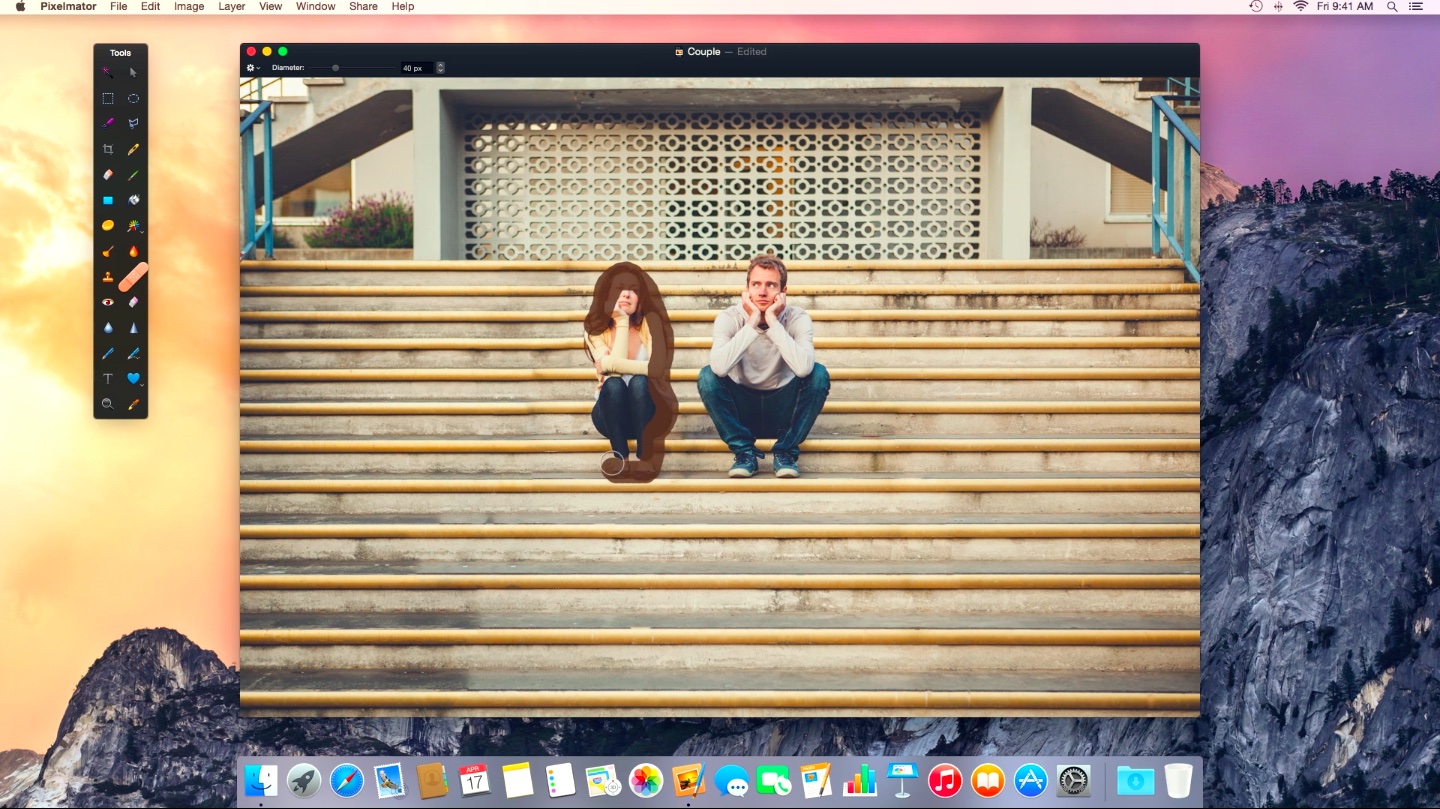 Pixelmator for Mac received a sweet update last evening, adding a trio of noteworthy features and a plethora of bug fixes. A free update to existing users of the app, Pixelmator 3.3.2 brought out an even more remarkable — and way faster — Repair tool.

It also added support for pressure-sensitive drawing on Macs with the new Force Touch trackpad and importing photos from the Photos app on OS X Yosemite 10.10.3. In addition to these perks, the app contains other tweaks and bug fixes.

The enhanced Repair tool, shown above, is the result of two years of refinements. Not only does it sport improved edge detection, content patching and color matching, but is now five times faster whilst producing significantly better results in removing unwanted objects than before.

Here it is in action.

“We even used the new Mac Pro (because it’s extremely fast and powerful) to automatically improve our Repair technology algorithms,” said the firm. 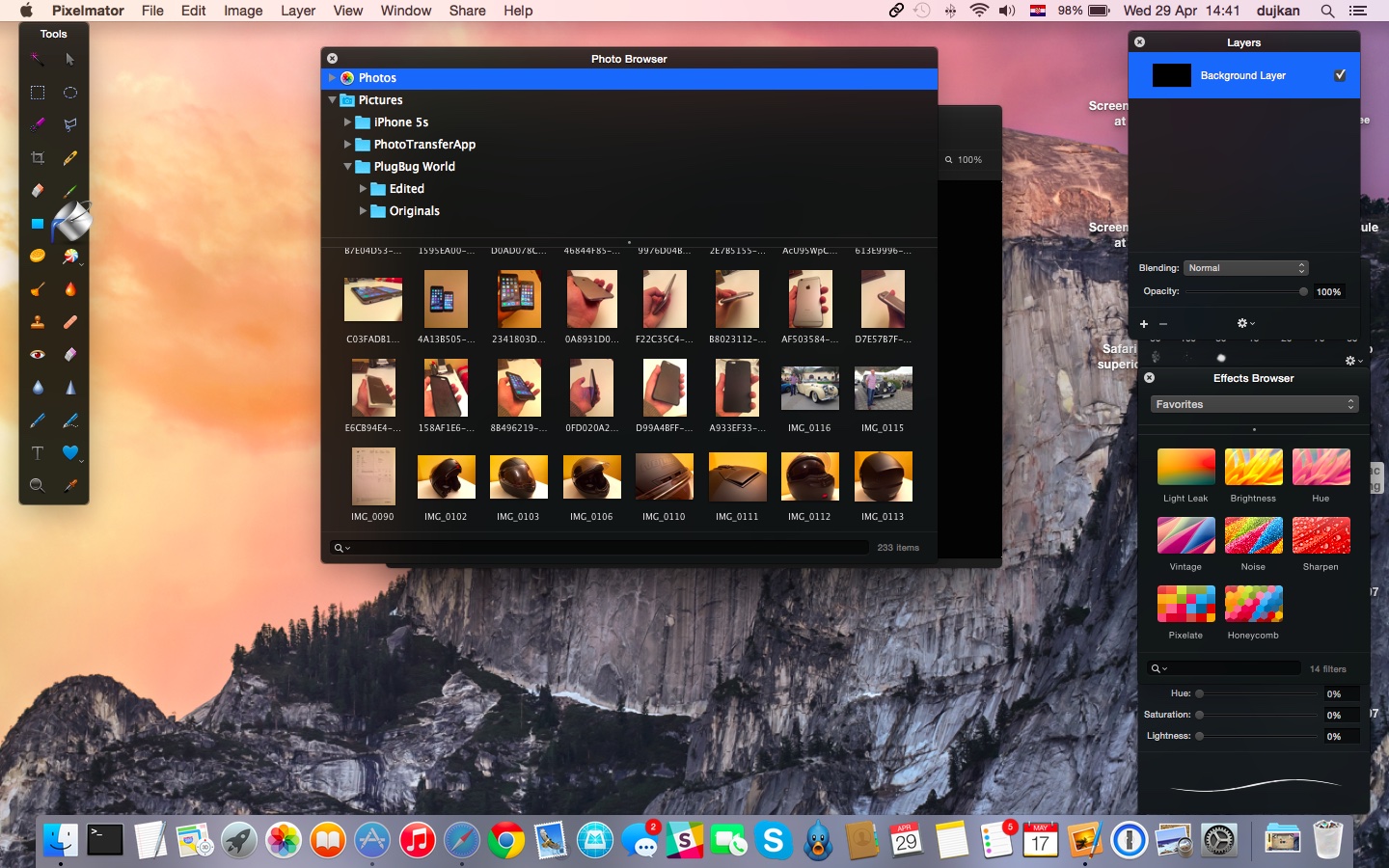 The force sensors detect how much pressure you’re applying, and Pixelmator changes the size of your brush. “It feels just like painting with a stylus,” said developers, though this feature is hardly a replacement for dedicated drawing tablets that graphics professionals use.

Other improvements and bug fixes:

Our own Jeff Benjamin made a little video explaining how Pixelmator’s Repair extension can be used to easily remove unwanted objects from images in other apps like Mail, TextEdit and more, here it is.