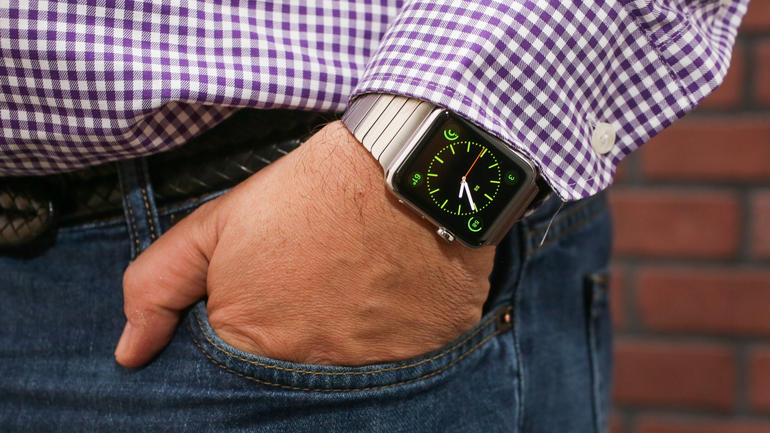 Apple has begun notifying developers who signed up for the Apple Watch Sport lottery on the Developer Center if they have been randomly selected to make the purchase. It allows many who pay the $100 iOS Developer Program fee to bypass the long waitlist of Apple Watch orders the public is facing and get the Watch earlier.

The lottery, which went up earlier this week, guarantees an expedited Apple Watch Sport order to be shipped on April 28 for developers to test their apps on. In an email sent to the lucky developers who won, Apple asks them to make the purchase by 5PM local time on April 27 to take advantage of the expedited shipping. 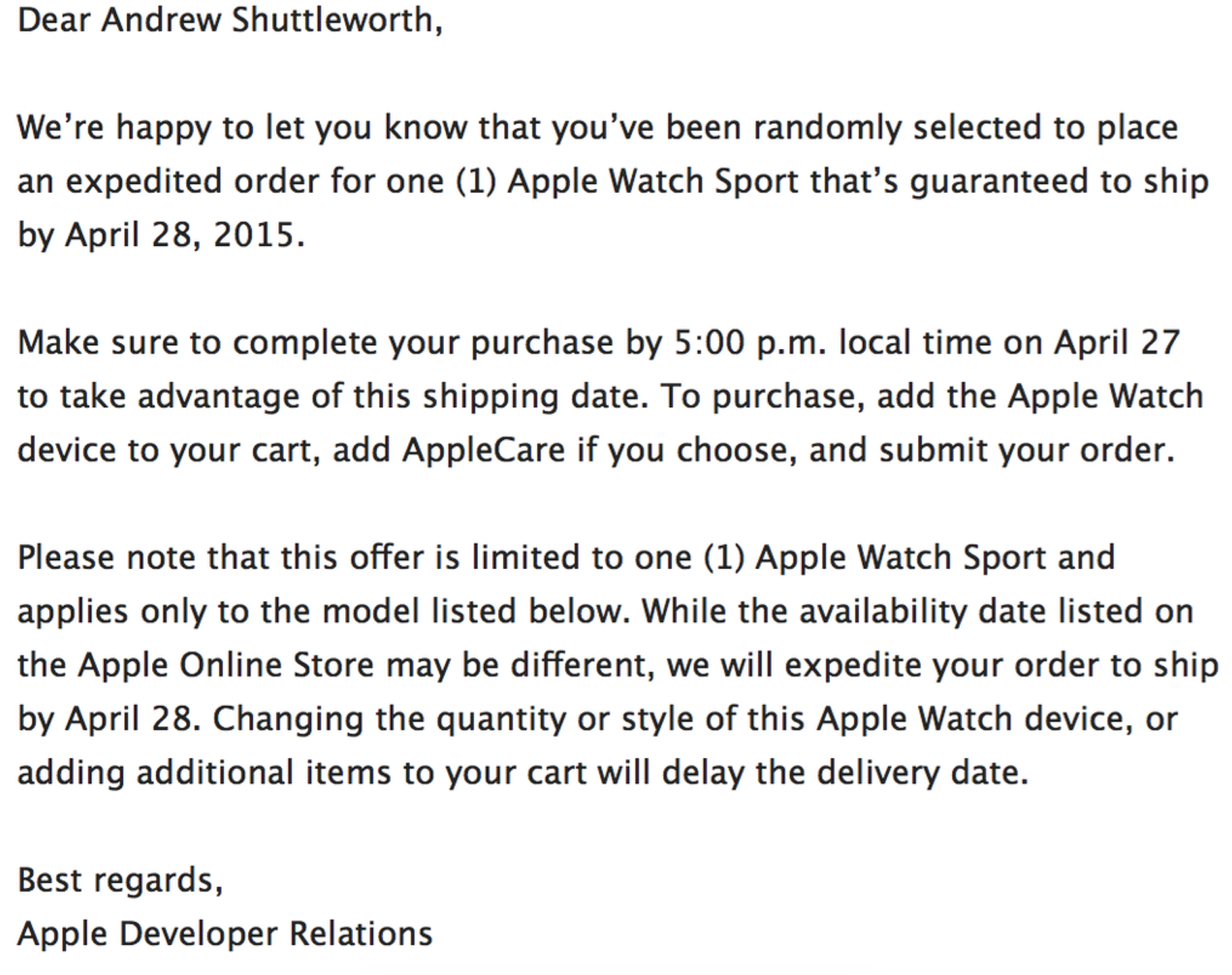 Winners are given the chance to buy a Apple Watch Sport with 42mm Silver Aluminum Case and Blue Sport Band, to be exact. It’s not clear how many winners Apple chose, but a Twitter Search reveals a few of the lucky ones. Apple says “this opportunity is offered by random selection and quantities are limited.”

It looks like these developers will receive their Apple Watch a few days after customers who were lucky enough to get in an early pre-order.